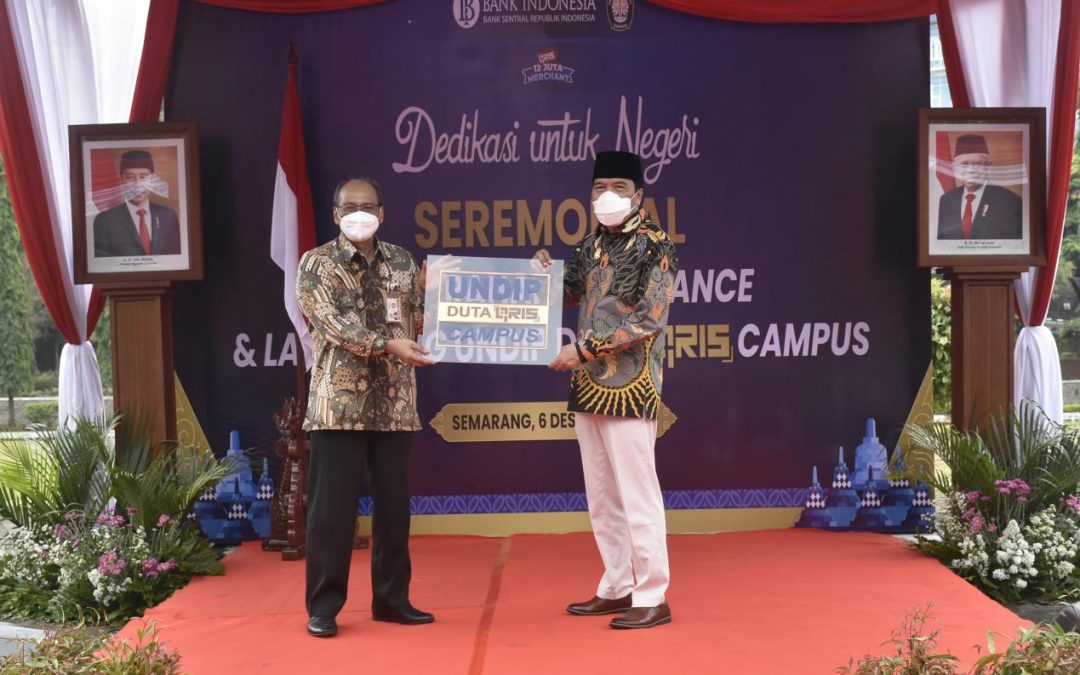 Diponegoro University (Undip) was chosen to be the ambassador for the Quick Response Code Indonesian Standard (QRIS) Campus program. Undip was trusted as a pilot project and became the first campus in Central Java to run the program.

This event was attended by the Undip Rector and his staff. Presented at the event were the Head of Bank Indonesia Central Java, Pribadi Santoso; the Head of Business Banking BNI of Semarang Region, Indra Novianto Sibarani; and Undip BNI Branch Manager, Dwi Wahyu Sejati.

Undip Rector, Prof. Dr. Yos Johan Utama, S.H., M.Hum., said that currently several activities on the Undip campus have taken advantage of the non-cash transaction feature. “Undip community is used to with non-cash transactions culturally. Later we will adjust it to what kind of application available and payments can be done in real time,” explained Prof. Yos.

Head of  Bank Indonesia Representative Office of Central Java Province, Pribadi Santoso in his speech said that the appointment of Undip as a QRIS Campus Ambassador would further increase QRIS transactions.

“With the inauguration of Undip as a QRIS Ambassador today, we are very optimistic that the volume of QRIS transactions within Undip will also increase,” said Pribadi.

Pribadi hoped that when face-to-face lectures return to normal, the use of QRIS by students will be more widespread, including for shopping for basic needs and transacting in the canteen.

“We hope that later this pilot project can also develop and expand so that we would be accustomed to transacting using a relatively safe non-cash payment system,” concluded Pribadi.

The QRIS program is the unification of various QR types from various Payment System Service Providers (PJSP) using a QR Code. QRIS was developed by the payment system industry together with Bank Indonesia so that the transaction process with the QR Code can be easier, faster, and secure.