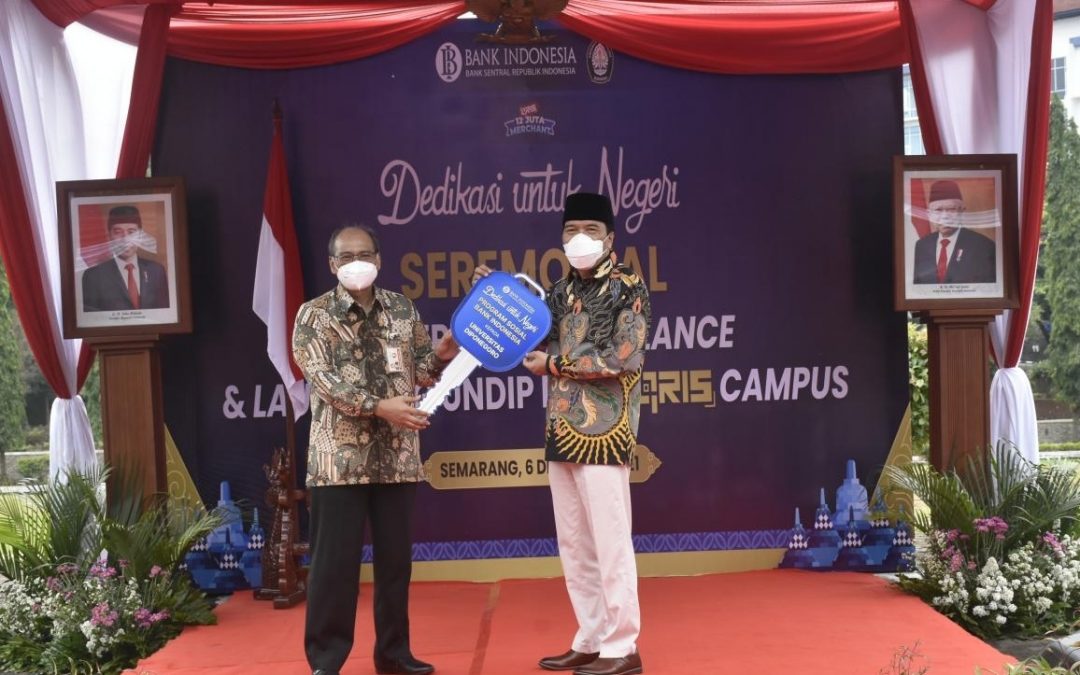 This grant acceptance event was attended by the Undip Rector and his staff. Presented at the event were the Head of Bank Indonesia Central Java, Pribadi Santoso; the Head of Business Banking BNI of Semarang Region, Indra Novianto Sibarani; and Undip BNI Branch Manager, Dwi Wahyu Sejati.

Head of Bank Indonesia Representative Office of Central Java Province, Pribadi Santoso expressed his gratitude and appreciation for Undip for warmly receiving grant assistance in the form of two ambulances.

“On behalf of Bank Indonesia, we would like to express our highest gratitude and appreciation to the Rector, all officials and leaders of Undip who are pleased to hold the handover ceremony for the Bank Indonesia Social Program (PSBI) in the form of two ambulances in this morning,” said Pribadi Santoso when giving a speech at the event.