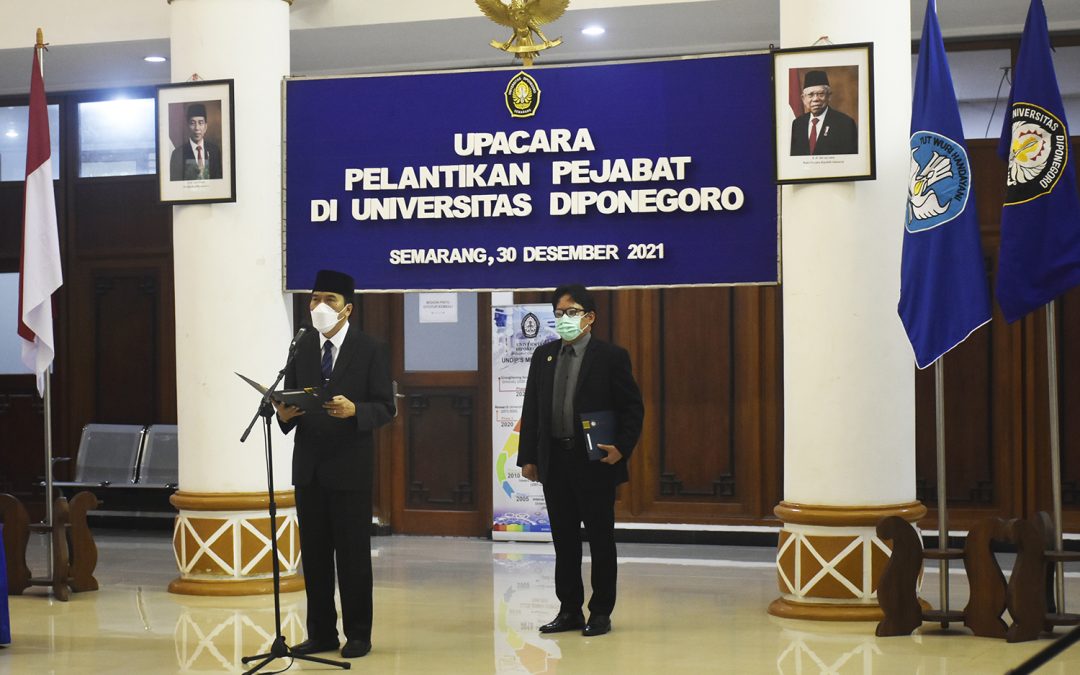 The Rector of Diponegoro University (Undip) officially inaugurated Undip officials on Thursday (30/12), at 02:00 PM in the Hall of the SA-MWA building, Undip Tembalang Campus. The inauguration ceremony was attended by the Chair of Academic Senate, Undip Rector, Vice Rectors, and Deans of Faculties and Schools at Undip.

Furthermore, accompanied by clergy, the officials were sworn in before the Undip Rector. Taking the oath of officials was carried out according to the religious beliefs of each person.

Undip Rector, Prof. Dr. Yos Johan Utama, S.H., M.Hum., in his speech expressed his congratulations to the inaugurated officials. “I congratulate the officials who have been sworn in and have taken the oath,” he said.

In addition, Prof. Yos advised the officials who have been appointed to maintain the mandate that has been given, because the mandate is a responsibility to the homeland, nation and state.

Furthermore, these inaugurated officials are expected to continue to improve Undip’s progress and improve the welfare of its employees, so that they can give a legacy for the next generation.

“Preparing a legacy for the next generation of leadership, namely the condition of Undip which is ready, established, independent and prosperous. In addition to university ranking, the indicators that show the advancement of Undip is the welfare of its employees,” added Prof. Yos. (Dhany – Public Relations)