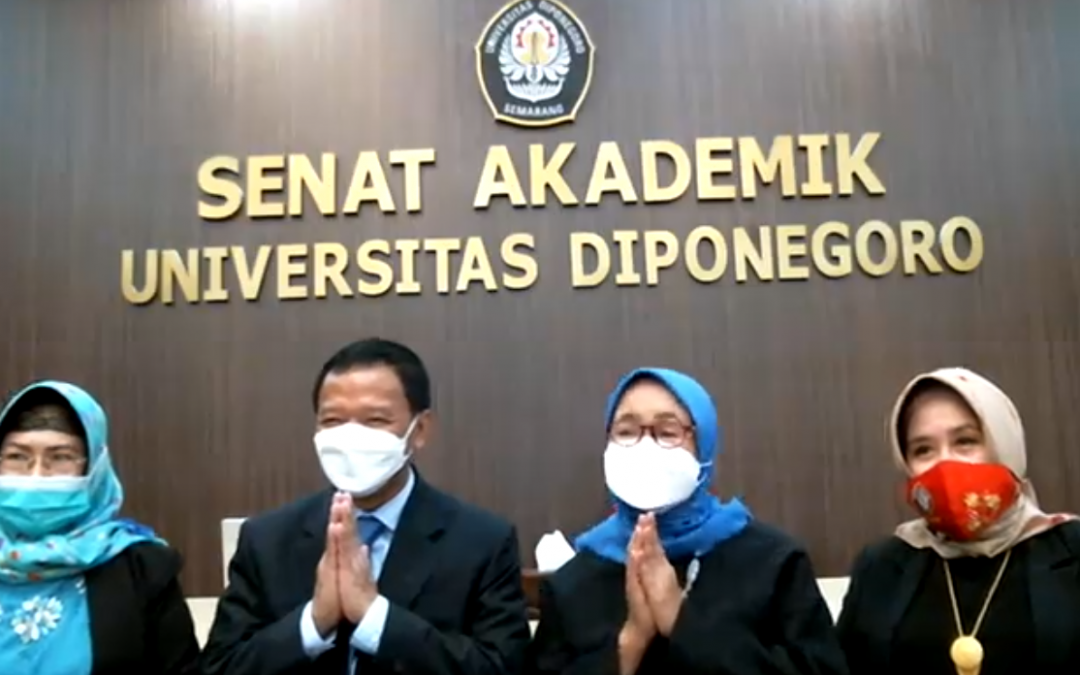 In her presentation, Dr. Ani Purwanti delivered material on “Pancasila and Gender Justice: Reflections on the Fulfillment of Women’s Constitutional Rights in Indonesia”. She conveyed that Pancasila is a view of life, ideology and the basis of the state as stated in the preamble to the 1945 Constitution. Pancasila as the basis and ideology of the state must be the soul that inspires all arrangements for social, national and state life. Pancasila and the 1945 Constitution as the ideal and constitutional basis should encourage the formulation of legal policy as a framework in legal development, including the regulation of human rights.

Fulfillment of women’s constitutional rights is one of the strategies to overcome gender inequality and injustice through the creation, renewal, revision of laws and regulations that specifically regulate the fulfillment of women’s rights. Gender mainstreaming (Inpres No. 9 of 2000) on gender mainstreaming in national development is a strategy built to integrate gender into an integral dimension of planning, preparation, implementation, monitoring and evaluation of national development policies and programs.

“This is a concept of equal conditions for men and women to obtain opportunities and their rights as human beings to be able to play a role and participate in political, economic, social, cultural, defense and national security activities. Equality includes enjoying the results of these developments. Gender is a concept that refers to the roles and responsibilities of men and women that occur as a result of social and cultural conditions of society which change every time,” said Dr. Ani.

Furthermore, Dr. Ani said that to realize a democratic Indonesia, the strategy is to ensure legal protection for women with legal substance that is gender fair and its principle should be non-discrimination. The government should strengthen the national mechanisms as a preventive, repressive and evaluative persuasive effort towards regional policies with higher regulations and constitutions, and develop a conducive culture for women and children to obtain justice, equality and equality. To create justice in Indonesia, enforcement on mechanism for resolving human rights violations based on gender, the fulfillment of rights and legal guarantees for services for women victims of violence, witness protection and guaranteeing women’s rights to be free from discrimination, exploitation and violence contained in state policies, as well as the practice of diversity in social life should be implemented.

“Until now, the attention of the government and industry to facilitate research on the development of traditional medicine is still very high, which can guarantee the continuity of the development of traditional medicines. The Indonesian Herbal Pharmacopoeia, which has been published by the Ministry of Health of the Republic of Indonesia, is a standard that is still being used by the public as a guide to the quality of traditional medicines. Several additional procedures in the second edition, such as analysis of total flavonoids and total phenolics, have been able to accommodate the problem of standardizing active compounds found in plants. However, more specific analytical procedures need to be developed to meet the demands of the times,” concluded Dr. Bambang. (Lin – Public Relations)