UNDIP Rector: The Basis to Apply for a Job at Undip is Competence 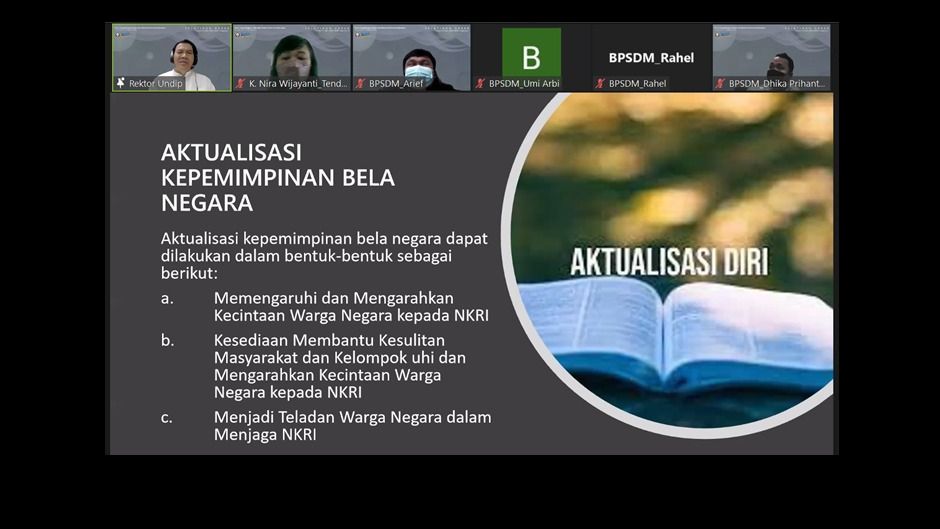 “To be able to apply for a job at Undip, the candidates must possess good competencies including a combination of skills, behavior, attitudes, and knowledge. While the autonomy of Legal Entity State Universities is academic independence, non-academic independence, not getting a share of civil servants position for either lecturers or education staff, and sooner or later financial assistance will not be funded by the government. In the end, Undip as one of Legal Entity State Universities will finance all operational costs and all Non-State Civil Apparatus employees. Employee welfare depends on the universities’ own income and there are progressive taxes, multi leadership, and there will be no more structural positions,” he said.

In his materials, Prof. Yos said that defending the state is closely related to ensuring the existence of the Unitary State of the Republic of Indonesia and the realization of the ideals of the nation as contained in the preamble to the 1945 Constitution of the Republic of Indonesia. Constitutionally, defending the country binds all Indonesians as the rights and obligations of every citizen. The basic values include love for the homeland, awareness of the nation and state, loyalty to Pancasila as the state ideology, willing to sacrifice for the nation and state, having the initial ability to defend the country, and the spirit to create a sovereign, just and prosperous country.

“Be faithful to Pancasila values by carrying out religious obligations properly and correctly, understanding and practicing the values of Pancasila in daily life, believing in Pancasila as the basis of the state, applying the principles and values deliberation to reach consensus, respecting and upholding human rights, and help each other according to the noble values of Pancasila to achieve prosperity,” he continued.

“Actualization of state defense leadership can be done in various forms, including influencing and directing the love of citizens to the Unitary State of the Republic of Indonesia, encouraging willingness to help the difficulties of the community or groups, as well as being a role model for citizens in protecting Indonesia,” concluded the Rector. (Lin – Public Relations)