For the Safety and Security of Assets from Fire Hazards, UNDIP Held a Fire Drill for the Security Unit 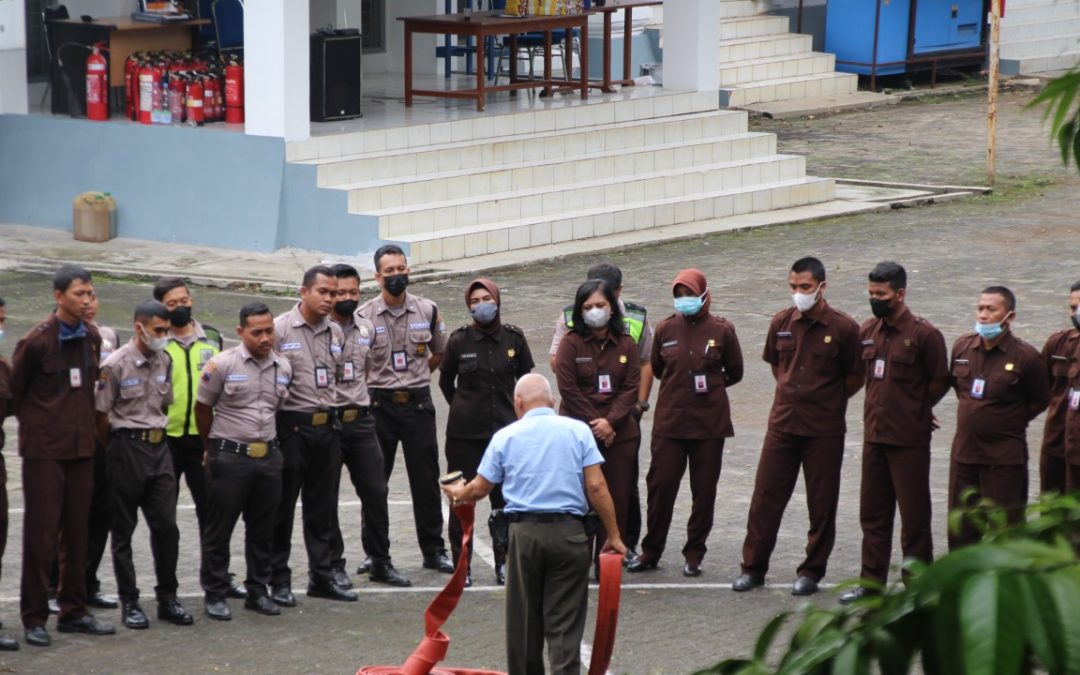 The Technical Implementation Unit (UPT) for Safety, Occupational Health and Environment (K3L) of Diponegoro University (Undip) together with the Assets and Logistics Unit held a fire drill on Tuesday (15/02) and Wednesday (16/02).

The fire drill was carried out in the SA-MWA building environment, precisely at the Undip Press parking area. This training session invited more than 80 security officers to participate. Implementing strict health protocols, as many as 40 security officers are present on each day.

Head of UPT K3L, Bina Kurniawan explained that the purpose of holding this exercise was to guarantee safety of the academic community of Diponegoro University as well as to secure assets from fire hazards. “Regarding the maintenance of tools, it is reported that the hydrant had problems and was difficult to use yesterday because it had not been used for a long time. So it needs improvement,” said Bina Kurniawan, Head of UPT K3L.

Bina stated that this exercise is important as an effort to maintain the operational state of an effective Light Fire Extinguisher (APAR) as well as preventive efforts from threatening fire risks.

As a provision, the security officers were introduced to 3 fire extinguishing systems, namely Traditional Fire Extinguishers (APAT), Light Fire Extinguishers (APAR), and Fire Hydrants. The Head of Counseling Section, Kus Triwandono said that putting out fires should not be done carelessly. Audiences should know the origin of fire and the three elements of fire, namely matter, wind and heat.

“If a fire is outside, we must know the technique to extinguish it. The technique is to extinguish the fire in the same direction as the spread of the fire,” explained Head of Counseling Section, Kus Triwandono.

After this pilot exercise is completed, UPT K3L Diponegoro University plans to make fire drill as a routine program. The program is intended not only for central security officers, but for all security units in each faculty. (Lin – Public Relations)