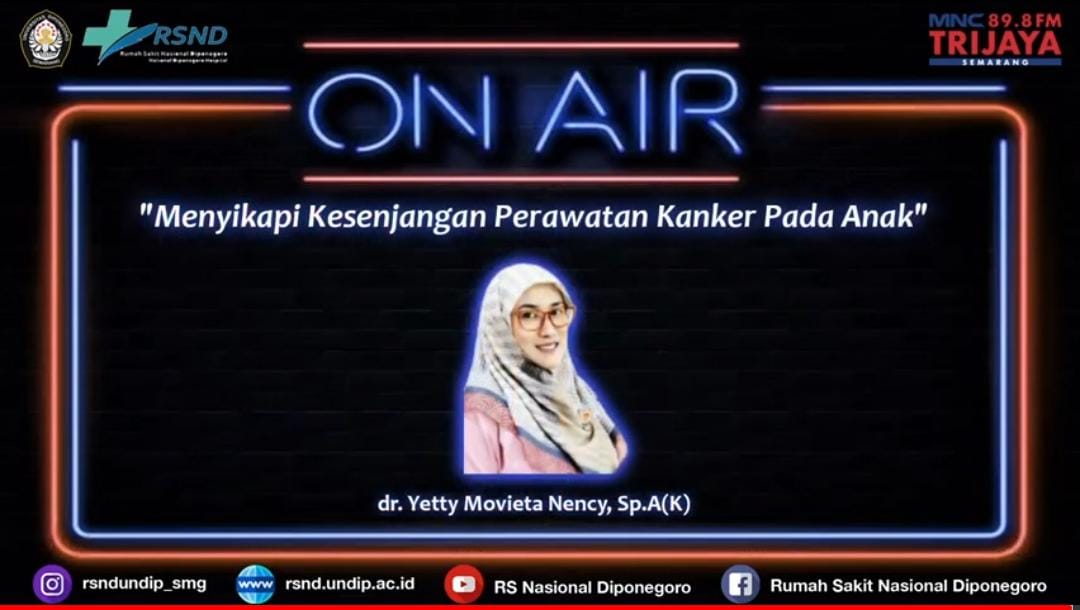 Cancer is not a disease that only affects adults. Children can also get this disease, moreover, if the symptoms that appear do not immediately get the right treatment. Symptoms of cancer in children are one of the things that parents often do not realize, so parents need to recognize the symptoms of cancer in children from an early age. Then appropriate treatment steps can be taken and the potential for recovery increases.

International Childhood Cancer Day (ICCD) is celebrated every February 15th. The day is commemorated as a form of concern for childhood cancer and as support for children with cancer. Given that cancer is one of the most deadly diseases, especially in children.

“Early detection of cancer and recognizing its early symptoms is very important. Parents, the community or health workers, Primary Health Care or basic services must really understand the symptoms. The family should notice if danger signs appear in a child’s body, for example an enlarged stomach, reduced vision, a lump in the neck or paleness. Awareness of the family is very important in noticing the condition of the child,” said dr. Yetty Movieta Nency, Sp.A(K), Pediatrician of Diponegoro National Hospital (RSND), Diponegoro University (UNDIP).

dr. Yetty said that early detection starts from prior knowledge or through health promotions that must be intensified, such as public service advertisements about health and television can be used as a medium. The signs include a lump which indicates that the body is not normal, pale, bleeding even if it is just a nosebleed, bleeding gums, bleeding skin, bruising or an enlarged stomach. The role of parents is very vital, so the knowledge of parents is very important and highly correlated with the level of education, socioeconomic status. In Indonesia, especially in rural areas, there is certainly a lack of information so that knowledge is needed about early detection of childhood cancer. Causes of childhood cancer can be internal factors, including genetics or external factors such as an unhealthy environment, pollution, free radicals, harmful chemicals, and eating foods with preservatives.

“What parents must understand is that recognizing childhood cancer is crucial because if it is found early, the recovery rate is higher. Health care insurance should also be considered for the sake of the child because the cost of treating cancer is not cheap and it should not be treated as early as possible,” she said. (Lin – Public Relations)