FH and FEB Ready to Increase the Number of Undip Professors 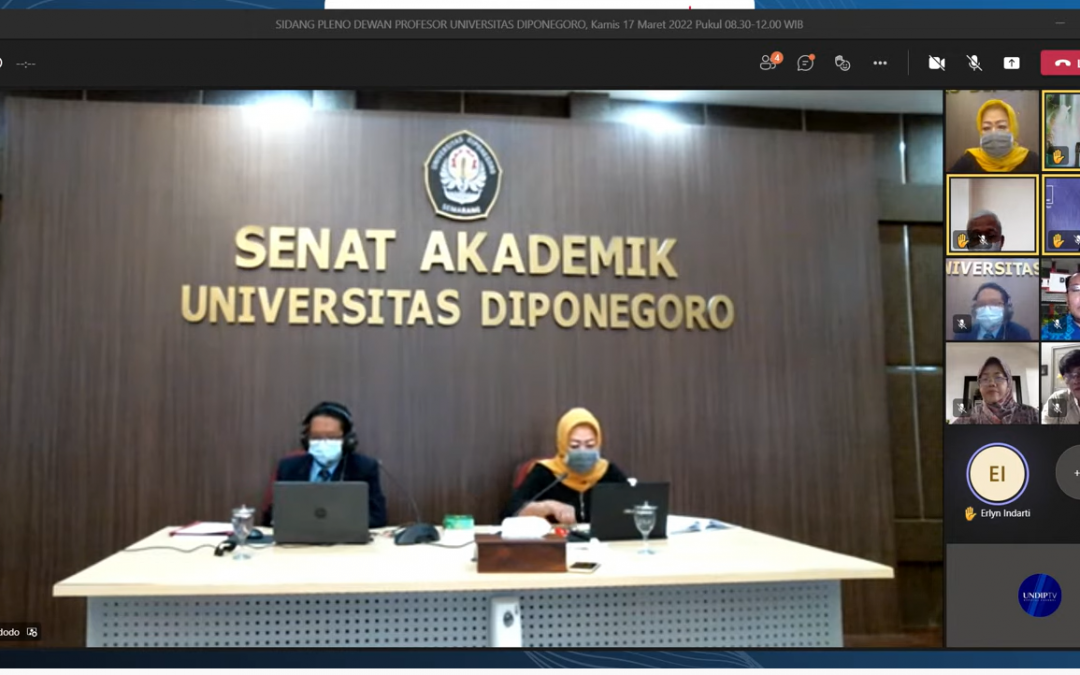 In his presentation, Dr. Nugroho delivered material on the “Corruption Economy: Can Indonesia Be Free from Corruption?”. Corruption is an extraordinary crime because of its enormous negative impact on the state or government, the general public, consumers, and entrepreneurs. In Indonesia, the prevention and eradication of corruption has been extraordinary. There are various legal institutions in charge of dealing with criminal acts of corruption, namely: the police, the prosecutor’s office, and the judiciary. In addition, in each ministry and state institution there is an inspectorate and supervisory body, then there is the Corruption Eradication Commission (KPK) which is a special institution formed with a strong enough legal position to eradicate corruption. There are also special laws regarding the eradication of corruption, namely Law Number 20 of 2001 and the Criminal Code.

Furthermore, he conveyed that the pure legal approach was less effective in preventing and eradicating corruption. This is evidenced by the Indonesian Corruption Perception Index which tends to stagnate and Indonesia’s position as a clean country does not improve much. “Economic factors that cause corruption include corruption because the government takes policies that distort the market, stability of the institutional structure, quality of the bureaucracy, level of competition and trade openness, wage gap between the public and private sectors, low wages in the public sector (State Civil Servants), and availability of natural resources.”

“In order to achieve the goal of a corruption-free Indonesia, an accelerated policy is needed to prevent and eradicate corruption. The corruption analysis approach can explain several things, first, about the supply side of corruption, especially bribes, namely from the side of the bribe giver or entrepreneur. Second, the economic approach in analyzing corruption can also explain why the level of corruption in Indonesia is still high. Third, from the aspect of economic variables that affect corruption, it can be concluded that the decrease in the level of corruption can also be contributed through policies that affect macroeconomic variables. Fourth, academician can apply an economic approach in analyzing corruption in the Tri Dharma of Higher Education, namely education and teaching by proposing trials of anti-corruption education courses, continue to conduct research on corruption, as well as in the field of community service by initiating and proposing the establishment of UNDIP WATCH,” said Dr. Nugroho.

Dr. Paramita discussed materials on “Competition Compliance as an Effort to Cultivate Legal Compliance for Business Actors in Indonesia”. She said laws or regulations regarding antitrust and fair business competition must be owned by every country. The Indonesian government has regulations regarding monopolies and fair business competition through Law No. 5 of 1999 concerning the Prohibition of Monopolistic Practices and Unfair Business Competition, where these regulations are a code of conduct for business actors. The compliance program with Law Number 5 of 1999 is expected to be an integrated part of company policies that binds all elements of the company from the highest to the lowest level. The compliance program will be an indicator for business actors where in carrying out business activities, as well as regulating interactions with suppliers, competitors and consumers must be in accordance with the principles of fair business competition as regulated in Law Number 5 of 1999.