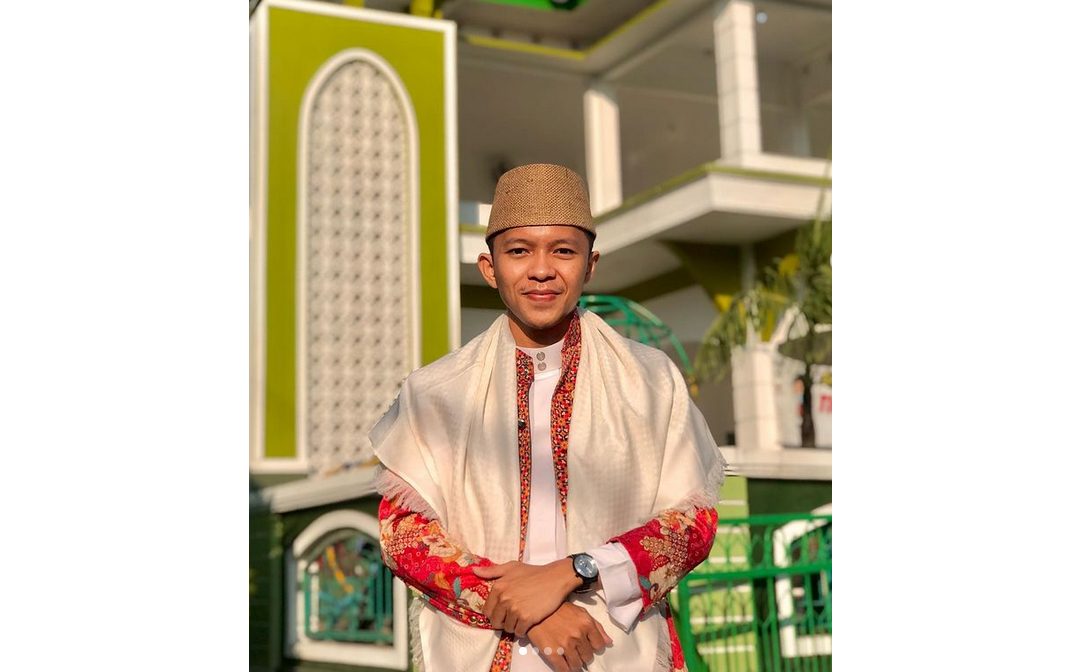 Diponegoro University (Undip) students have again succeeded in making achievements in the religious field. One of the outstanding students, Agil Munawar Fuady, a student majoring in Architecture, Faculty of Engineering (FT) Undip Class of 2019, won first place in the tausiah category in the 52nd Tilawatil Qur’an Week (PTQ) in 2022 held by the Public Broadcasting Institute (LPP) RRI Semarang on Saturday (02/04).

In his tausiah, Agil presented a material entitled “The Character Building of the Young Generation towards National Glory”. Presenting his material, Agil managed to look stunning in front of the jury, so that he managed to come out as the first winner in the tausiah category with a score of 79 points.

“I practiced as much as possible while preparing the necessary tools such as tripods and cellphones because the competition was held virtually. Alhamdulillah, on the day of the competition, I was able to perform optimally and won 1st place,” said Agil.

In addition, Agil is also an RRI ambassador/representative of Central Java and DIY regions who will be sent to take part in the PTQ LPP RRI national level competition in Takengon, Central Aceh Regency, Nanggroe Aceh Darussalam, on April 13, 2022. “After winning 1st place in the tausiah competition at PTQ LPP RRI Semarang, I continued to regional level. I again competed against 3 representatives who won 1st place in tausiah category from KORWILNUS XI Yogyakarta. They include the members of RRI Yogyakarta, RRI Surakarta, RRI Semarang, and RRI Purwokerto,” he explained.

“Alhamdulillah I won 1st place again. So I have to continue at the national level, which is what I’m currently doing in Takengon. Please pray for me to enter the final round and bring the trophy to my hometown in Semarang,” continued Agil.

Apart from being a student of Undip Architecture, Agil is also active as a Gambus musician. In 2020, Agil and several of his friends formed the Gambus Zabarjada Arabic Music Entertainment Semarang group. This music group usually performs Arabic genre songs such as sholawat, gambus, and qasidah. “We usually appear to entertain at weddings, walimatul khitan, recitations, and other religious events. Alhamdulillah, even though it has only been running for 2 years, we have had quite a lot of work and experience in our performance. We have performed in Semarang, Demak, Kudus, Jepara, Ungaran, and the farthest is in Bogor,” he said.

Agil is an example of a Diponegoro University student who has many achievements outside of the academic field. “Those who have hobbies or expertise both in the academic field and non-academic field must always be honed and developed. Besides that, you must also increase your self-confidence and focus on areas you feel comfortable in, don’t be easily jealous and tempted by other people’s success, because every human being must have their own path and measure of success,” concluded Agil.

In the 52nd PTQ activities in 2022 with the theme “The Mercy of the Universe, Recover Together, Rise Mighty”, LPP RRI Semarang held 4 types of activities, namely recitations, tausiah, tahfidz qur’an, and tartil qur’an for blind men. The PTQ was held online through the Zoom meeting platform and broadcasted live through the RRI Semarang Youtube channel. This activity is the initial series of the 52nd Qur’an Tilawatil Week (PTQ) in 2022 held by LPP RRI.