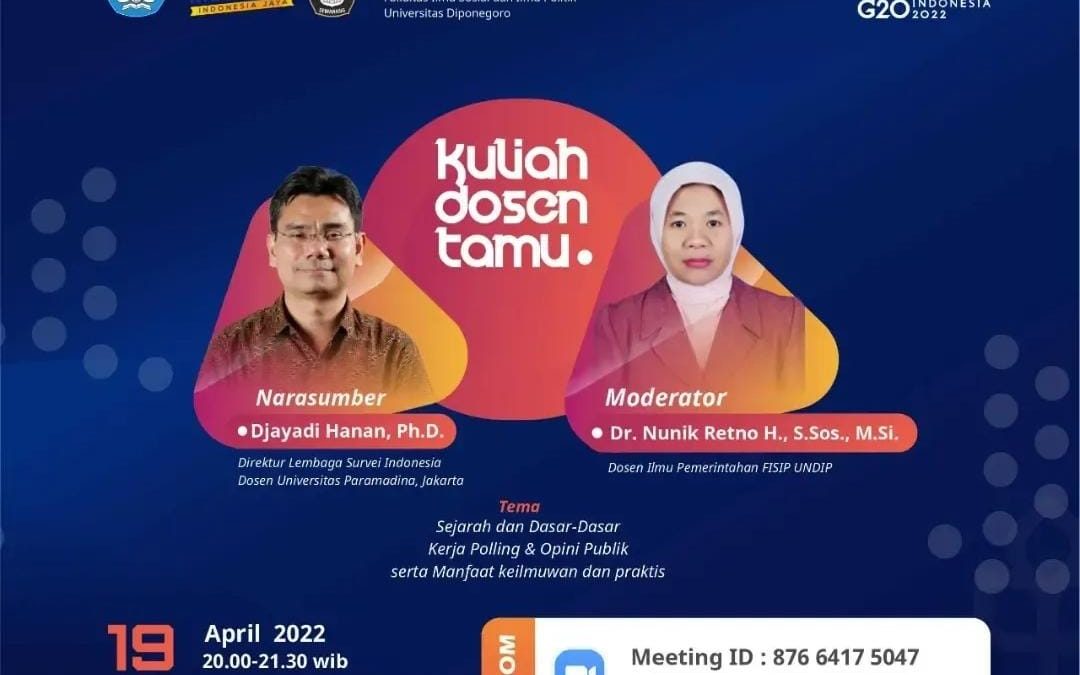 Furthermore, he said the steps for the survey process were determining the research objectives, determining the target population, selecting the survey mode and design, selecting the sampling frame, selecting the sampling method, making the questionnaire, conducting pre-test questionnaires, recruiting respondents, conducting interviews, processing data, analyzing data, and creating reports. In explaining public opinion, it is necessary to pay attention to what factors influence the public to have a certain opinion. There are three major theories or main explanations, namely sociological, psychological, and rational or rationality or political-economic approach.

The power of public opinion in sociology, humans as social beings will certainly relate to other humans, both as individuals and in groups together with other individuals or groups. (Lin – Public Relations)