The Figure of Kartini 2022: UNDIP’s Ace of Goat Researcher 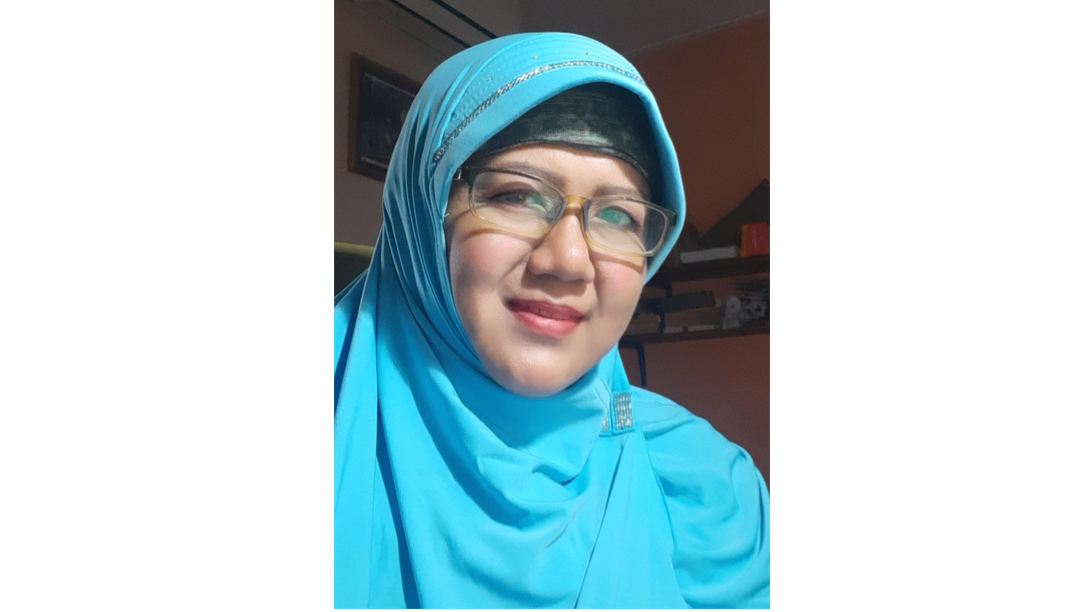 An important aspect that needs to be considered in a goat business is feed management in addition to broodstock and cage management. It is important because feed covers 60% of the total cost of production. However, to cultivate livestock goats does not have to start with a very large capital. Through small capital, goat business can be started and can generate profits because of their relatively fast breeding.

Raising livestock goats is a tricky business. For some people, when they hear the word “goat”, the first thing that comes to their minds is the smell or often called lebus or prengus. However, this does not apply to Dr. Ir. Retno Iswarin Pujaningsih, MAgrSc, Lecturer in the field of Feed Processing Technology, Faculty of Animal and Agricultural Sciences, Diponegoro University. She is the figure of present day Kartini, an Undip researcher who was called to explore the goat farming business.

“Goat breeders in Indonesia in general still use the traditional rearing system where grass or forage is taken from the surrounding environment and given directly to livestock. Those patterns can be an intermediary for worm transmission due to the presence of worm larvae. Although intestinal worms do not directly cause death, the economic losses caused are quite large,” she said.

“Infiltration of parasitic organisms, especially worms into the body of livestock to breed (infestation) in large numbers often causes farmers to loss because it suppresses productivity, among others in the form of weight loss, decreased milk production in dairy cattle and an increase in the rate of rejection of livestock organs such as meat, skin, and offal. In addition, worm infestations in large numbers can reduce the immune level of livestock. This facilitates the infection of various other diseases,” continued Dr. Retno. 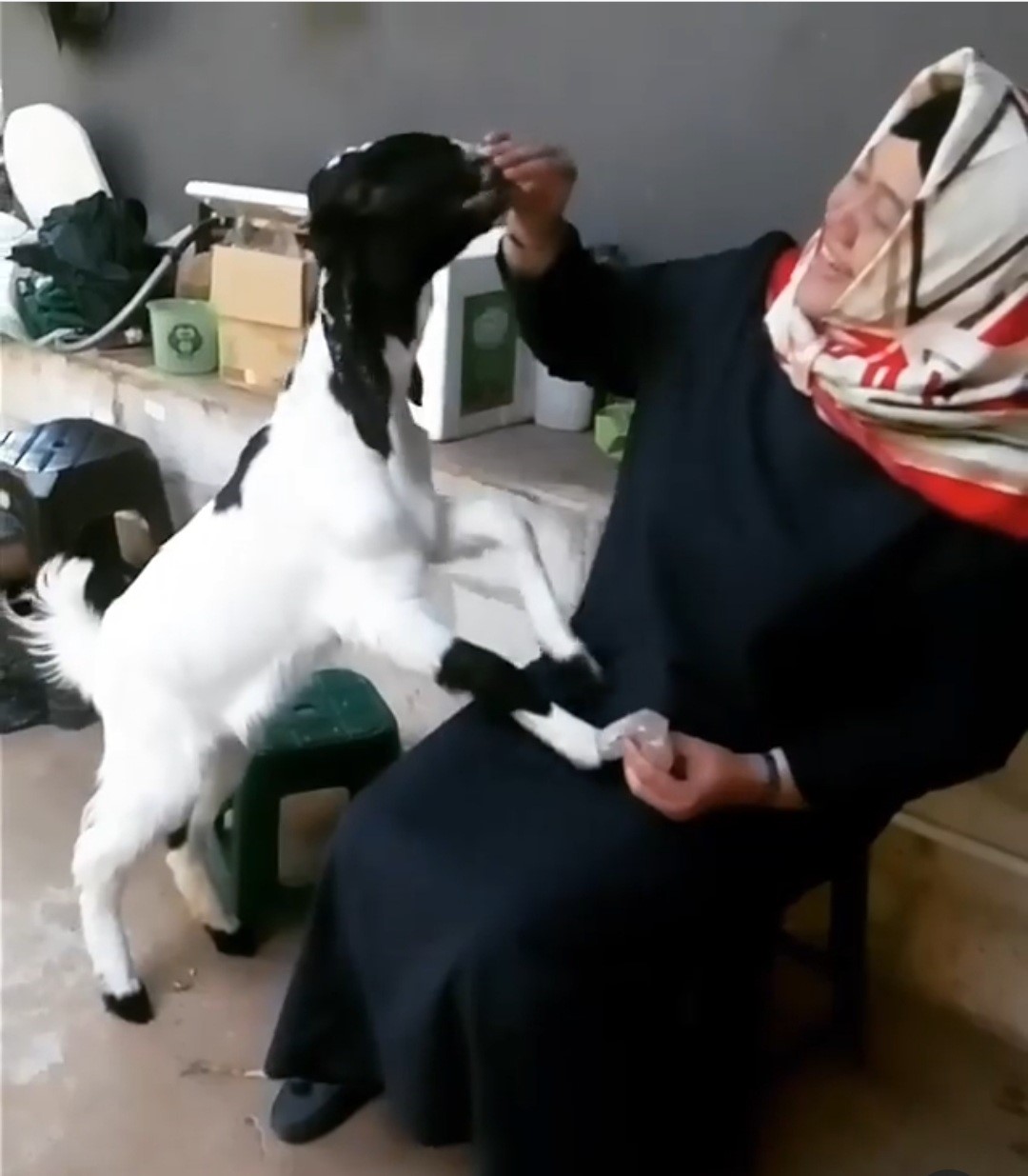 She conveyed that the activity of endoparasites causes the production of red blood cells to decrease, which is followed by a decrease in hemoglobin and hematocrit levels. The presence of endoparasites causes decreased body weight and anemia in livestock. Endoparasite infection in the body of livestock will be responded by increasing the number of leukocytes as an effort to defend themselves. Handling worms in livestock can be done by giving deworming medicine, but based on research that has been done it is known that chemical deworming drugs can cause resistance to certain types of worms. An alternative that can be used to replace deworming medicine is to give herbal deworming medicine.

Dr. Retno studied that papaya leaves contain compounds of alkaloids, tannins, saponins and flavonoids which have anthelmintic activity so that they can be used as anthelmintics. The provision of papaya leaves as an anthelmintic herb can be combined with feed supplements to support livestock productivity. For this reason, she created a multinutrient block formula which is a complementary feed or feed supplement that contains complete nutrients needed by livestock such as minerals, protein, fat and fiber. The presence of feed supplements helps increase the rumen microbial population so that crude fiber from forage feeds can be digested properly.

In addition to creating the block multinutrient formula, Dr. Retno is also active in campaigning for goat’s milk as a healthy nutrient. Not many people understand that besides the meat, goat’s milk is very beneficial for human health. Indonesian people are more directed to their mindset to consume cow’s milk. Advertisements about milk that appear in print and electronic media are cow’s milk. The market is also dominated by milk from cows. Milk that comes from Etawa goats, despite its big name as a goat that is able to produce good quality milk, still cannot replace the great name of cow’s milk.

“Goat’s milk is considered smelly and can trigger hypertension or high blood pressure and cholesterol problems, gout and other serious diseases. Actually, the smelly aroma depends on how to process it. Boiling milk until it boils will trigger a musty or goat-like odor, besides that it will cause protein denaturation or damage. Pasteurization is the most appropriate process to warm goat’s milk and preserve the healthy delicious liquid from pathogenic bacteria. It’s time for people to get the right information about goat’s milk,” she said.

In her research, goat’s milk can help lower cholesterol when consumed regularly. This is because goat’s milk contains Medium Chain Triglycerides (MCT) which reduce the production of cholesterol in the body. Cow’s milk also contains MCT, but goat’s milk contains more MCT (36%) than cow’s milk (21%). MCT is a type of dietary fat in the form of organic compounds, which are composed of carbon atom bonds in the form of chains, 6-10 in length. Meanwhile, Long Chain Triglycerides (LCT) are dietary fats commonly found in fatty foods/drinks, and have a chain length of 12-18. MCT can help supply extra energy for people with diabetes, chronic kidney and lung, where other fat intake is not recommended to be used. Since MCT has a shorter chain length, food can be absorbed more quickly by the body and metabolized faster, so calories can be converted into body energy immediately. Thus, MCT is the right choice for those who require additional energy supply for growth, hard work, increased athlete stamina, or to overcome the decreased energy production due to the aging process.

“There are several benefits of goat’s milk for health, including containing natural antibodies that have the ability to cure tuberculosis, safe for asthmatics because it does not trigger the formation of phlegm, the protein content of casein is less than cow’s milk so it is safe for those who are allergic to high protein, the lactose content is lower than cow’s milk. For people who have low lactase enzyme levels, it is safe to consume goat’s milk. Goat’s milk can also be consumed by ulcer sufferers because it has alkaline minerals and Zn which builds the immune system. Goat’s milk contains Alpha2-Beta Casein and essential amino acids forming insulin which are useful for diabetics, contains High potassium which can prevent arteriosclerosis, high and low blood pressure (stabilizes blood pressure), and contains Riboflavin (vitamin B2) and vitamin B3 which grow and develop brain cells and the nervous system so that it is good for children’s intelligence and reduces the frequency of migraines,” explained Dr. Retno.