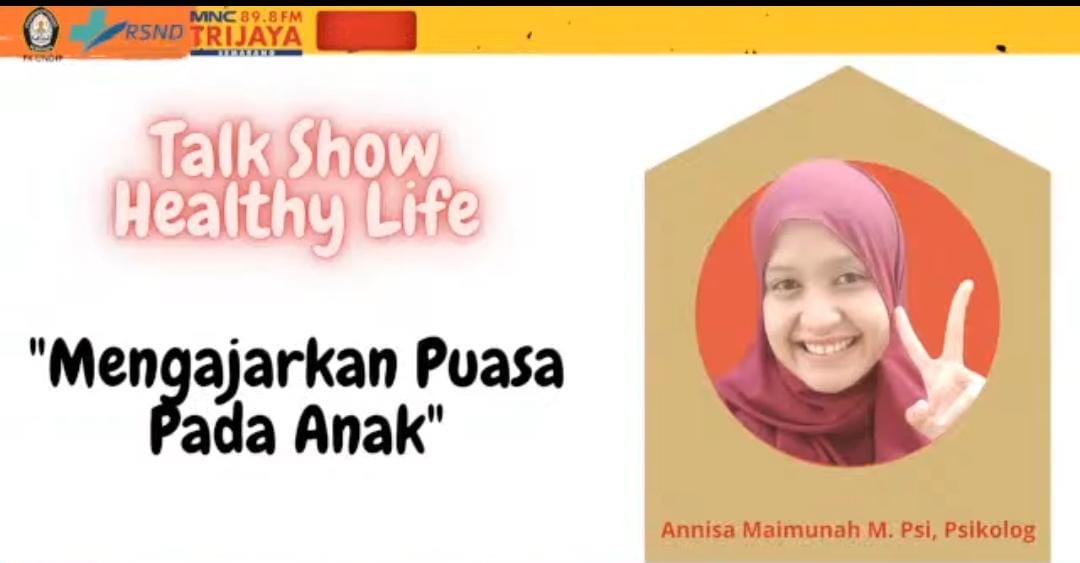 Fasting in the month of Ramadan has passed, an activity in refraining oneself from eating and drinking for a certain period of time, or abstaining from consuming certain foods or drinks. Fasting is not only done during Ramadan month, there are several types of fasting that are also practiced, such as fasting on Mondays and Thursdays. In the rules of some religions, children are generally included in the group that is not required to fast, the same as pregnant women and people who travel far. It is good to teach children to fast from an early age, but parents must pay close attention so that fasting continues to be safe for the children’s physical and psychological conditions. Although it is not easy to teach children to fast, it is important for parents to do stimulation from an early age to form pleasant fasting habits.

“Children can be introduced and taught with fasting activities from an early age gradually. Of course we teach fasting to children so that when children are obliged to fast, they are used to doing it,” said Annisa Maimunah, M.Psi, Psychologist (Clinical Psychologist with expertise in Child and Adult Psychological Assessment; Psychotest; Self-Development; Counseling and Psychotherapy for Mental Health Problems), Diponegoro National Hospital (RSND), Diponegoro University (Undip).

“Fasting is one of the behaviors that is taught from parents to children. One of the important points in the formation of behavior is the provision of direct reinforcement. So if the child succeeds in achieving the target we are aiming for, we must immediately provide feedback in the form of reinforcement right away. The easiest form is praise. For example, saying ‘you did great, you already did fasting until twelve o’clock, but it would be even better if you can continue it until maghrib’, these words would be a motivation,” she continued.

Annisa said that to train children to fast, parents must be more patient. It starts from the parents first by setting an example for the children. Along with giving examples, training is carried out according to the stages of age. Of course, by not forcing, so it would not traumatize the children.

“We also have to prepare our children to face all the consequences of fasting. This is so that the children are ready. For example, fasting has many pleasures but also some disadvantages, such as feeling hungry and having difficulty controlling emotions. Children should also be taught how to deal with it. In the early years of the child’s age, the important thing is to be trained slowly without the need for explanation. But along with the development of the function of thinking, parents can while instilling the concepts of fasting and other worship. Parents must prepare themselves and the children to make it easier to do the training of fasting,” she explained. (Lin – Public Relations)