Department of Industrial Engineering FT UNDIP Held Tribute to Dr. Ir. Bambang Purwanggono, M.Eng as a Form of Appreciation for 36 Years of Dedication 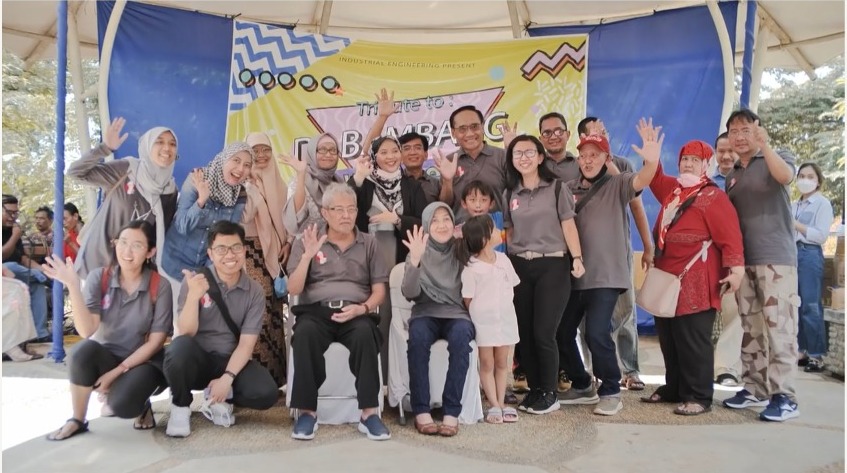 The series of events began with exercise and breakfast and was enlivened with entertainment, culinary delights, games & door prizes, alumni gatherings & tracer studies to the ceremonial Tribute to Dr. Ir. Bambang Purwanggono, M.Eng. Head of the Master of Industrial Engineering and Management, Department of Industrial Engineering, Dr. rer. Oec. Arfan Bakhtiar, S.T. M.T. in his speech mentioned that there were several activities previously held in the context of the Tribute to Dr. Ir. Bambang Purwanggono, M.Eng such as “Webinar Series 24: Research Edge In Industrial Engineering and Management with the theme Standardization in Industry” on April 22, coinciding with his birthday. “Next is the collection of several papers which are arranged into an anthology,” he added.

Dr. Ratna Purwaningsih, S.T., M.T., IPM as the Head of the Department of Industrial Engineering expressed her joy of the achievements of Dr. Ir. Bambang Purwanggono, M.Eng and thanks to his wife, Dewi Hendrawati, S.H., M.H., along with his family who are willing to attend the special event organized for him.

In his speech, Dr. Ir. Bambang Purwanggono stated, “I actually find it difficult to say words or people say speechless because 36 years is not a long period, but of course after this is a stage where I enter something new.”

In between his teaching activities, he is also active outside the Diponegoro University campus, including as Dean of the Faculty of Engineering, UNIMMA (1998-2001); UNIMMA Vice Rector of Academic Affairs (2001-2005); Head of UNIMMA Quality Assurance Team 2004-2006; Chairman of the Academic Senate of FT UNIMMA (2011-2014); Chairman of the  BKSTI for Central Java & DIY (2002-2006 and 2011-2014); Deputy Chairman of the MASTAN Coordinator of Central Java (2005-2010); Chairman of the Regional Management Board of MASTAN of Central Java Region (2010-2015) as Head of the Central Java Standardization Society; Person in Charge of Orange Knowledge Project IZCM Cooperation Nuffic Netherlands (2019-2022); Members of the ICM Acceleration Team of Central Java Province (2020-2022) and many other positions that cannot be mentioned one by one. (Diah – Public Relations)