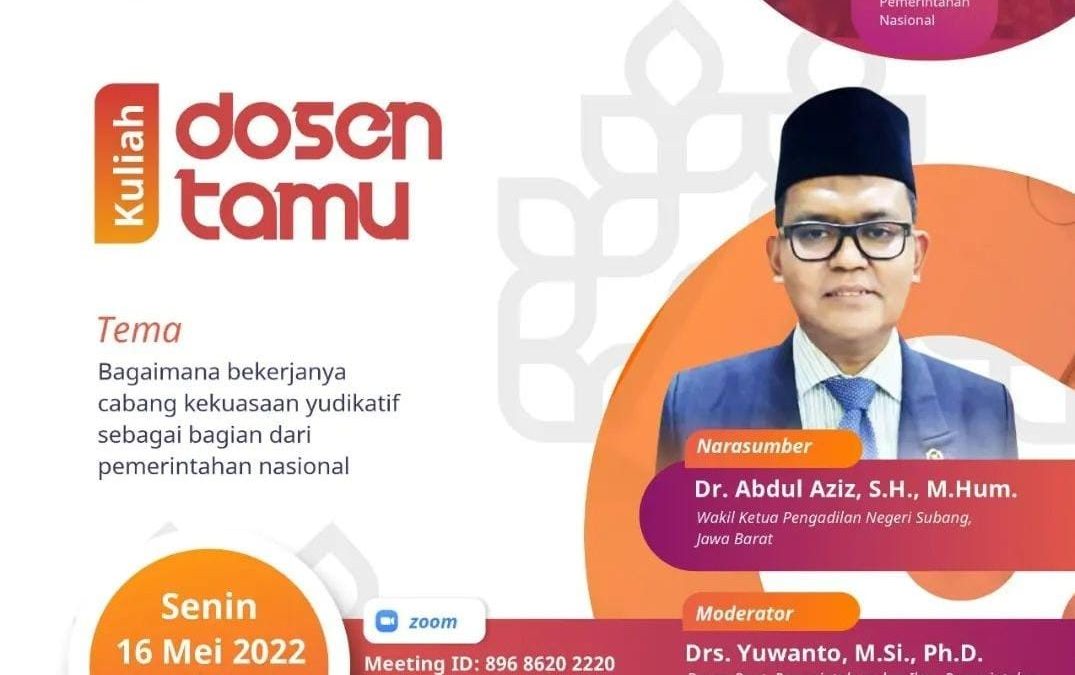 In the material presented by Dr. Abdul Aziz, S.H., M.Hum regarding “The Operation of the Judicial Power Branch as Part of the National Government” explained that the 1945 Constitution of the Republic of Indonesia was enacted on August 18, 1945, re-enacted by a Presidential Decree on July 5, 1959 and confirmed by acclamation on July 22, 1959 by the House of Representatives (as stated in the State Gazette Number 75 of 1959).

State institutions that hold power according to the law are the House of Representatives (DPR), the President, the Supreme Court (MA), and the Constitutional Court (MK). Article 20 (1) DPR holds the power to make laws, Article 4 (1) the President holds government power, the MA and the MK in article 24 (1) judicial power is an independent power to administer justice to uphold law and justice. Meanwhile, the MPR’s authority includes selecting the President and Vice President from two pairs of candidates for President and Vice President proposed by a political party or coalition of political parties whose pairs of candidates for President and Vice President won the first and second most votes in the previous general election until the end of their term of office, if the president dies, quits, is dismissed, or is unable to carry out his obligations during his tenure at the same time (article 8 paragraph (3)).