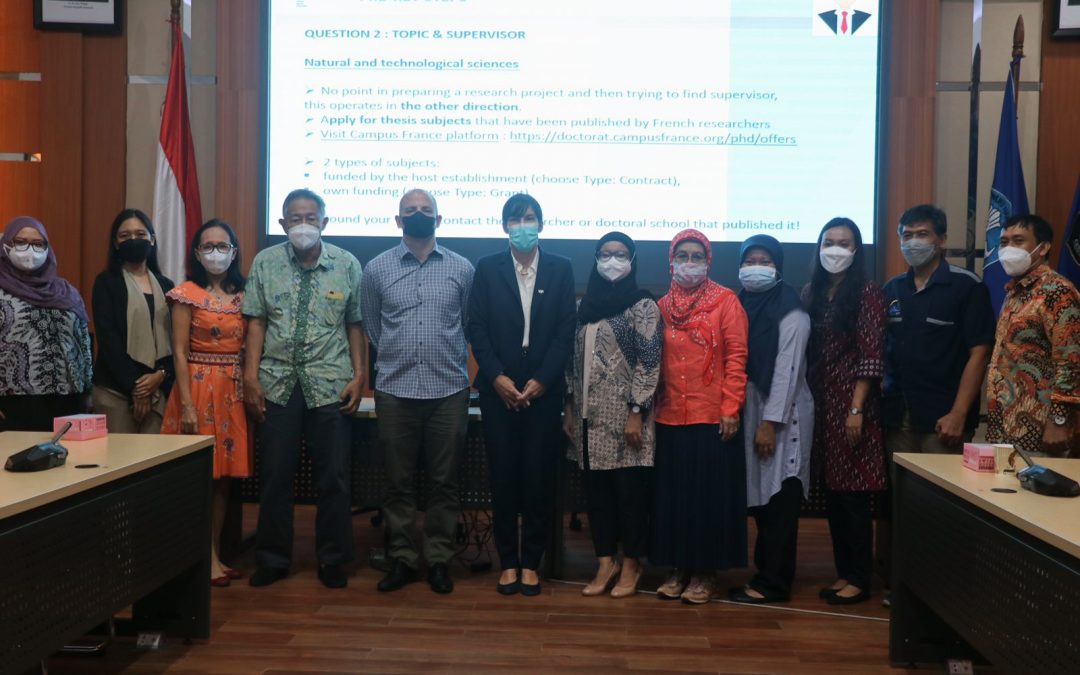 Anggun said that Undip has collaborated with several universities in France. However, there are agreements that must be renewed because their contracts have passed, including with Universite De Poitiers, Association Internationale Interdisciplinaire de la Decision (A2ID), A2ID & Medicis Business School, Universite de Bretagnes Occidentale France, and Université de Nantes.

Welcoming this offering, Philomène Robin stated that the renewal of cooperation is the right thing to do, and there is a possibility to expand the field of cooperation. Priority targets include business and management, languages/diplomacy, maritime, and engineering. There is a slogan in France, namely “In France everyone gets scholarship” so it is not surprising that many educational institutions in France provide scholarships because it is a government program. Robin explained about educational programs and scholarships at various universities in France, ranging from undergraduate to doctoral programs. For doctoral or PhD programs, grants of funding are available which are used for research activities. “However students need to find a thesis topic and a supervisor thesis before starting doctoral programmes in France,” said Robin.

This discussion also discussed the possibility of planning a double degree program, especially for Undip IUP students to carry out studies at Undip and also at partner universities in France. “Regulatory schemes need to be established before making the MoU. Reciprocal cooperation will be better so that Undip students can gain international exposure by studying in France, and vice versa for students from universities in France to study at Undip. Hope we can work together to strengthen it, to train the next generation of scientists,” said Robin.

In addition to academic cooperation, Anggun briefly explained the work program of IO Undip in protecting international students studying at Undip. “We will make Warung Perancis, where students can visit to learn French language and culture through the media provided such as magazines and videos of French culture. The place is in the IO Student Lounge,” said Anggun. (Titis – Public Relations)