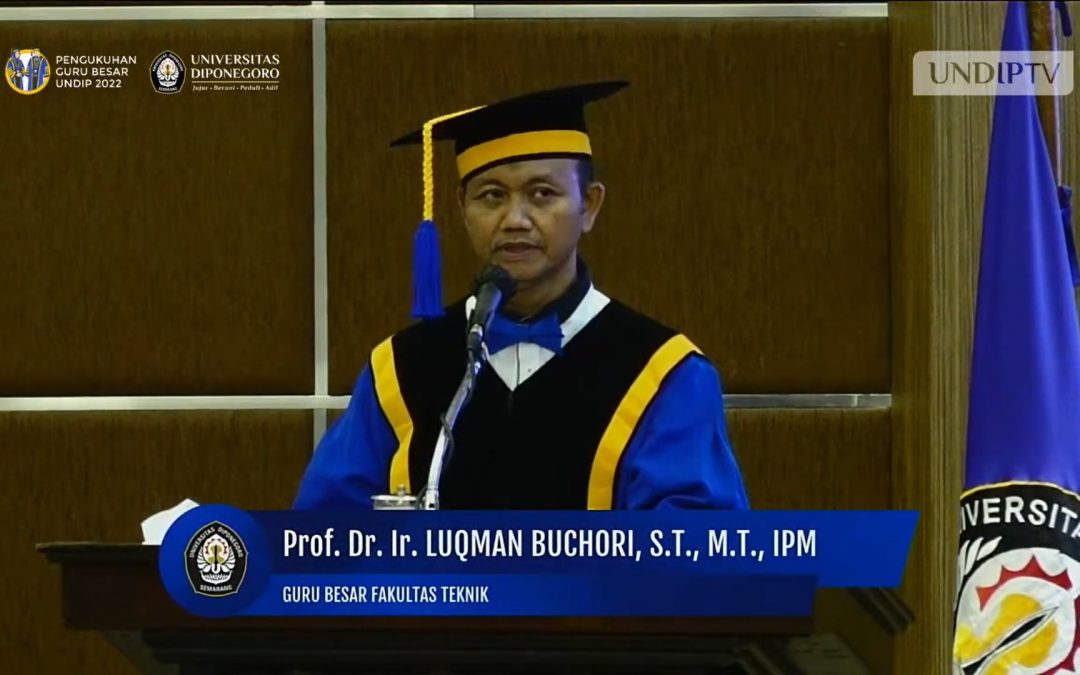 Most countries in the world, including Indonesia, currently still use fuel oil (BBM) as an energy source. The continuous use of fuel oil on a large scale will reduce the availability of world oil reserves. The effects of using fuel oil cause many problems. In addition to draining the country’s foreign exchange due to imports, it will also cause a greenhouse effect.

“Therefore, this problem needs to be overcome, namely by looking for alternative fuels that are renewable and environmentally friendly and can cope with the increasing energy demand.” said Prof. Dr. Ir. Luqman Buchori, S.T., M.T., IPM. in his speech entitled “Innovation of Biodiesel Production Technology to Support Energy Independence in Indonesia” during his inauguration as Professor, on Thursday (16/06).

This lecturer at the Faculty of Engineering has launched an alternative fuel from new and renewable energy in his research, namely biodiesel. The advantage is that this biofuel biodiesel is believed to save the country’s foreign exchange and can also realize energy independence which is one of the benchmarks for national security. In addition, biodiesel can replace diesel fuel without requiring engine modifications, and can be degraded easily and the combustion emissions produced are more environmentally friendly.

So far, the Indonesian government has implemented a mandatory biodiesel policy, namely the regulation of the gradual replacement of fossil diesel energy with mandatory biodiesel. The mandatory biodiesel program began to be implemented in 2008 with B2.5, which is a biodiesel blend content of 2.5%. Since January 1, 2020, the mandatory B30 program has been carried out with a blending content of 30% biodiesel and 70% diesel oil. This program, according to Prof. Luqman, is considered to be one of the national priority programs to reduce emissions while reducing dependence on fossil energy, especially in the transportation sector.

The use of a catalyst from geothermal solid waste with used cooking oil as raw material has succeeded in getting a fairly high biodiesel yield of 98.23% with an ester content of 100%. The biodiesel produced is also able to meet biodiesel standards. The use of waste as raw material for making biodiesel will be able to reduce competition with vegetable oils and animal fats used as food and health/pharmaceutical materials.

In this research, Prof. Luqman collaborated with LPPM Undip and the Ministry of Research, Technology and Higher Education. The collaboration has several benefits for the community, namely introducing and inviting people to use environmentally friendly energy, as well as overcoming the problem of waste cooking oil that pollutes the environment. In carrying out this research, Prof. Luqman admitted that he received support from peer groups in the energy sector, guidance students for both undergraduate and postgraduate programs and the Undip Plasma-Catalysis Laboratory.

Prof. Luqman expressed hope that the innovations he produced could support the programs launched by the government. “The development of the potential of natural resources both used as raw materials and catalysts is a challenge for the development of biodiesel production. This biodiesel production technology innovation is expected to be able to support the mandatory biodiesel program launched by the government,” he said. In addition, he hoped that by being inaugurated as an Undip Professor, he can further advance Undip and bring Undip’s name to the national and international level with real works.

“Being a Professor is not the end of everything but becomes an encouragement to be able to produce works that are more brilliant and useful for institutions, society, nation and state.” he concluded.