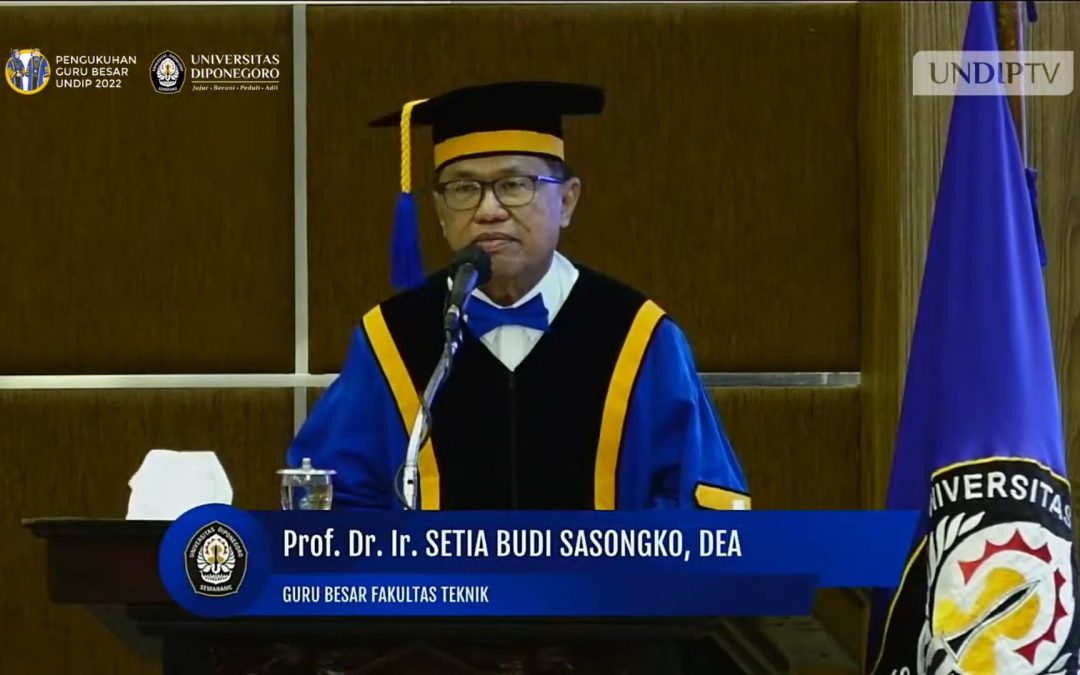 Prof. Dr. Ir. Setia Budi Sasongko, DEA., was officially inaugurated as one of the Professors of Diponegoro University on Thursday (16/6) thanks to his research in the field of renewable energy. He saw the main problem in the food drying process which still uses fossil energy. In fact, the drying process is considered important to maintain food quality while fossil energy supplies are starting to decrease.

Food is a primary human need. Unfortunately, according to the results of the 2011 FAO study, one-third of the food produced for human consumption is lost and wasted in the harvest and consumption processes known as Food Loss and Waste. The problem of food loss is caused by a decrease in the quality of food that is not suitable for consumption. The cause is the activity of microorganisms that have an impact on the quality of taste, nutrition, or appearance, and can even cause disease. For this reason, a drying process is needed to reduce the water content in the food.

By reducing Food Loss and Waste through the drying process, we are also supporting the Sustainable Development Goals (SDGs) Number 12 which reads “responsible consumption and production.”

To answer the problem of the drying process using fossil energy, Prof. Setia Budi offered a method using solar energy that utilizes direct heat as an alternative as well as being an energy prospect in the future. According to him, the use of natural dyes in solar cells (dye-sensitized solar cells) is the development of third-generation solar cells that are friendly to the environment. Utilization of the temperature difference can be used as a power source or vice versa based on the Seebeck-Peltier principle.

“The use of renewable energy is part of the number seven sustainable development goal (SDGs), namely affordable and clean energy. By utilizing solar energy, energy decentralization can be implemented,” said the 61-year-old lecturer at the Faculty of Engineering. He believed the use of renewable energy can be a good prospect and also cheap. Even so, he did not deny that there will be challenges in other fields, namely technology.”

“The combination of these two things is expected to be a prospect that food independence and cheap energy can be realized. However, there are still some obstacles, both in technology, which are challenges to realizing the affordability of cheap energy, and quality food,” explained the man who serves as Head of LP2MP Undip for the 2019-2024 period at the end of the speech entitled “Prospects and Challenges of Food Drying Process with Renewable Energy in Support of Sustainable Development Goals”.