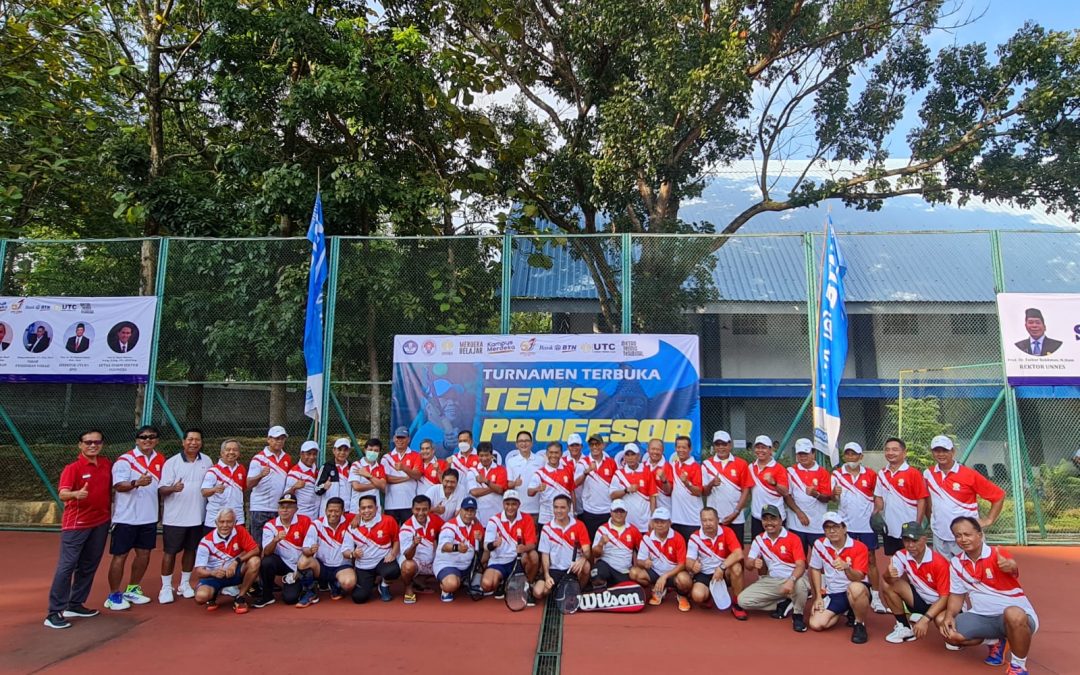 Diponegoro University won second place in the 2022 Professor Tennis Open Tournament which was held at Semarang State University, on Saturday (11/6) and Sunday (12/6), last week. This tournament was first held in 2021 and was attended by rectors, professors, deans, and professors from various universities, with the mandatory conditions for being Professor.

Prof. Suharnomo said that the aim of this tournament was to build networks with other campuses and to implement a healthy lifestyle.

“The important point is on networking because many things can be solved if we know each other well, formally and informally. Almost all who attended this event came from various campuses, so that togetherness and cooperation can be established, especially in the MBKM era, we must speak out. Undip’s performance yesterday was unexpectedly a surprise because it won second place,” he said.

Even though it was the first time for them to participated in this tournament, Prof. Dr. Suharnomo, S.E., M.Si., and Prof. Dr. Jamari, S.T., M.T., won the second place, beating the defending champion from Padang State University. Meanwhile, the other two Undip teams made it into the big 16.

“Coincidentally, Undip is diligent in carrying out routine exercises, and Undip provides good facilities to support sports activities. For this match, we also selected professors because many of them are members of the tennis group and like to play tennis,” continued the Dean of the Faculty of Economics and Business Undip.

He hoped that this activity will inspire anyone to keep moving with positive activities including sports such as tennis, badminton, gymnastics or cycling.

In line with Prof. Suharnomo, Prof. Jamari said this competition was an effort to strengthen the relationship between universities and to maintain and improve fitness.

“This event is not held to pursue competition or to win the title of champion, the most important thing is as a medium to strengthen the relationship,” concluded Prof. Jamari. (Lin – Public Relations)