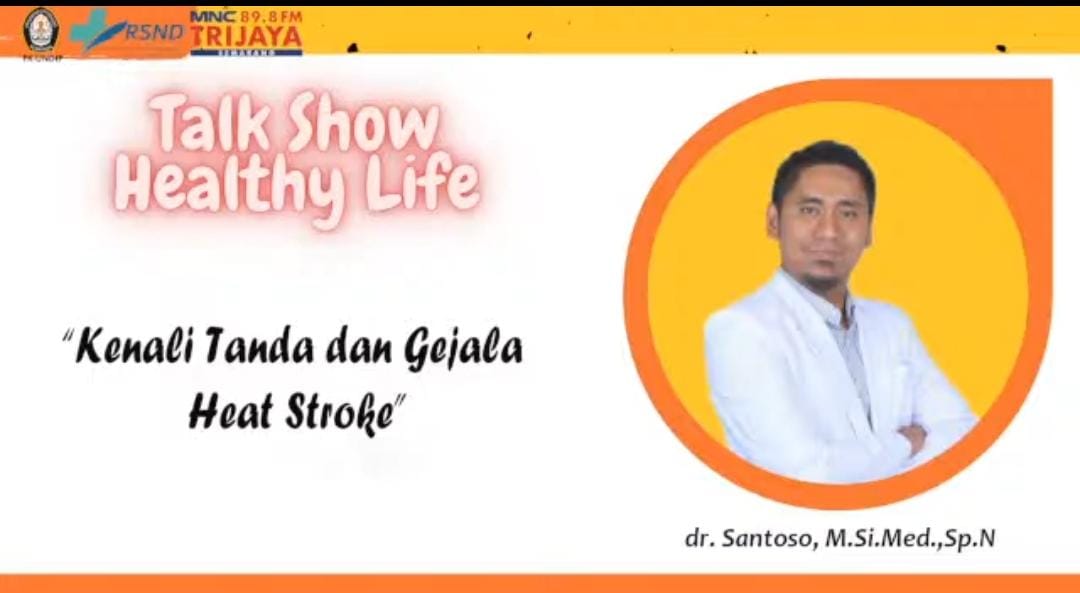 Hot weather has begun to be felt in several areas in Indonesia in the last few days. The increase in temperature occurs because Indonesia is entering the dry season phase. Hot weather can cause heat and has the potential to bring health risks, one of which is the risk of heat stroke. Heat stroke is a health disorder due to hot air, usually occurs due to the body’s inability to adjust to high temperatures. Heat stroke usually occurs when a person receives exposure to heat from the surrounding environment beyond his body’s tolerance limits, for example when the weather is very hot. In addition, exercise or excessive physical activity can also be the cause of the emergence of this condition.

“Heat stroke is an attack or disturbance of the central nervous function, namely the brain caused by an increase in temperature in the environment, it can be too hot or also excessive activity in the environment which is also hot so that it will disrupt the function of the central nervous system,” said dr. Santoso, M.Si.Med., Sp.N., Neurologist at Diponegoro National Hospital, Diponegoro University.

dr. Santoso said that there are two types of heat stroke. First, classic heat stroke, usually occurs in people who have low immunity, generally the elderly or infants. The second type is exertional heat stroke, due to excessive activity when or in an environment where the temperature is high so that it interferes with brain function to properly adjust the body temperature.

“When we are active and we forget to drink, it can affect the emergence of heat stroke. Efforts to keep us safe from hot weather include wearing hats when outside, drinking enough, and wearing light clothing. In choosing activities, you must also be wise, if you feel dizzy, take a break and consume water,” he said. (Lin – Public Relations)