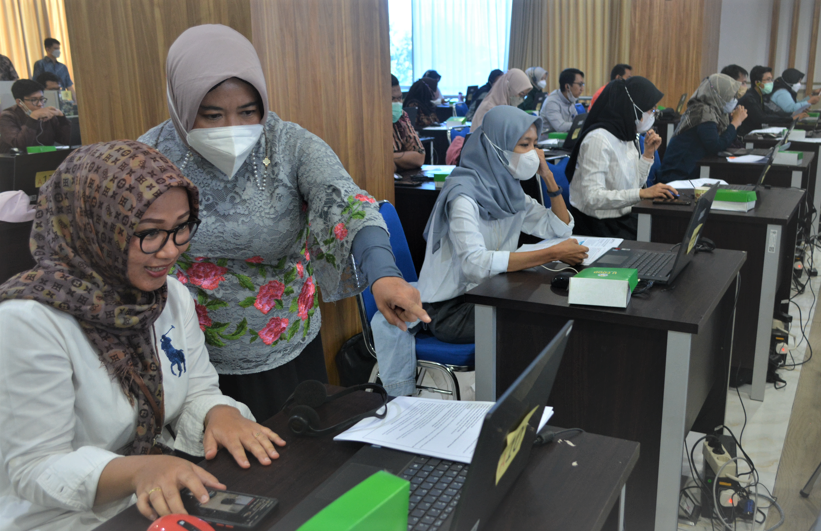 Secretary of the Education Quality Assurance and Development Institute (LP2MP), Dr. Paramita Prananingtyas, S.H., LLM said that for Undip UM registrants there were 34,103 participants while the UM’s capacity was 50% with the test material covering the Scholastic Potential Test (TPS) which included numeric, verbal, reasoning and English tests.

To attract public interest in Undip, LP2MP and several Deans of faculties have also implemented outreach and promotion programs in several cities outside Java. The results are very significant in increasing the number of enthusiasts who want to enter Undip.

“Don’t panic about the network, Undip’s network is very optimal, participants only need to look for a stable and strong network. Don’t rely on tethering on mobile phones because it looks like there will be a lot of problems so you have to use good access such as a wifi network. Next, do the exam questions calmly, be relaxed and optimistic,” he said.

On the first day of implementation, the supervisors conveyed the rules that must be obeyed by the UM participants, including the participants must turn on the Zoom camera/video during the exam, are prohibited from leaving Zoom during the exam, are prohibited from engaging in jockeying, dishonest acts, and committing other cheating, must working on exam questions on time and based on the given time allocation, and must ensure that the wifi network or quota is sufficient for doing the online exams.