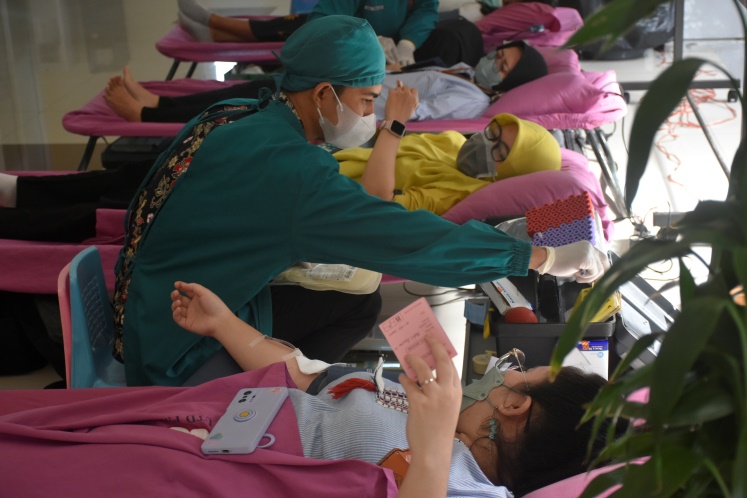 This activity is a form of appreciation to all blood donors around the world who regularly donate blood every three months. By doing so, it is hoped that more people will be able to voluntarily donate blood to improve the health and safety of other people’s lives around the world. June 14 is observed as World Blood Donor Day with the aim of raising wider awareness of the importance of the availability and safe use of blood and blood products.

Nadila Karamina Qatrunnada as Deputy Commander of KSR PMI Undip said that this activity was a work program of KSR in commemoration of World Blood Donor Day which is carried out once a year and this is the first time this year it has been held at Undip.

The World Blood Donor activity is expected to increase public awareness to increase blood supply, donate blood to people in need, and share knowledge with members of the KSR PMI Unit Undip. This activity is implemented according to the health protocols. The committee of KSR PMI Undip also held a webinar on HDDS.

UKM KSR PMI Undip is a Student Activity Unit at Diponegoro University which is engaged in the field of Red Cross and based on humanitarian principles. (Afifah – Public Relations).