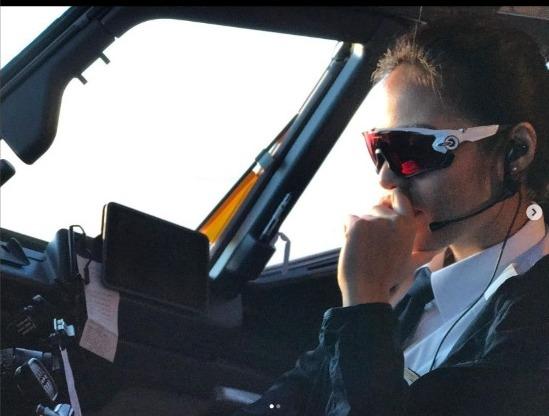 Succeeded as a female pilot is Soraya Syahnaz’s highest goal. Her educational background as an alumnus of Master of Notary, Faculty of Law, Diponegoro University (MKN FH UNDIP) did not stop her from realizing her dreams and continuing to learn. For her, the MKN Undip campus is one of the best choices when searching for superior campuses. In addition, there are many new things that can be learned both academically and non-academically during college, that is the reason for her interest in studying notary science since 2009.

The impression she got while studying at Undip was when she first had to go abroad and was far from her parents, because both of her parents were domiciled in Jakarta. “At first it felt so difficult to live because I had to be completely independent and facing the struggle to do everything by myself. Alhamdulillah, as the time clocks, everything went well,” said Soraya (Monday, 18/07).

Her experience in the field of aviation began after earning a bachelor degree and then continued with taking the pilot school entrance exam at the Bali International Flight Academy (BIFA) located in Buleleng, North Bali. At that time, PT. Garuda Indonesia has a cooperation program with BIFA. If you pass BIFA, you can immediately enter and join Garuda Indonesia.

“Alhamdulillah, I passed and was accepted to take part in the pilot training program at BIFA. The training program that I have to take is approximately 10 months. After that, I participated in a pilot education program at Garuda Indonesia, as a First Officer (FO) for the Boeing 737-800 aircraft, which I am still operating until now,” she added.

Inspired to follow in the steps of her father who is also a pilot, she was asked by his father to continue her postgraduate studies to be precise at the Master of Notary study program in Undip. For her, education is number 1 (one). In the past people often talked about her that she was tired of studying for a postgraduate program so she became a pilot, but she did not think that it is true.

“No one is tired of studying, education will be our career capital forever. Like during this pandemic, where aviation has a very bad impact, I feel that I still have the basics of education as a notary if indeed I can’t be a Pilot anymore even though I don’t want to give up my pilot job,” she concluded firmly. “So don’t ever feel lazy or bored to study, it will all be very useful and be a provision for us to work anywhere later,” Soraya conveyed her message. (Diah/Astri – Public Relations)