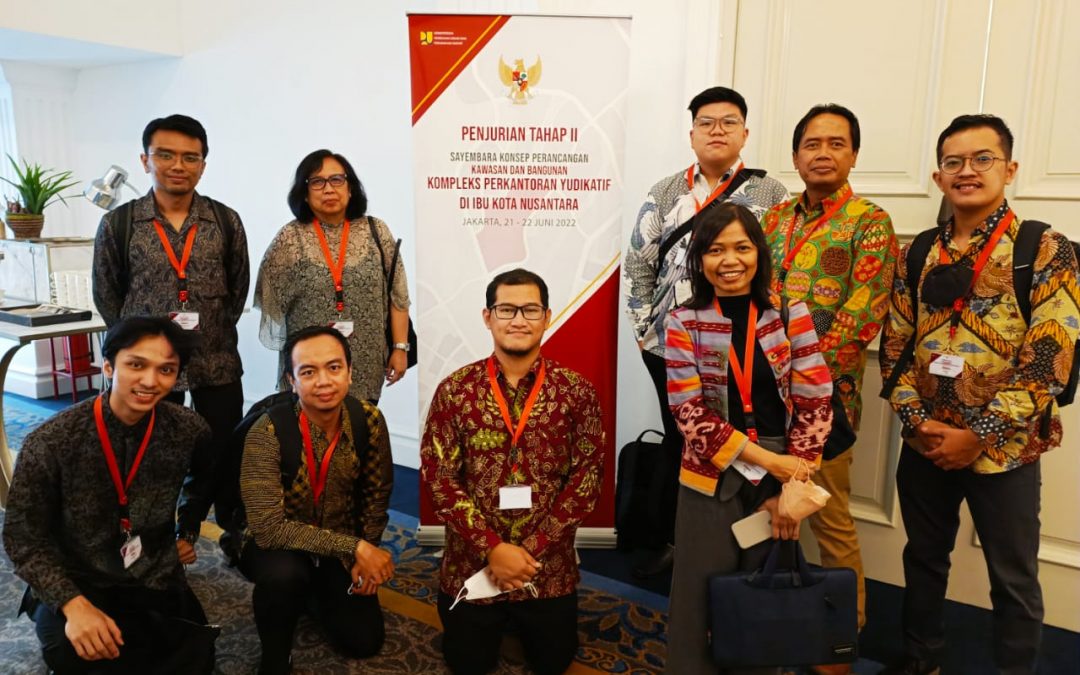 A design concept named Adil Ka’Talino has succeeded in bringing Ary to first place. This concept was chosen because the dignity of the Judiciary is in accordance with the philosophy of the local people, namely the Kanayatn Dayak Tribe.

“One philosophy of life is Adil Ka’Talino, which means fair to others (humans). This supports the aim of establishing the Supreme Court, Constitutional Court, and Judicial Commission, to fight for justice. Actually there are 3 meanings in a series of sentences, namely Adil Ka’Talino, Bacuramin Ka’Saruga, Basengat Ka’Jubata, which means fair to fellow humans, reflecting to heaven, the breath of life comes from God. The three life mottos of the Kanayatn Dayak people are often used as greetings at official events.” Arya explained.

In addition, he explained that the design of the Judicial Office Complex master plan symbolizes the symbol of justice with a balanced measure and has been harmonized with the IKN master plan that has been completed.

“There is already a guide, so this court complex is on one axis called Tri Praja (Trias Politica), there is one line, the executive in the middle, the legislature and the judiciary flanking at the ends. So a line between the legislature, the executive and the judiciary becomes one axis, and we draw up the design of the material plan that symbolizes balanced justice against the Tri Praja axis.” he said.

“The Supreme Court as the oldest judicial institution in Indonesia is the center axis, then the Judicial Commission and the Constitutional Court are placed on the left and right of the Tri Praja axis, thus symbolizing balance.” continued the Undip alumnus who officially graduated in 1994.

Inspired by the locality of the region, especially the Kalimantan area, it has become its own strength in the architectural design that Ary and his team made. Not surprisingly, he and his team under the auspices of PT. Airmas Asri became the first winner in the competition.

Ary further advised that as technology advances, the next generation is expected to be more skilled than the previous generation. With the ease of social media technology, it can be used to increase personal insight and abilities, especially architecture, because the world of architecture is also related to technological advances.

“The next generation must be more advanced than the previous generation. Students also need to explore outside, not only in one specific area. I am sure that with the fighting spirit and also the spirit to open the horizons can be the strength to achieve success in the future. The role of Undip is also important because of the active role of lecturers.” concluded Ary.