Overcoming the Waste Problem, the PPK Ormawa HM Team of S1 Animal Sciences UNDIP Together with the Community Established a Digital Garbage House in Pitrosari Village 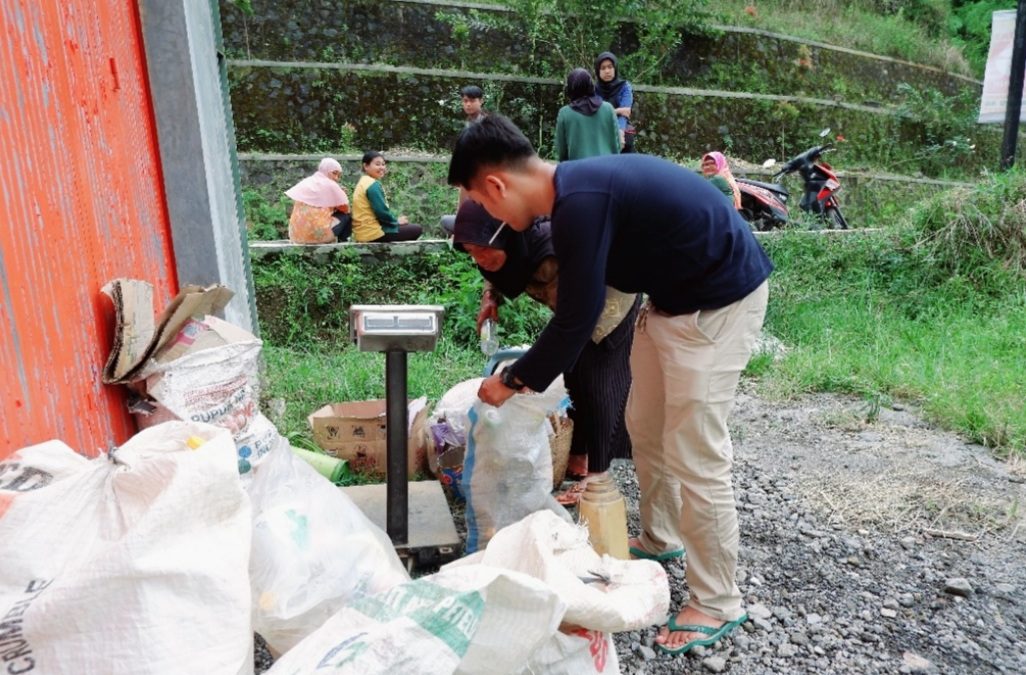 Pitrosari Village is one of the villages in Wonoboyo District, Temanggung Regency which has great potential in the agricultural and livestock sectors. Most of the land in Pitrosari Village is used for agricultural land with the advantage of being in a strategic location so that residents use it to grow various superior commodities such as coffee, tobacco, chili, and cabbage. In addition, there is potential in the livestock sector with the presence of beef cattle farms, Arabic chicken farms, and Etawa crossbreed goat farms. The great potential strongly affects the economic growth of the Pitrosari Village community. However, it is undeniable that this great potential will produce a lot of waste and will trigger problems in the environment.

The problem of garbage waste in Pitrosari Village, Wonoboyo District, Temanggung Regency is still an unsolved problem. The accumulation of agricultural and livestock waste as well as household waste which until now has only been managed modestly cannot be considered as an ordinary problem.

Regarding these problems, the Capacity Building Program Team (PPK) of Student Association of S1 Animal Sciences, Faculty of Animal and Agricultural Sciences, Diponegoro University under the guidance of Asep Setiaji, S.Pt., M.Sc., Ph.D together with the people of Pitrosari Village created a digital-based garbage house in overcoming the problem of unsolved waste.

The inadequate implementation and management of waste management in Pitrosari Village raises the ideas of the community to have a means and facilities that are able to process waste with a structural and organized management. Thus the PPK Ormawa HM Team of S1 Animal Sciences together with the community make these problems the basis for holding several activity programs that spur the readiness of making digital garbage houses with the Pitrosari Village community.

Several activities that have been carried out by the PPK Ormawa HM Team of S1 Animal Sciences of Diponegoro University during the program starting from July 2022 included approaching and outreach to the community, Focus Group Discussion (FGD), searching for cadres of digital garbage house, and conducting survey of places later be used as a garbage house.

With the enthusiasm, desire, and great support from the community for this program, it is hoped that in the future, a sustainable program can be realized and have a positive impact on the environment and the welfare of the people of Pitrosari Village.