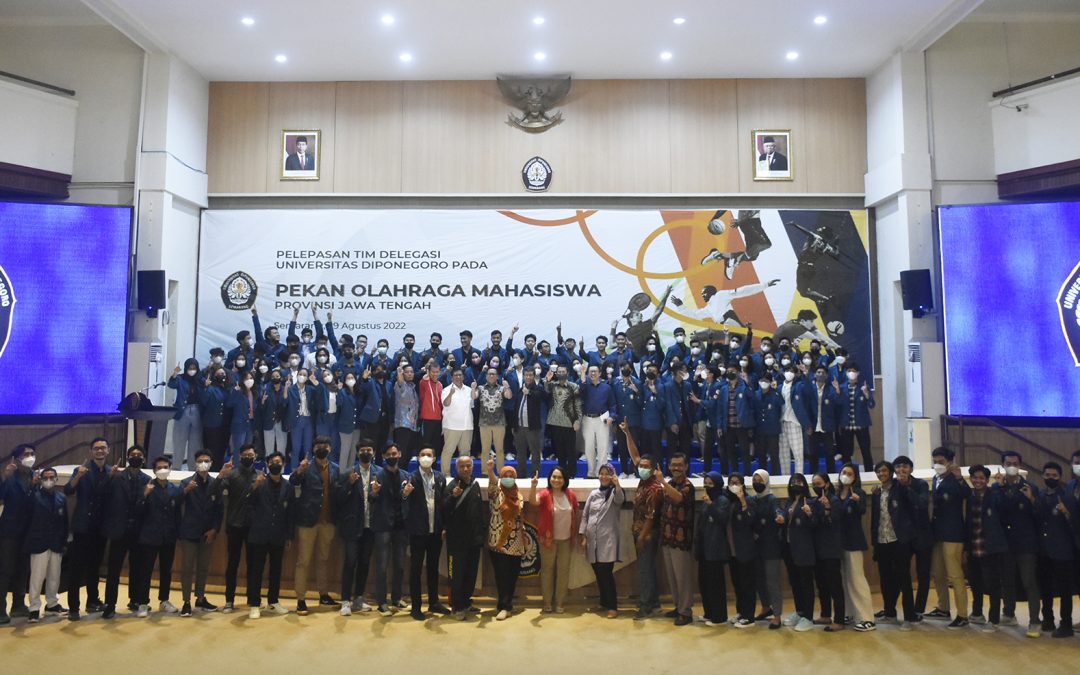 Representing the Undip Rector, Vice Rector I for Academic and Student Affairs, Prof. Faisal, S.E., M.Si., Ph.D. officially deployed the Undip Delegation Team and stated that sports achievement had become an indicator used by the government and international ranking agencies as one of the success achievements of a university. “POMPROV Central Java is one of the prestigious sports events for students to get achievements.” he explained. 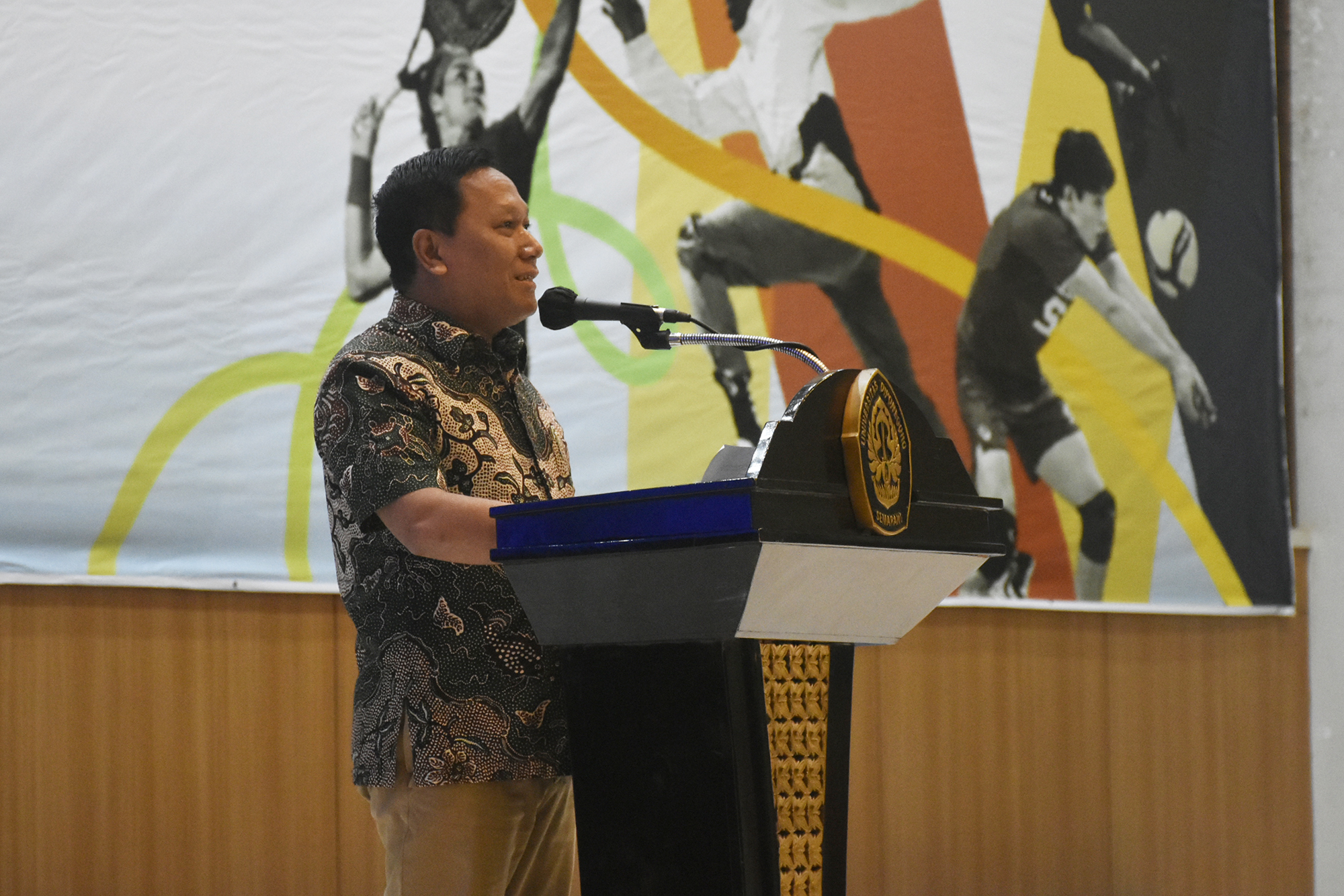 In addition, according to Prof. Faisal, POMPROV Central Java activity is also one of the mechanisms to measure and evaluate student sports development within Undip and at the provincial level for activities that have been carried out during the coaching periods.

This activity can be used as a benchmark for students and can be taken into consideration in participating in the next championship or sporting event, such as the National Sports Week (PON). “Undip will continue to focus on coaching and to work closely with BAPOMI Central Java and other related parties in providing facilities and infrastructure as well as providing optimal services to students in order to produce athletes with great achievements.” said Prof. Faisal.

Meanwhile, Deputy Director of the Academic Directorate of Student Affairs and Alumni, Dr. Nuswantoro Dwiwarno, S.H., M.H. in his report said that the POMPROV Central Java activity in 2022 was a two-years activity that should have been held in 2021, but due to the Covid-19 pandemic, this activity was carried out later in 2022. In addition to POMPROV Central Java, the Regional Student Art Week (PEKSIMIDA) of Central Java was also held, which is a part of a series of these activities for the field of arts. 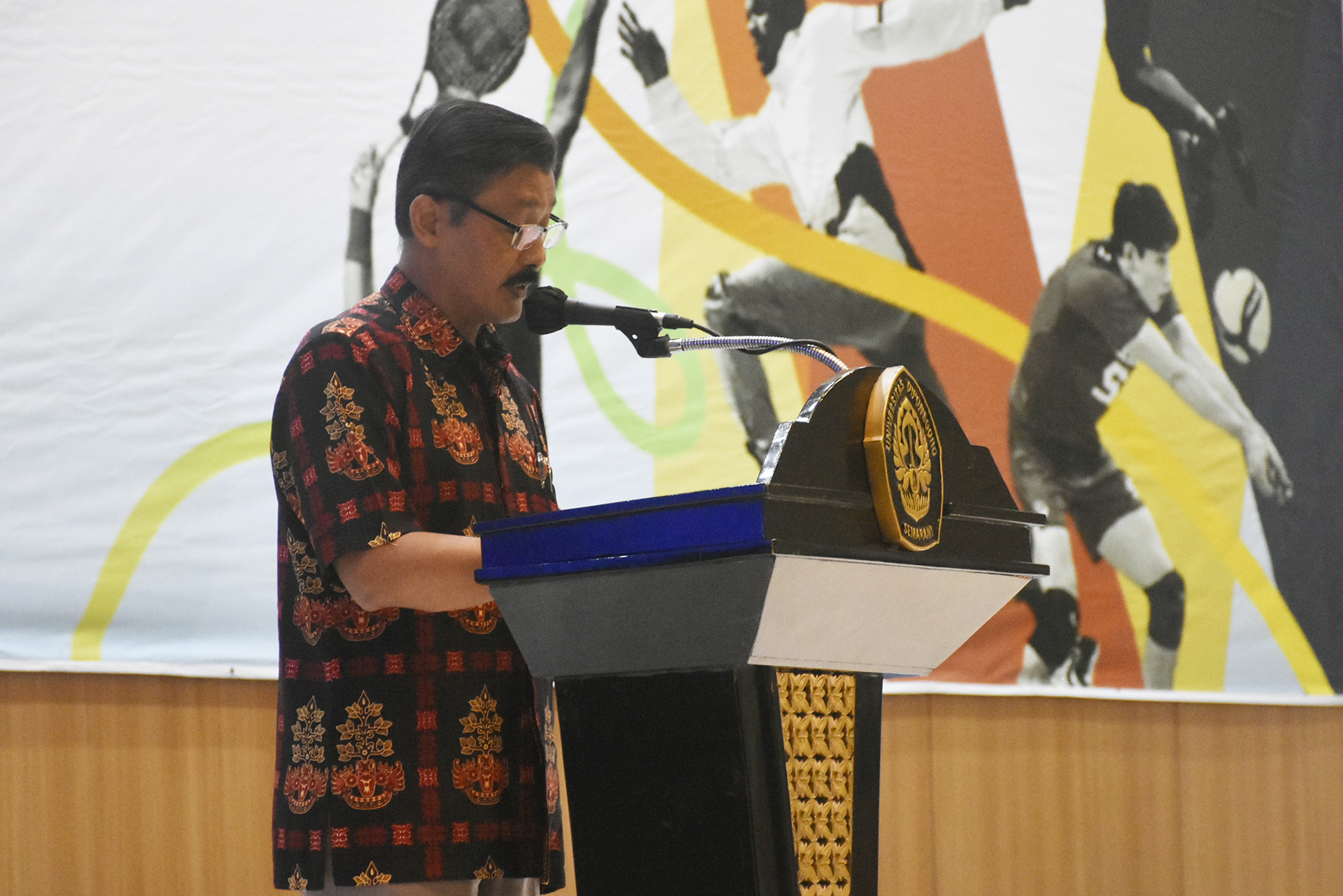 POMPROV Central Java activity will be held from September 1-9, 2022. Undip was chosen to be one of the hosts for the Karate sport which will be held on September 1-3, 2022 at the Imam Bardjo Auditorium, Undip Pleburan campus.

Dr. Nuswantoro added that various preparations for the POMPROV Central Java in 2022 had been carried out by Student Activity Units (UKM) coaches. “We are coordinating with the coaches of  Student Activity Units. The coaches have made a selection in choosing the best athletes. After that, a training camp was held for approximately 2 weeks at the Stadium.” he said.

“Students who are present here are the best students in the Student Activity Units who will represent the Undip contingent. Therefore, I beg you to instill that Undip is in your heart.” concluded Dr. Nuswantoro.