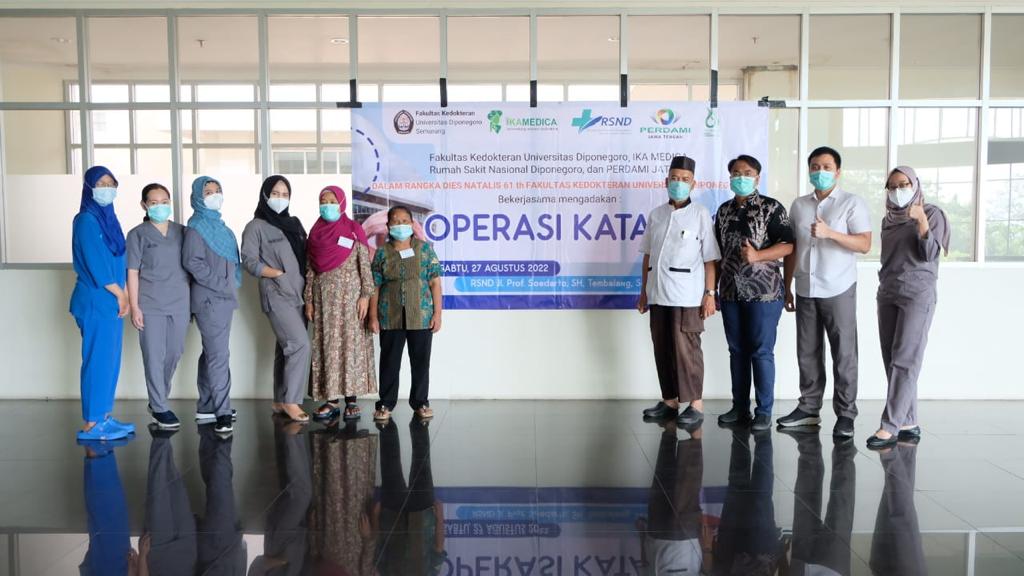 The activity, which was held in the framework of the 61st Anniversary of FK Undip, aims to help reduce the number of visual disturbances and blindness, especially due to cataracts. “Cataract is the number one cause of visual impairment and blindness in the world, Indonesia and Central Java. The blindness rate in Central Java is 2.7% and cataract is 73.8%, so cross-sectoral and cross-program collaboration is needed to deal with these problems. Therefore, we carry out this free cataract surgery program.” said dr. Andhika Guna Dharma, Sp.M(K), FICS as one of the cataract surgery doctors team.

By holding this cataract surgery community service activity, it proves that FK Undip cares about the surrounding community, because they have the same right to be able to see so that the level of public eye health becomes even better.

“The hope is that it can help reduce the number of visual disturbances and blindness due to cataracts in Central Java. Furthermore, this activity will be carried out routinely with cross-program and cross-sectoral collaboration which is expected to improve the eye health of the community.” said dr. Andhika Guna Dharma, Sp.M(K), FICS., who currently also serves as Operations Manager of the Diponegoro National Hospital (RSND). 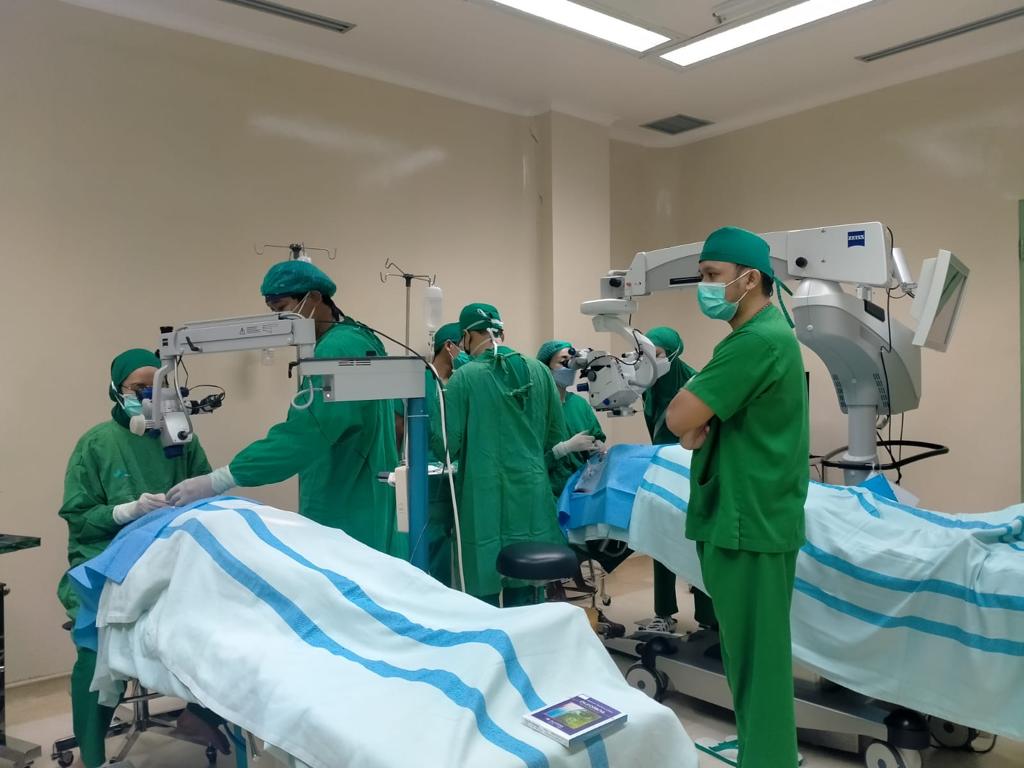 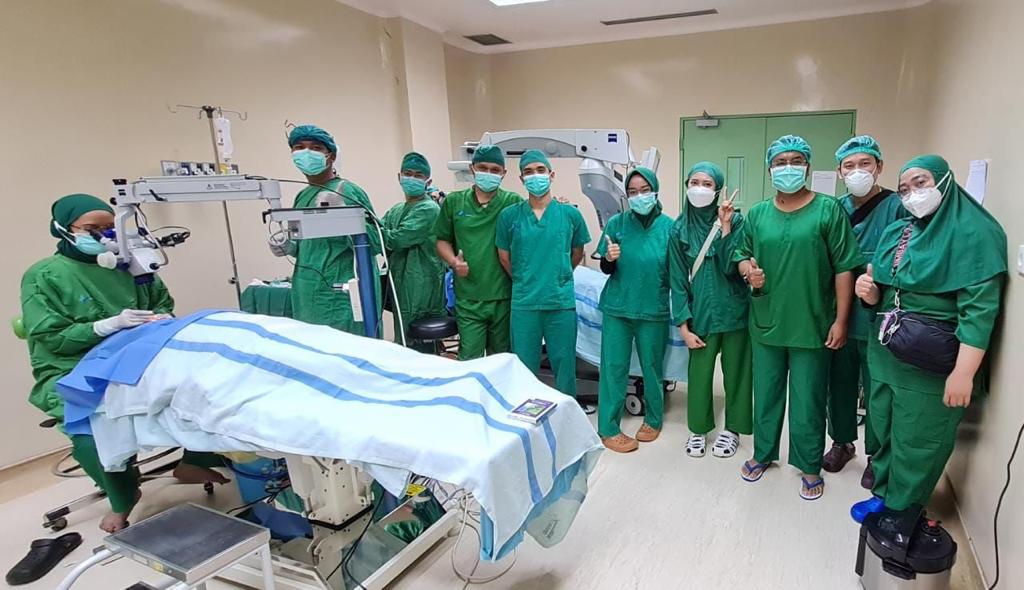