Semarang – Diponegoro University (Undip) hosted the 2022 Student Sports Week – Central Java Province (POMPROV Central Java) which was held on September 2-3, 2022. The Undip contingent took part in making the alma mater proud with outstanding achievements in various competitions. Of the 13 gold medals won by Undip karate athletes, one of them was won by Nabela Zaidah, a student of the Faculty of Public Health (FKM) Undip.

Nabela Zaidah, a student of FKM Undip class of 2020 who won a gold medal in the Women’s Kumite -61 class at POMPROV Central Java 2022, admitted that she has been learning karate since 2012. Starting from following her mother’s direction, now Nabela is pursuing karate as part of her activities and managed to get a proud achievement. “I became more excited because I won the match, then I continued to participate in the competition at POMPROV Central Java 2022. If I don’t participate now, when will I start,” said Nabela.

Carving out the achievements in which her university is the host is a great encouragement for Nabela to achieve even greater achievements in the future. She admitted that she was nervous before joining the competition, but all of that paid off with her hard work which brought her to become the first winner of the Women’s Kumite -61 class defeating the other participants. “I feel proud when I win, especially as a representative carrying the name of the university and in this competition Undip is the host,” she said.

The search for identity is a different journey for everyone, therefore Nabela advised her colleagues to do things according to their heart. “Do what excites you, don’t be forced. Everyone has their own path to success,” said Nabila.

Furthermore, Nabela and the Undip karate athlete student team are preparing for the competition at the Pra-porprov Central Java which will be held in October. (Titis – Public Relations) 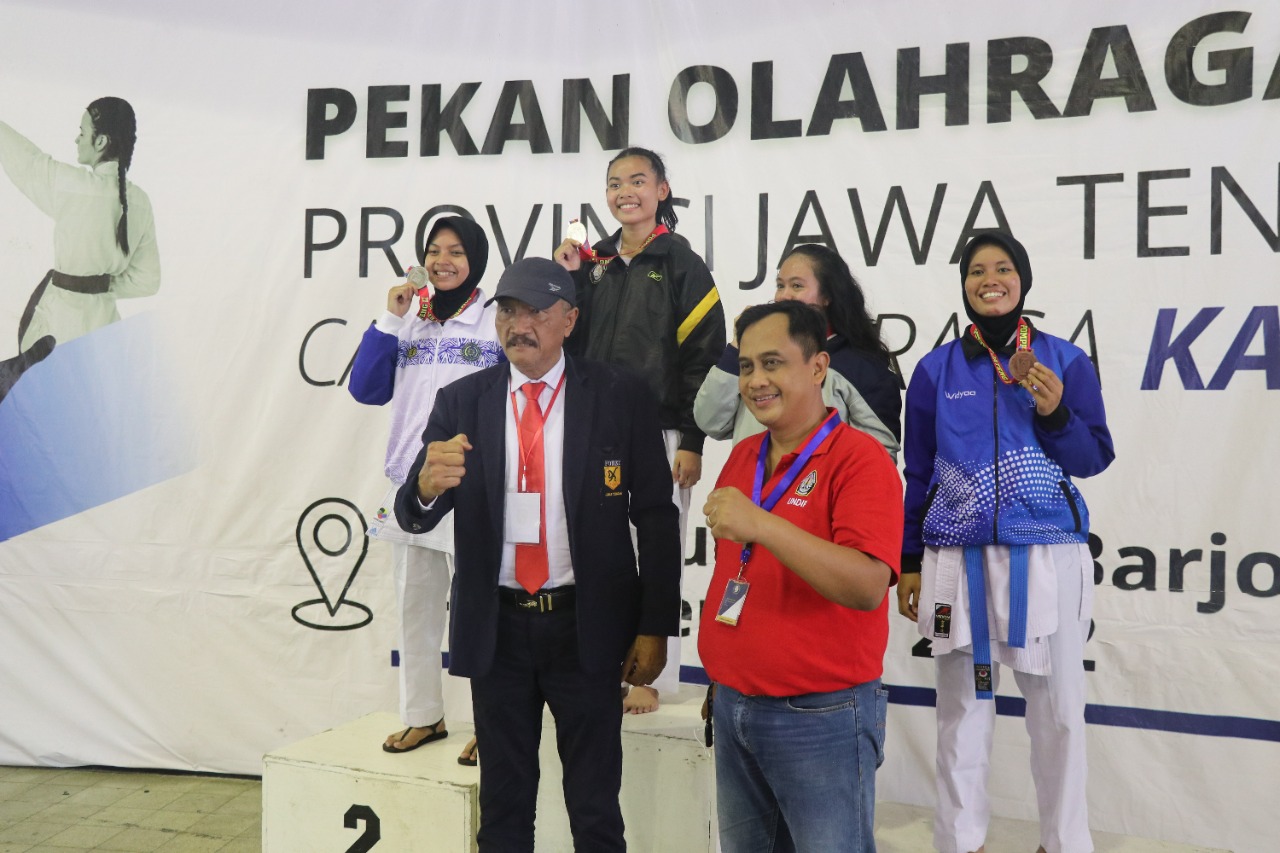