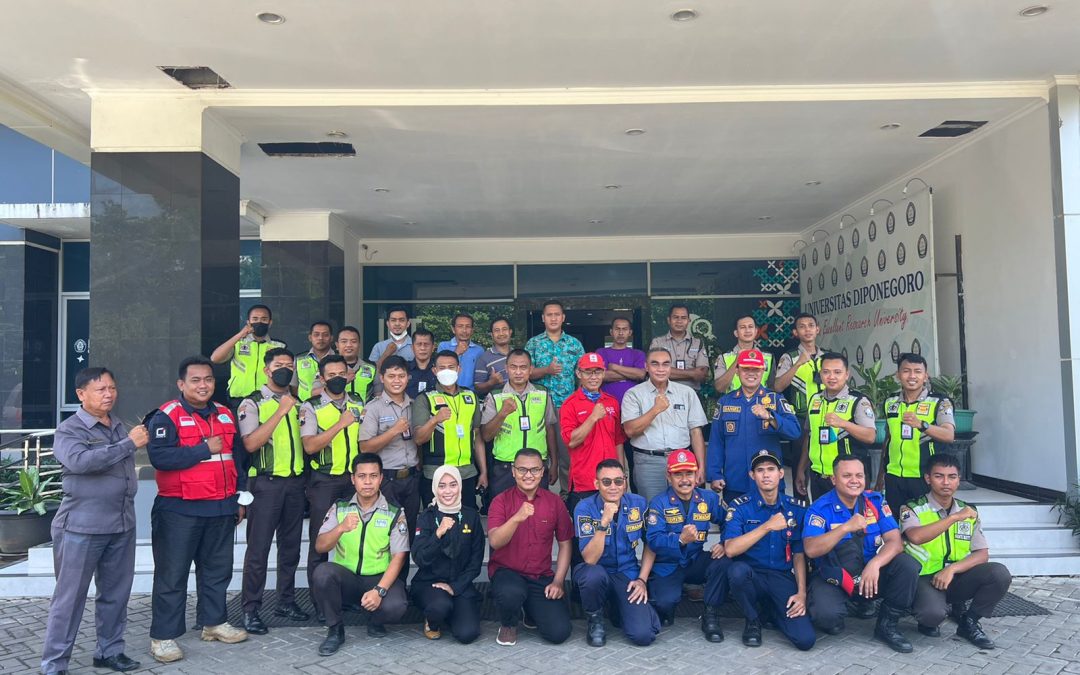 In an effort to improve the quality of security and safety at Diponegoro University (Undip), the UPT Occupational Health and Environmental Safety (K3L) in collaboration with the Semarang City Fire Department and PMI Semarang City carried out a Fire Disaster Emergency Response Simulation activity at a Multi-storey Building in the ICT Center Building Undip, on Wednesday, September 14, 2022 at 09:00 WIB. This simulation was participated by Undip employees located in the ICT Center Building, Undip employees who have class D fire certification, and the Undip security team.

The Head of the Empowerment and Community Participation Division of the Semarang City Fire Department, Drs. Daniel Sandanafu, explained the material and led the Fire Disaster Emergency Response Simulation and assistance to victims.

When a fire disaster occurs, in the third minute carbon monoxide (CO) will spread to the fire area. If the gas is inhaled by humans for more than 30 seconds, contamination can occur in the blood and the hemoglobin (Hb) level will drop and cause the victim to faint. The fire brigade is tasked with executing prehospital action, which means that they have not taken medical action at the beginning of rescuing the victim, and when helping the victim must be in a safe position. Efforts to rescue victims can be carried out through evacuation routes. 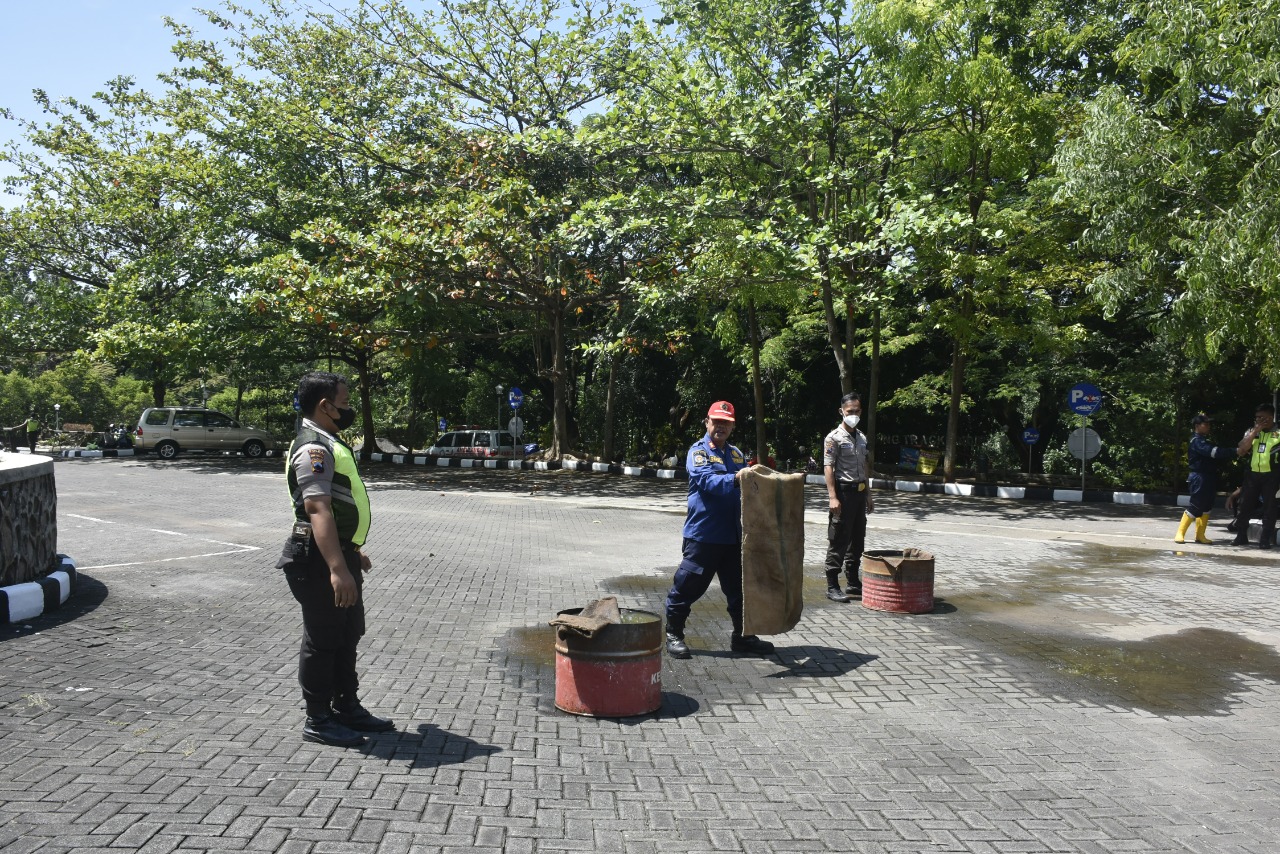 In dealing with victims who have fainted, Emergency Response Team officers will try to wake up and pat the victim, as well as make sure that the victim can hear the sound. Turn the victim’s body and then listen to the breath through the nose while watching the movement of breathing of the chest. When lifting the victim, the position of the body must be carefully considered so as not to add to the injury or cause a fatal effect on the victim.

Bina Kurniawan, S.KM., M.Kes., Head of UPT K3L Undip said that the simulation of handling fire emergency conditions will become a routine event at Undip to maintain security and safety and train disaster response. “Furthermore, it will be held in the Integrated Laboratory Building, the SAMWA building, then in the building of faculties. We will continue to improve so that the simulation runs more smoothly in the future,” said Bina. (Titis – Public Relations)