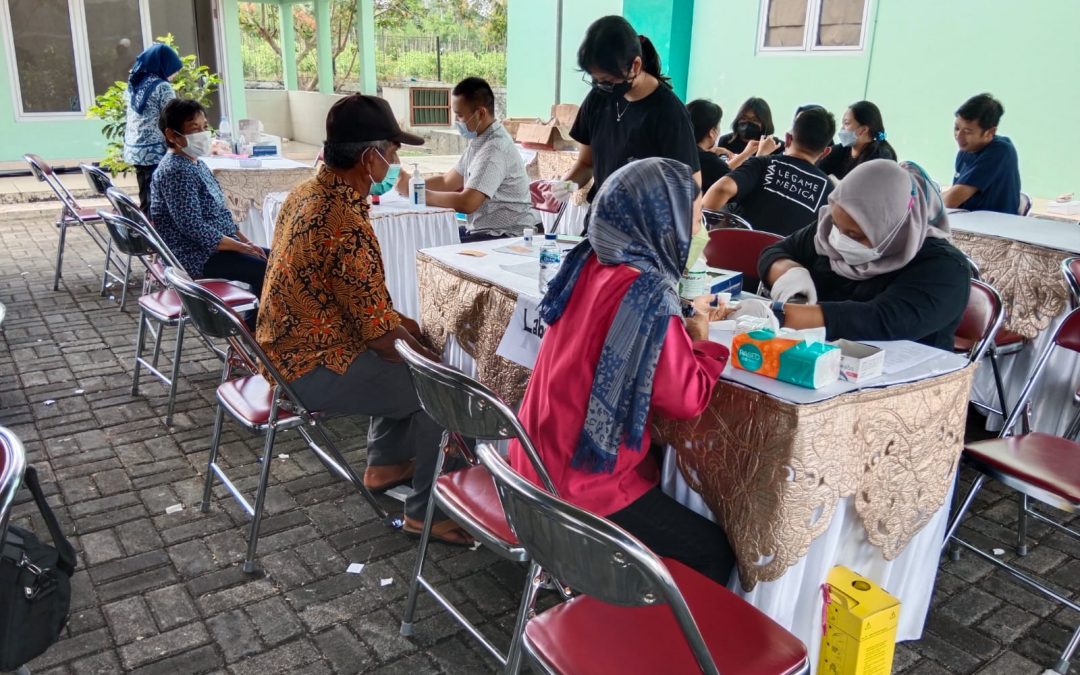 For Mbah Karso Utomo (82), the free medical treatment provided by the Undip doctors team is very meaningful, because hundreds of village residents are easy to access and to get treatment at this free medical facility. Free medical treatment from LPPM Undip took place at the Undip Disaster Clinic, Gulon Village, Salam District, Magelang Regency. Mbah Karso complained of itching on the soles of his feet that he had been suffering from for a month, and thankfully he had been given medicine to drink and ointment which were received from a doctor of the Faculty of Medicine (FK) Undip. Mbah Karso hoped that the itching on his feet would get better soon.

Similar like Mbah Karso, around 300 residents of Gulon village, Salam District, Magelang Regency and residents of surrounding villages took advantage of the free treatment provided by the LPPM Undip Community Service Team, at the Undip Disaster Clinic in Gulon Village, Sunday (25/9). Residents of Gulon village and around there enthusiastically came from early in the morning until noon at around 14.00, to get the free medical treatment carried out by the doctors team from Faculty of Medicine of Diponegoro University, Semarang.

Another resident as well as a community leader in Gulon village, Nanang also stated the same thing. “Our residents from Gulon village and its surrounding villages are very enthusiastic and hope that in the future Undip can come back to provide treatment for the village residents since it is very important,” he said.

Undip doctors team led by dr. Abdul Mugni and Dr. dr. Sri Winarni is supported by 10 residents, 12 co-assistants, and 14 nurses as well as admin staff and student volunteers from the Diponegoro National Hospital (RSND) team and Faculty of Medicine Undip team. They serve the village residents for two days.

Undip’s free medical treatment in Gulon village is a form of institutional service by a team formed by LPPM Undip. The free treatment has been repeatedly carried out by Undip, after previously carrying out similar treatment in Gojoyo sub-village, Demak Regency and Sumber Wuluh village, Candipuro District, Lumajang Regency. Sumber Wuluh village itself was the location that was hit by the eruption of Mount Semeru in Lumajang district, East Java.

“In the midst of a community that is in dire need, we really hope that Insyaallah we will be able to help. Of course, by adjusting other community service agendas that have been set by LPPM Undip,” said dr. Mughni at the location of Undip’s free treatment.

Meanwhile, the Deputy Chair of the Undip Research and Community Service Institute (LPPM), Prof. Dr. Agus Subagio, S.Si., M.Si. said that what the LPPM team did with the doctors team was a form of a number of programs launched by LPPM and some of them were implemented in Gulon village. The institution he leads also wants to be present to provide community assistance. This is important so that when there is a disaster, the community will be more prepared to deal with it. This disaster preparedness will, in turn, minimize the impact of the disaster. “We will continue to strengthen our commitment to carry out community service programs like this and the programs will be adjusted according to the needs of other communities,” said Prof. Agus, who is familiarly called Asub. 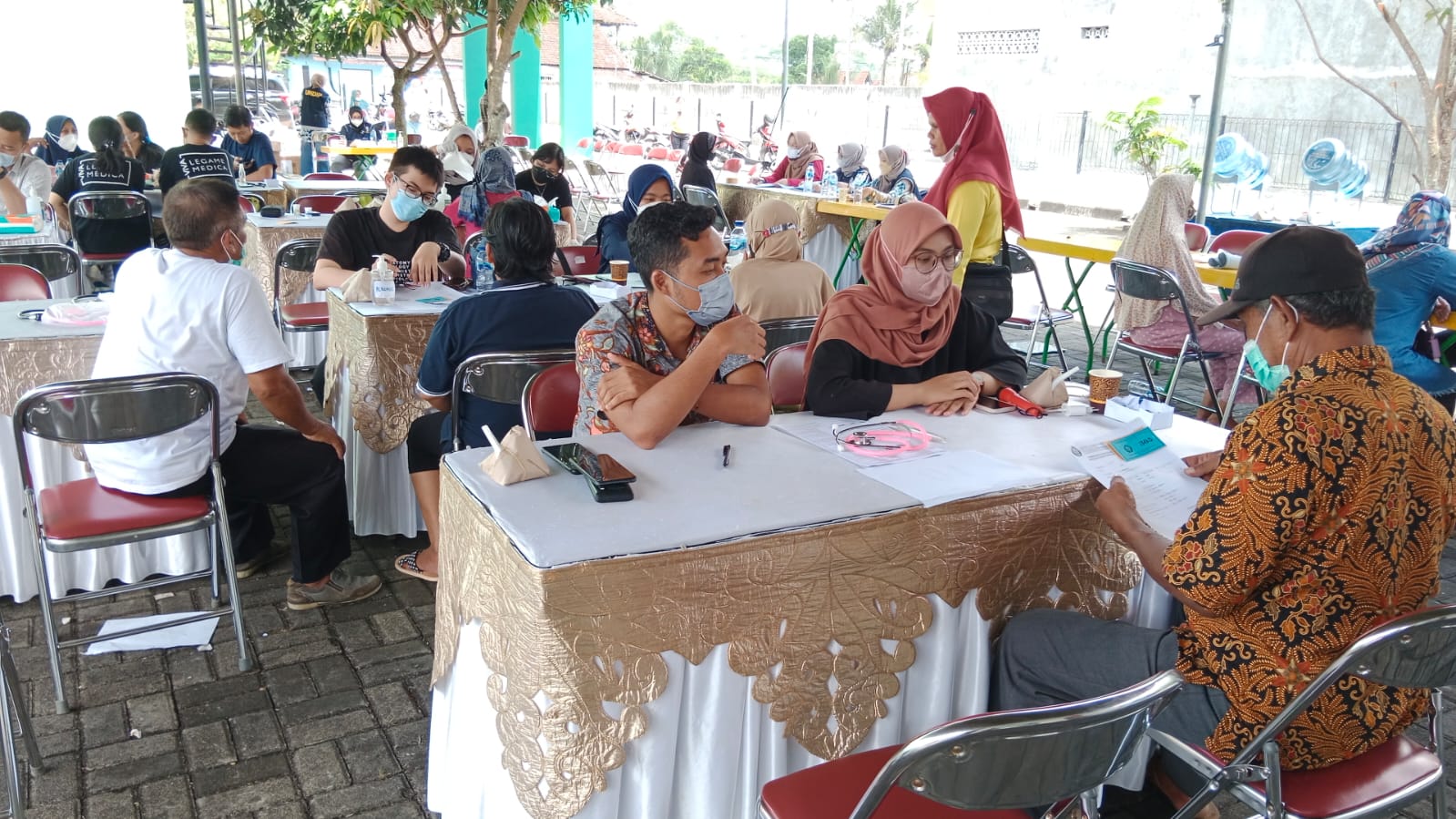 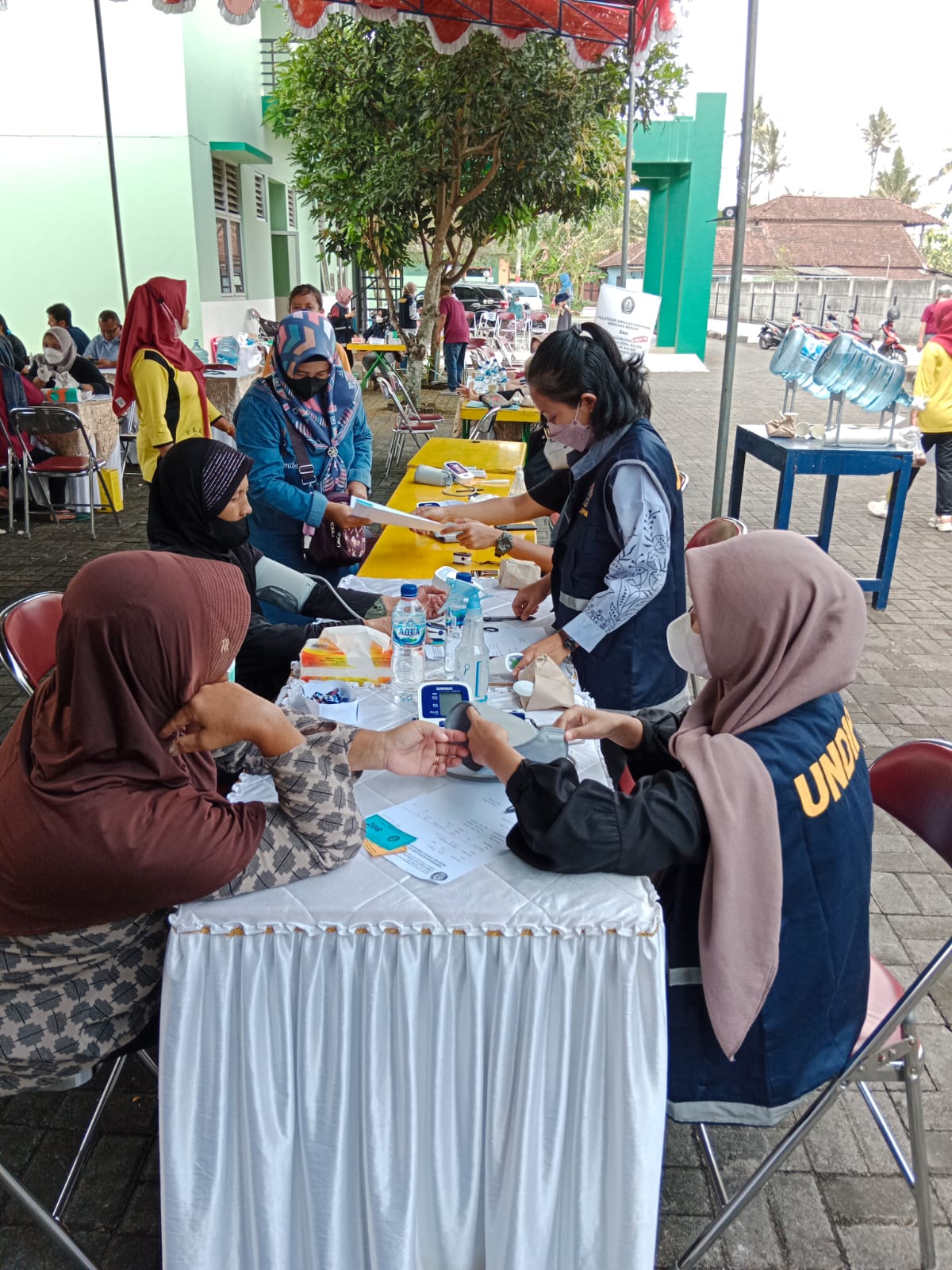