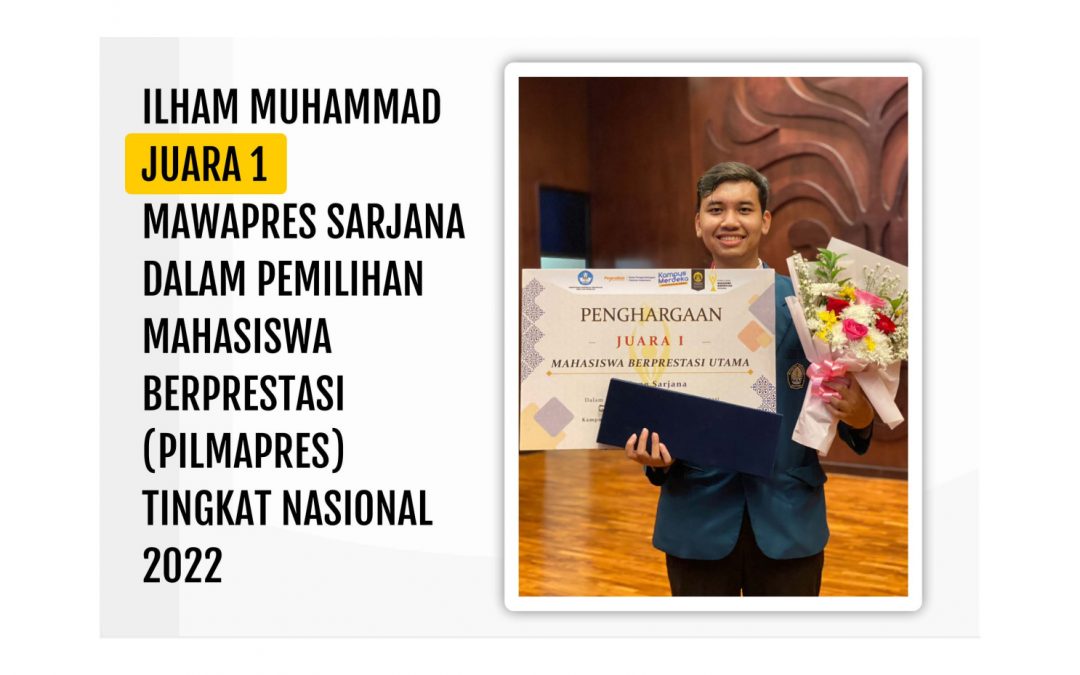 Ilham won the title as the 2022 National Outstanding Student in the category of Undergraduate Student after defeating 14 other student finalists from various universities throughout Indonesia.

The student who is familiarly called Ilham is interested in studying tidal flood mitigation because there is a link between geological engineering and natural disaster mitigation. With synergy from other parties, he tries to apply the knowledge he has gained to help solving the main problem, namely the tidal flood experienced by the community in Tanjung Mas Village. “I worked with Electrical Engineering students and Architecture students to compile this scientific study.” he said.

In addition, this 7th semester student is also active in various organizational activities on and off campus. “I joined the student organization and was also active in the Society of Renewable Energy Undip as a Hydro Energy mentor. Off campus, I built the Socio Edupreneur Indonesia foundation. The foundation already has 27 administrators spread across 11 provinces with 333 volunteers throughout Indonesia.” explained Ilham.

According to him, organization and education are interrelated and cannot be separated, because organization is a form of actualization in implementing the Tri Dharma of Higher Education.

“In the Pilmapres 2022 I get two important things to learn, namely the meaning of struggle and the meaning of gratitude. Struggle to be able to get through all the obstacles that exist and also be grateful because there is no struggle in vain. There is no peak except for those who want to climb.” he conveyed the message of inspiration to fellow students.