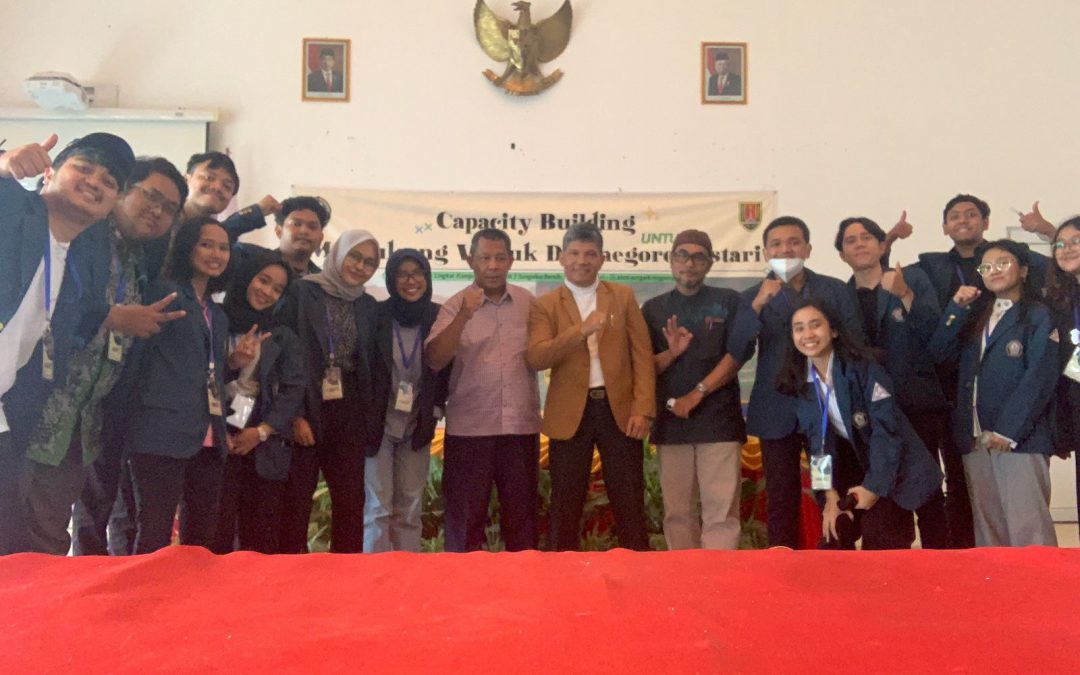 The Rabuk Semarang song composed by Professor of the Faculty of Civil Engineering Undip, Prof. Sriyana, enlivened the atmosphere of the expo at the Thematic KKN stand “My River is Clean, My Campus is Beautiful”, which took place at the Jurang Blimbing Art Village, Tembalang, Saturday (26/11) afternoon. Previously, during the Institutional Capacity Building event to support the Diponegoro Lestari Reservoir which was held from morning to noon, in the Hall of the Banyumanik District Office, this song was also sung enthusiastically and lively. The YouTube channel also broadcasted the Rabuk Semarang song.

The Undip Campus Circle Thematic KKN Expo was opened by Deputy Head of LPPM Undip for Community Service Sector, Prof. Dr. Rahayu, S.H. M. Hum. accompanied by Anis, staff of the Tembalang sub-district office and secretary of the Tembalang village head, as well as a number of community leaders and Diponegoro University lecturers. Deputy Chairperson of LPPM Undip, Prof. Rahayu appreciated the KKNT team for displaying KKNT output in 10 stands. The institution, LPPM, continues to encourage several successful outcomes to be followed up with other community service activities, either through the next KKNT activities or community service programs with the IDBU scheme. 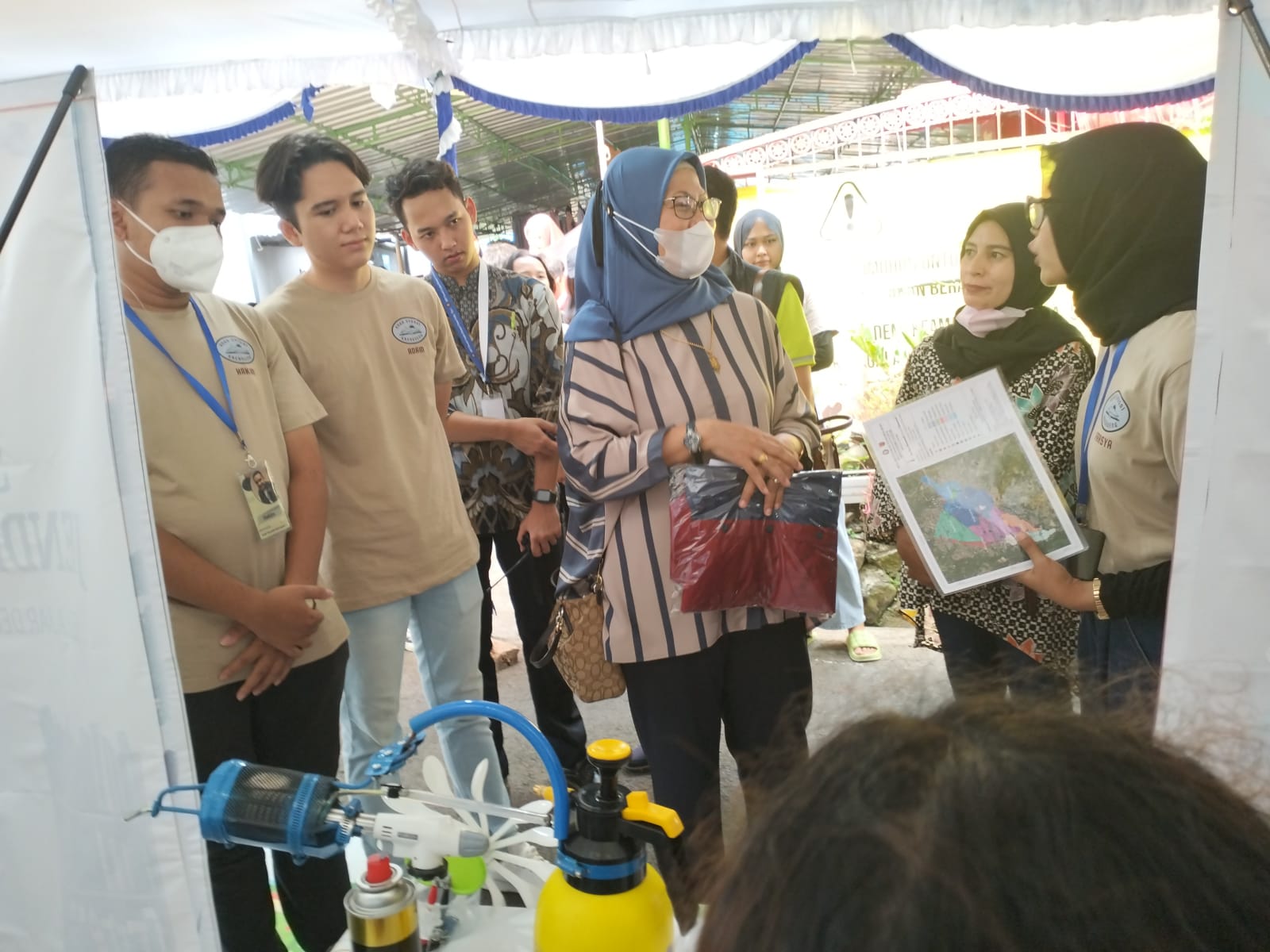 “A program that is successful and beneficial to the community can be continued with the next community service program,” said Prof. Yayuk who opened the Thematic KKN expo by beating drums accompanied by one of the DPL KKN, Dr. Adi Nugroho, M.Si.

Meanwhile, in the previous series of KKNT activities, a song of concern for the environment entitled Rabuk Semarang was sung to encourage people who care about the environment. Professor of Civil Engineering Undip, Prof. Sriyana hoped that the government, the business world and the community will collaborate in supporting a sustainable living earth. This song and its lyrics also received a positive response from the people of Semarang. Rabuk Semarang itself means “Collaborate to Take Care of the Earth”. Rabuk Semarang means that all components of society should collaborate to preserve the environment, especially rivers, including the Krengseng river within the Undip campus and to preserve the Diponegoro Lestari reservoir.

“This is our Thematic KKN activity with the theme My River is Clean, My Campus is Beautiful,” said Undip Engineering student who is also Head of the KKNT 3 group, Muhammad Faesal.

“This program aims to invite the community to strengthen SDGs (Sustainable Development Goals) based on Government Regulation Number 59 of 2017. Therefore this program was formed to strengthen collaboration, and form institutional platforms which will later collaborate with each other to support the sustainable management of rivers and reservoirs in Undip,” said Prof. Sriyana.

On this occasion, Prof. Sriyana invited the public to sing the Rabuk Semarang song and think about the condition of the river environment, which has an impact on environmental pollution and can cause contradictions in society.

“The song has a very deep meaning, to manage the river and love the environment,” said the Head of Tembalang Village, Maryono.

Lecturer of the Faculty of Civil Engineering Undip, Priyo Nugoho Parmantoro, S.T., M.Eng. Discussed a material on the role of the community in strengthening river management and monitoring institutions.

Meanwhile the Undip Campus Circle Thematic KKN activities also carried out other programs that supported KKN activities around the campus area, such as the construction of a Reading Corner, mapping of river areas, making evacuation routes and assembly points which were carried out in the RW 003 Rt 002 area of Tembalang Village, as well as distributing mosquito exterminator for residents living on the banks of the river.

In the Thematic KKN expo in the courtyard and village road of Jurang Blimbing, other KKNT works and outputs were also exhibited, including from the Digital Literacy KKNT program which encourages the role of community leaders in minimizing the negative effects of digital media. The KKNT also raised the theme of art to encourage the further development of kuda lumping arts in Tembalang, KKNT for institutional development of the Tourism Awareness Group (Pokdarwis) whose Decree was handed over at the Expo yesterday.

“The Pokdarwis in Jurang Blimbing has been initiated by the community, and KKNT students strengthen it. So it’s not something new at all,” explained Dr. David Samsudewa, KKNT supervising lecturer. Also present were the entire KKNT team guided by Dr. Suzanna, Dr. Fuad, Undip FT lecturer Adnan Fauzi, DPL FISIP Amni Zarkasyi Rahman and a number of other KKNT lecturers. The art performances and kuda lumping festival were held until Saturday night. The people of Tembalang, other Undip students and Galang Sewu Islamic Boarding School students around the expo site were also enthusiastic about visiting the Undip KKNT expo stand which also provided door prizes and gifts.