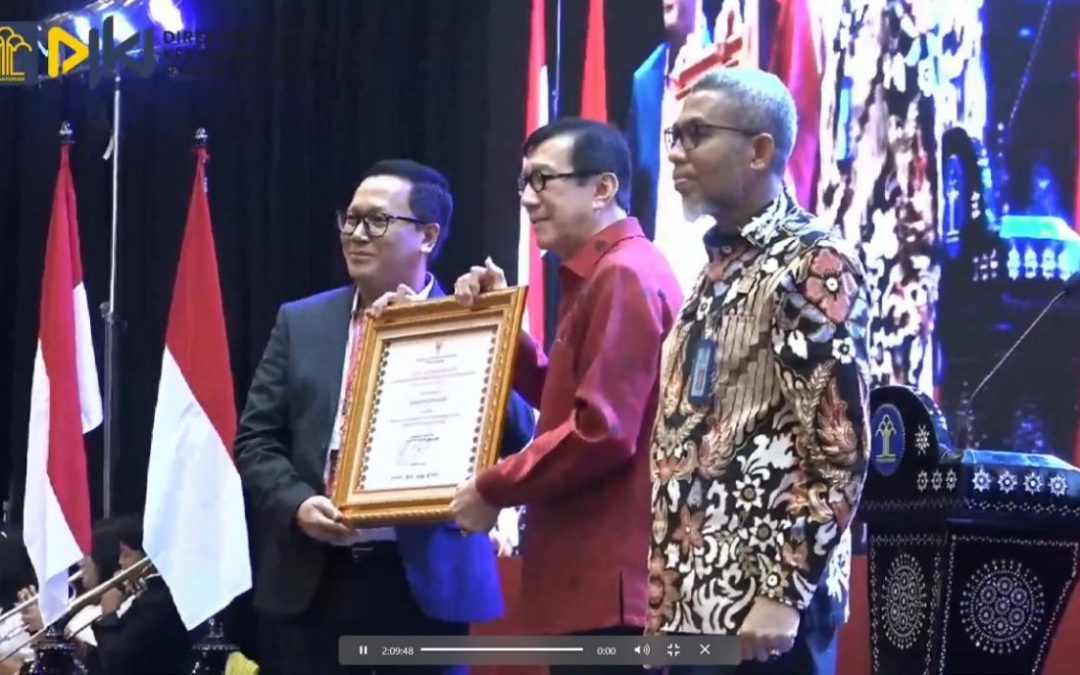 The 2022 Ministry of Law and Human Rights Appreciation event was held by the Directorate General of Intellectual Property in the framework of the Roving Seminar on Intellectual Property on Monday, November 21, 2022 at the Birawa Assembly Hall Bidakara Hotel, Gatot Subroto Street Kav. 71-73 Jakarta. It was conveyed at the event, that based on the contribution of Diponegoro University, it plays an active role in spurring the growth of Intellectual Property creativity and innovation in the context of national economic recovery.

In this regard, it was decided that Diponegoro University would receive the Appreciation from the Ministry of Law and Human Rights in the Higher Education Category with the Highest Number of Top 10 Patent Applications in Indonesia in 2022.

The event was opened by the head of the organizing committee, Ir. Razilu, M.Si., CGCAE, as Plt, Director General of Intellectual Property Directorate General of Intellectual Property, Ministry of Law and Human Rights. Diponegoro University was represented by the Vice Rector for Academic and Student Affairs, Prof. Faisal, S.E., M.Si., Ph.D. who also received the award.

Apart from patents, Diponegoro University also has copyrights that have exceeded the target set for 2022 about 500 copyrighted works. Next year it is hoped that patents and copyrights will be obtained which are far superior to other universities and the resulting patents will be easier and faster to commercialize and distribute so that they can meet the needs of the business world and the industrial world. 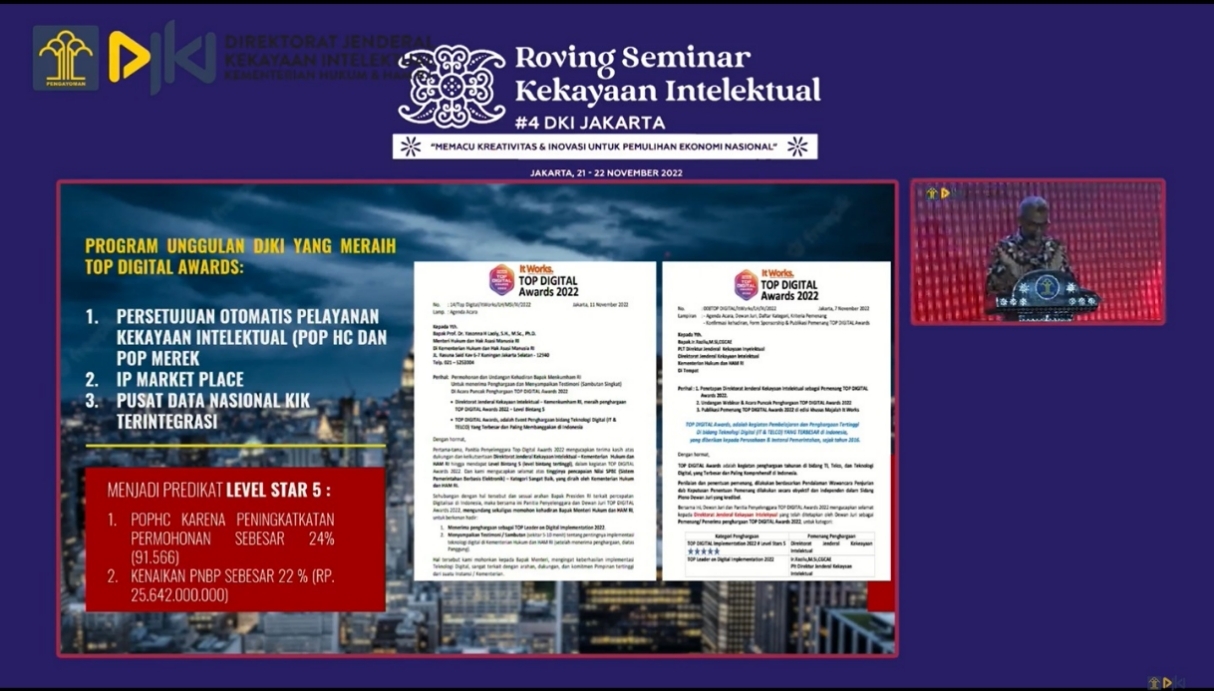 The ceremony of awarding or appreciation is an effort to spur the growth of creativity and innovation of intellectual property in economic recovery and is accompanied by the Submission of Certificates and Letters of Registration of Intellectual Property. The event was accompanied by roving seminars and the Yasonna Mendengar Region 4th.

The Roving Seminar is one of DJKI’s flagship programs, which aims to (1) increase the understanding of Regional Leaders, Institutions, Education, and other Stakeholders regarding the benefits of the presence of Intellectual Property (IP). (2) Being able to synergize and collaborate in order to utilize the IP system to spur the growth of IP creativity and innovation in the National Economic Recovery.