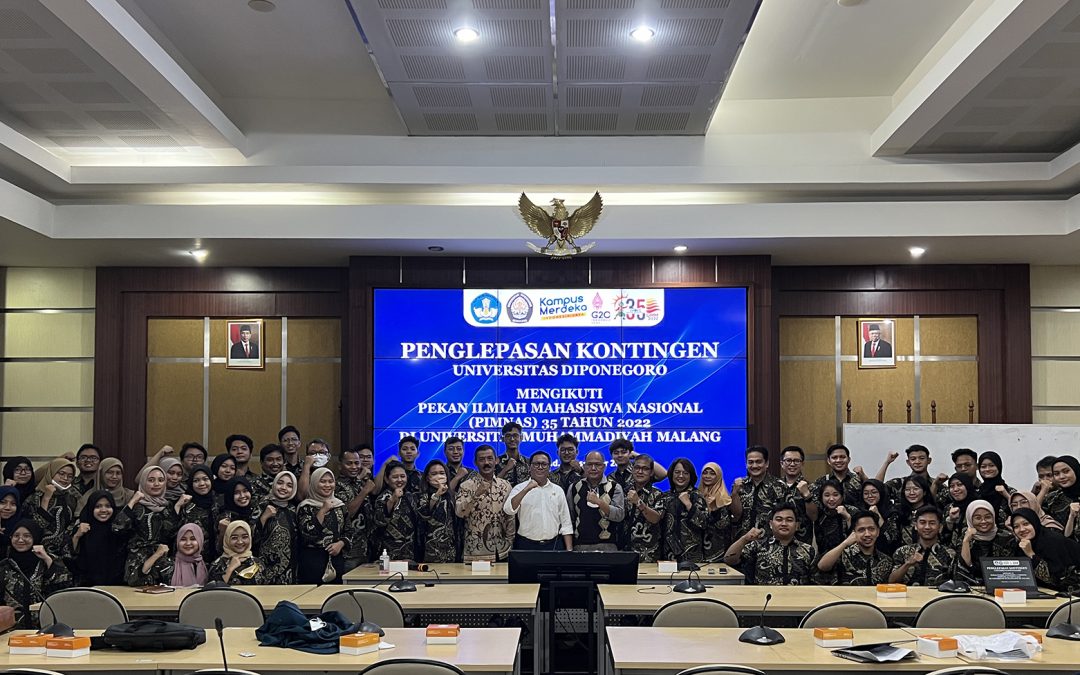 According to Prof. Faisal, the participation of the 10 Undip PKM Contingent Teams in the 35th PIMNAS will bring Undip a good name. “A big university is not just a name, but one of the indicators is our participation in this PKM and PIMNAS activity.” he explained.

Furthermore, Prof. Faisal hoped that the Undip PKM Contingent Teams could optimize all the preparations and exercises that had been carried out a few days ago. “Our efforts have been maximized, now we have to leave it to God Almighty.” said Prof. Faisal. 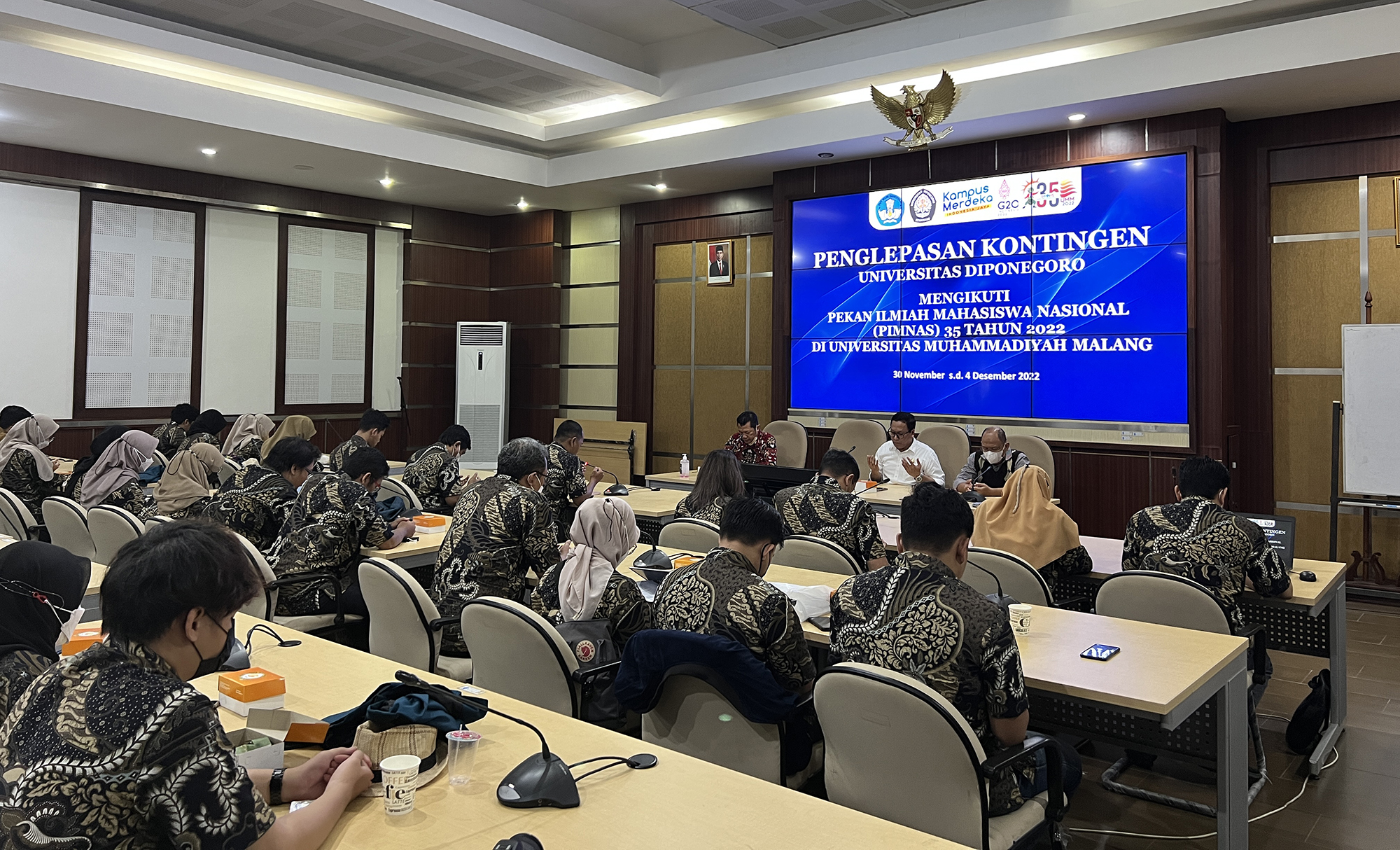 “Please don’t be too burdened that you have to bring the championship because we have appreciated the achievement by participating in a national scale event. Apart from that, the process is also appreciated because that process describes how PKM is fostered at Undip. Insyaallah, in 2023 all Faculties are required to participate in PKM. We will make it mandatory and we will make it a performance indicator. Since some Faculties are centers for research. We have mapped out how the journey of PKM and PIMNAS in Undip will be.” he concluded.

All faculties together with all Undip leaders collaborated to support the Undip PKM Contingent Teams at the 35th PIMNAS final in 2022. The results of the 35th PIMNAS will later become an evaluation in order to improve the PKM coaching process at Undip so that it can achieve optimal results.