Rector’s Message to 10 UNDIP PKM Contingent Teams at the 35th PIMNAS: Uphold the Spirit of Chivalry and Honesty 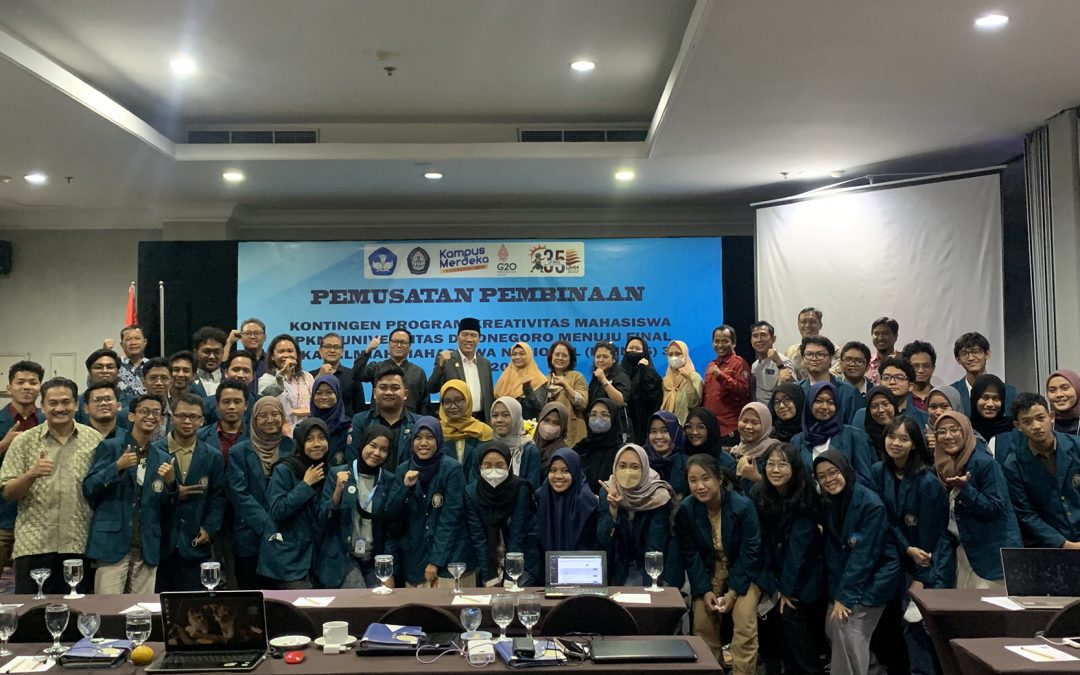 In order to prepare the Diponegoro University (Undip) Student Creativity Program (PKM) Contingent Teams to compete in the finals of the 35th National Student Scientific Week (PIMNAS) in 2022, Undip held a Center for Development of the Undip PKM Contingent Teams in Salatiga on November 25-27, 2022.

Undip specifically held various training and mentoring activities for the Undip PKM Contingent Teams to prepare the perfection of scientific articles, presentations, posters and videos so that later they could get medals from various categories and be nominated as the general champion.

Furthermore, Prof. Yos advised the Undip PKM Contingent Teams to uphold the spirit of chivalry, honesty, and always pray to God Almighty. “The matter of winning and losing is only a matter of achievement, but becoming a champion is when one succeeds in becoming a knight.” said Prof. Yos. 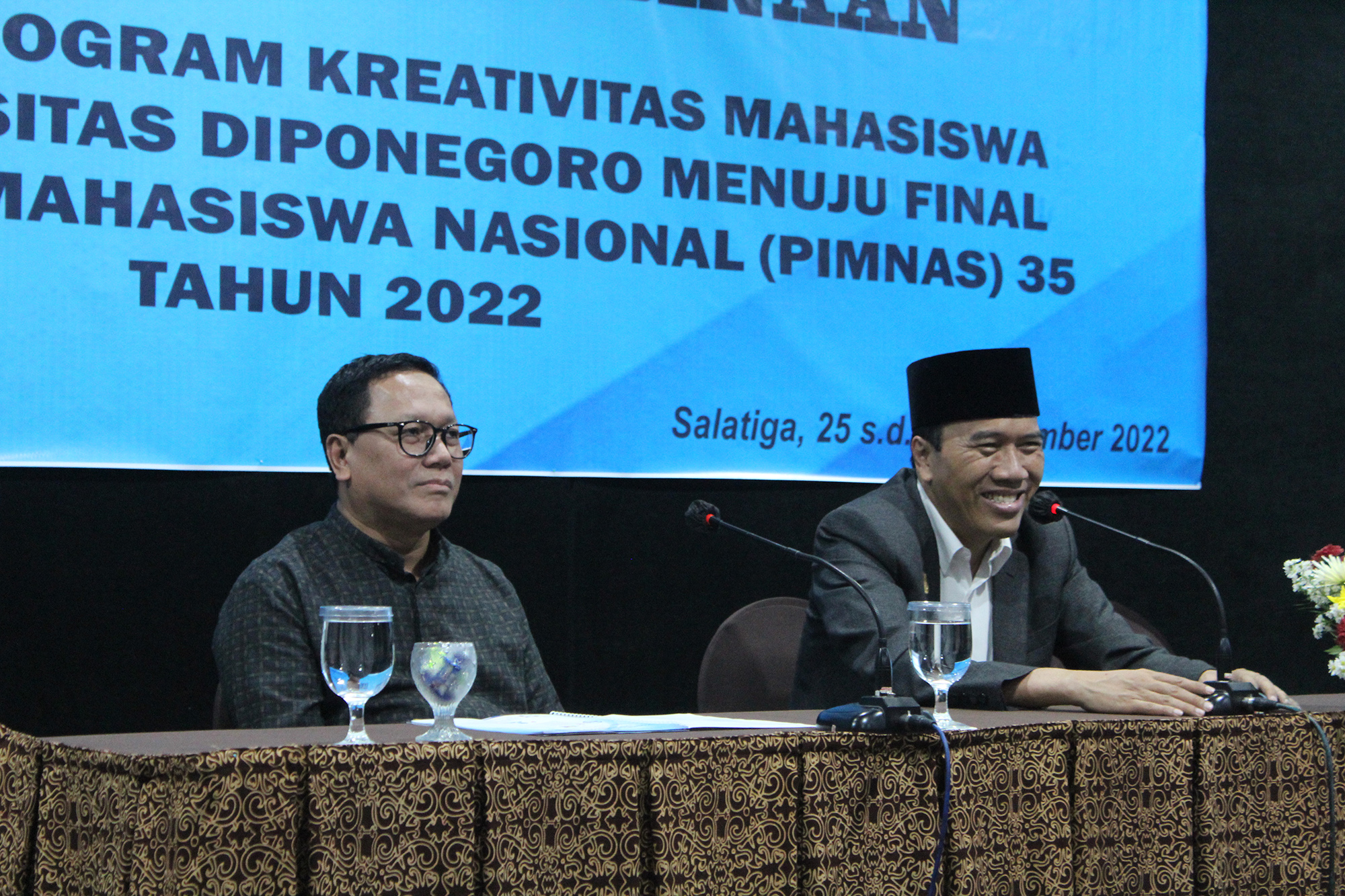 “I don’t want Undip to wear a fake crown. Whatever results you get, you are the champions and Undip’s flowers. Have a good fight and be enthusiastic, after that leave it to God Almighty. We are very proud that you have helped uphold the great name of Undip. Stay healthy and our prayers are always with you.” concluded Prof. Yos.

The 35th PIMNAS in 2022 was organized by the Indonesian Talent Development Center (BPTI) National Achievement Center (Puspresnas), Ministry of Education, Culture, Research and Technology (Kemendikbudristek) in collaboration with University of Muhammadiyah Malang (UMM) as the host.

PIMNAS is the last stage of implementing the Student Creativity Program (PKM) activities and as a forum for participating students to present and communicate with each other through national-scale intellectual creation products.