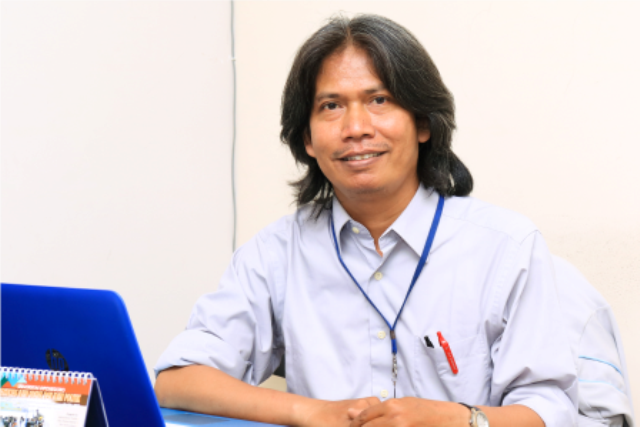 Scientific Research on the Study of Small Stories on Jokowi Supporting Facebook Groups (Pakde Jokowi) and Prabowo Supporting Facebook Groups (Prabowo for NKRI) in the 2019 Presidential Election Campaign is an interesting subject to study by Dr. Triyono Lukmantoro, S.Sos., M.Si., Lecturer at the Department of Communication Science, Faculty of Social and Political Sciences, Diponegoro University.

The phenomenon of the presidential election shows that the electoral procedures have indeed been carried out properly, namely free, fair and peaceful have been realized. The corpus of Dr. Triyono’s research are various posts and comments that form interactive small stories that have a number of narrations displayed by the Facebook group supporting Jokowi (Pakde Jokowi) and the Facebook group supporting Prabowo (Prabowo for NKRI).

“Social media which is used as an arena for propaganda does not provide opportunities for differences of opinion. The creation of Facebook groups in this presidential election campaign is principally encouraged to support certain presidential candidates. The number of members of the supporting Facebook groups is considered a success in digitally mobilizing the masses to create winners. So, the accounts that join the Facebook groups show the same thoughts and the same interests,” he explained.

According to him, the propaganda narratives that are present on social media show that political practices are increasingly widespread in the digital world. At first, propaganda was carried out in the mass media where the communication was one-way (one-way communication) as can be found in the thoughts of Harold D. Lasswell. This means that propaganda is carried out by a small number of people to influence or manipulate a large number of audiences or masses.

The masses seem to be easily influenced by these propaganda messages. Meanwhile, because the masses do not own the media, they are also considered unable to respond and are seen as simply following whatever is put forward by the propagandists. Currently, when social media continues to grow in use, those unilateral or one-way claims cannot be defended anymore.

“Initially, the supporters wanted to get exposure to information with a similar tone. They also have the same perspective in assessing a problem. What then happens is social media, in this regard Facebook support groups only become echo chambers or information cocoons that do nothing more than echo their own version of truth,” continued Dr. Triyono. (Lin – Public Relations)