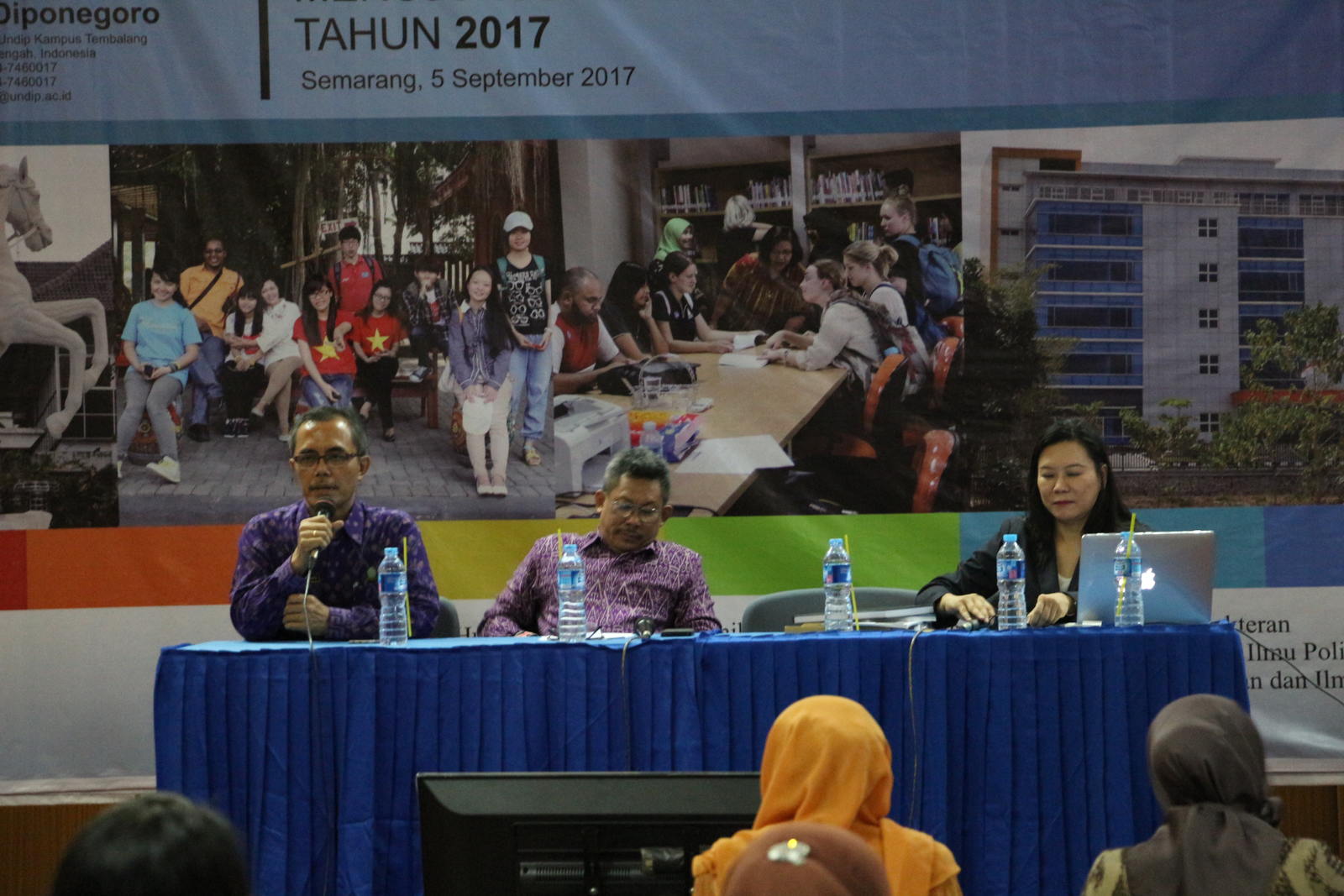 Speaking in the event, Vice Rektor for Research and Innovation of Diponegoro University, Prof.Dr.Ir. Ambariyanto,M.Sc., said that the workshop aims to unite a perception from all of Undip’s components to reach same goal about the importance of Undip’s reputation both nationally and internationally is. “When we have same idea about Undip’s reputation both nationally and internationally,we can reach our goal to be World Class University”, he said.

Meanwhile, Mandy Moh and Samuel Wong from QS Asia giving explanation about the importance of international rangking both philosophically and technical.