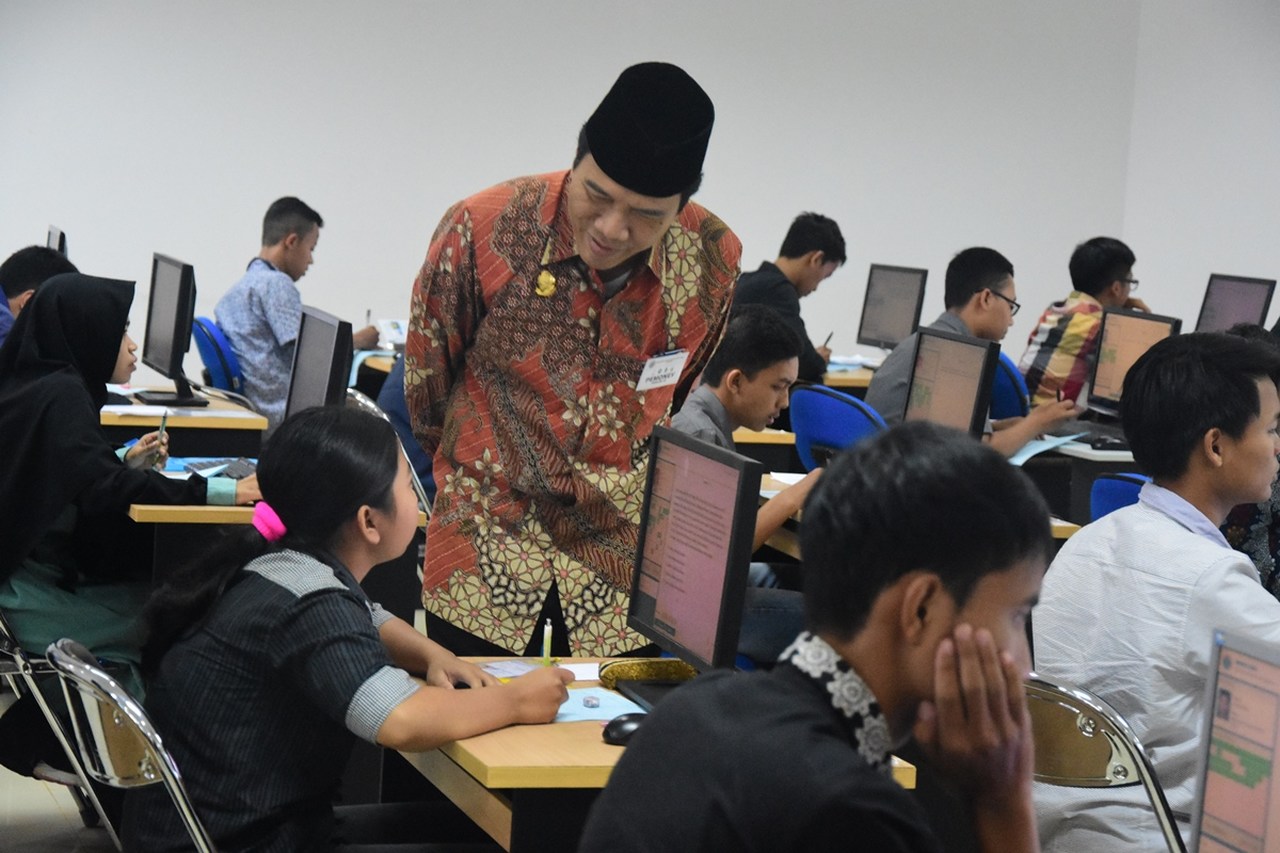 Undip Rector Prof Dr.Yos Johan Utama, SH.M.Hum said that people interest to choose Undip is high and it showed year by year increasing trend. This year,  the participants of SBMPTN choosing Undip are 86,316 people who joined the test in all over Local Committees (Panlok). Of the registered participants, 32,223 people have tagged Undip as their first choice,  31,796 participants mentioned Undip as their second choice, and 22,297 have chosed Undip as their third choice. “From the registered participants, we only take 30% of new admission quota. So, competition by SBMPTN to be Undip’s student is very tough,” Rector said, on the sidelines of monitoring and evaluating SBMPTN exam. He added that based on data of participants choices, Faculty of Medicine and Faculty of Law are still the most favorites choices. It means, competitions to be students of the faculties are very tough.

In the same time of the SBMPTN exam, Undip also opened counters of report in for partcipants who had received in SNMPTN (National Selection for State University). The counters are located in Undip campuses in Tembalang and Pleburan, Semarang City. During process of the report in, the participants of SNMPTN have  to undergo medical test, verification, and registration scheduled by the committee. “If they did not attend the repot in process on Tuesday (May 8, 2018), it is noted that they resigned and we will write off their name from the list,” Embun Setyawan, Head of Bureau of Academic Administration of Undip, said.

People interest to go in Undip by SNMPTN is still high. In national level, Undip is recorded as the second of most favorites universities choosed by participants of SNMPTN. A number of 61,531 participants from 5,284 high schools of 35 provinces have choosed Undip as their first or second choices by SNMPTN. Meanwhile, on this year SNMPTN, Undip have quota of  2,929 students, consisting of 1,839 students in sciences and technology study programs and 1,090 students in social humaniora study programs. (ND/Humas)