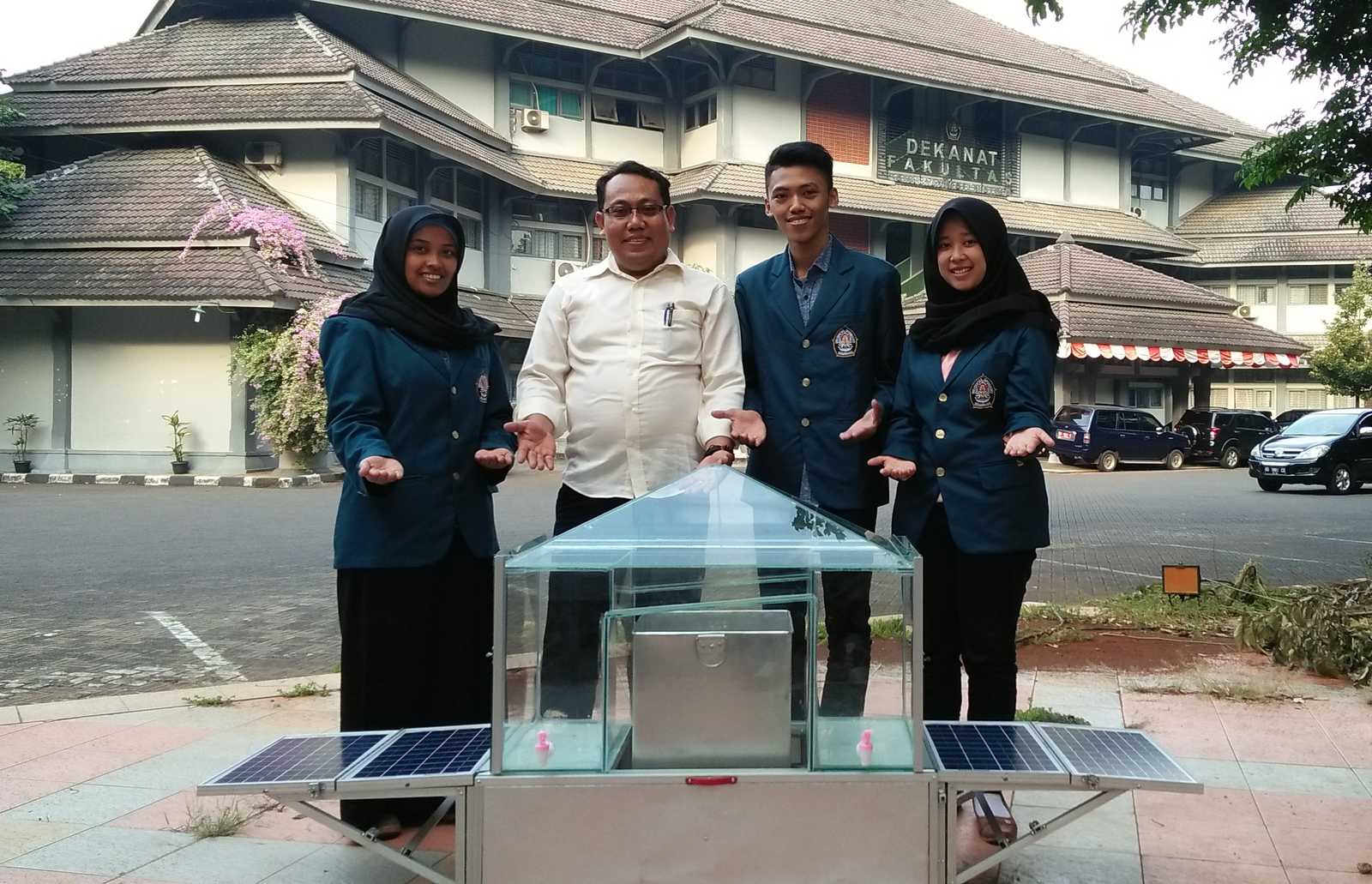 “We know the facts that problem of fresh water scarcity is still happening in coastal areas and it increases as population grows, whereas fresh water is an important basic need for people,” Hani said.

“It is need much efforts to provide clean water, both in large and small scale, to maintain people health, particularly in coastal areas. It has been knowing some water processings of sea water to be clean water, such as reverse osmosis, electrodialysis, transmembrane-distillation and evaporation. However, weakness of the methods is high cost. Therefore, we make Super Destilation where the device has same function but ut is lower cost,” she said.

The 19-year old female student explained that Desper is based on convex lens,  Ag doped ZnO photocatalyst, and solar powered heater. Convex lens is to focus radiation of sunlight and to accelerate destilator heating so process of sea water evaporation can go on faster. Ag doped ZnO is to maintain quality of destilated water by process of photocatalysing for reducing heavy metals level and for killing bacteria. Hydrophilicity of Ag doped ZnO is able to accelerate motion falling water into the container so that it minimizes condensed water to fall back into the evaporator.

“We hope the Desper can reduce problem of clean water scarcity in coastal areas,” she said.

They needed three months to finish the Desper. The three students designed the device in Undip’s Physics Lab and are guided by lecturer Prof. Dr. Heri Sutanto, S.Si., M.Si.*