On Inauguration of New Students, Rector: Undip Is Populist Campus 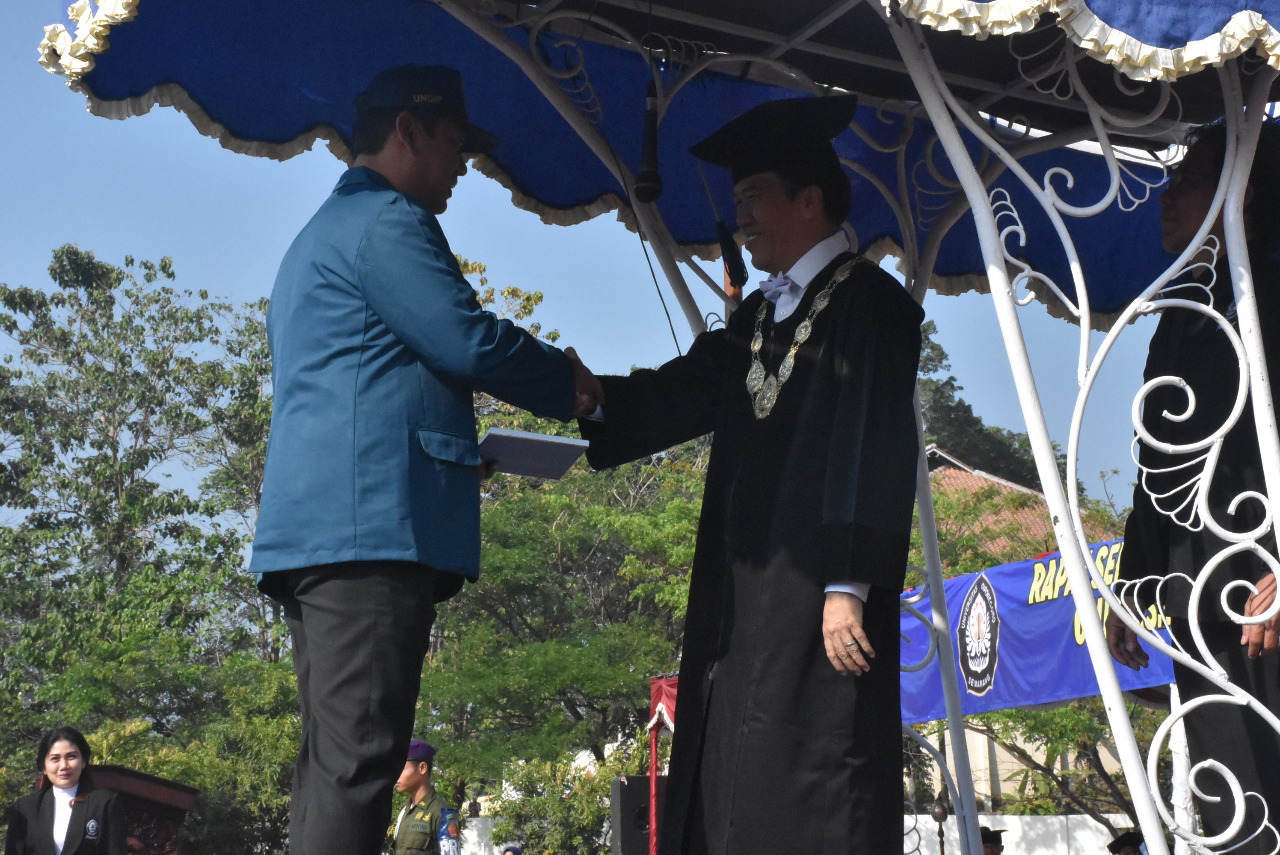 A total of 11,381 best children of nation were admitted by Diponegoro University (Undip) as new students on 2018-19 academic year. The new students, who consist of 140 students of doctoral program, 964 students of Magister program, 142 students of Specialist program, 16 students of Profession program, 8,239 students of Undergraduate program, and 1,896 students of Vocational School, are inaugurated by Undip’s Rector Prof. Yos Johan Utama on Monday  (August 6, 2018) at Undip Stadium, Tembalang.

In front of thousands the next leaders, Rector said that Undip is populist campus which has big compassions, as Undip does not only serve for high-economic students but Undip firmly ensured that it will serve underprivileged students at least 20% of the existing quota. “Even the fact that Undip has given access to more than 30% of underprivileged students, both by  Bidikmisi program and single fee tuition (UKT) arrangement of group 1, 2 and 3. On this year, more than 1,000 students has admitted by Undip (in this arrangement),” he said.

“Ladies and gentlemen the freshmen of 2018 academic year, Undip is a miniature of Indonesia, as Undip’s students consist of all ethnic groups in Indonesia, (they are) from Sabang to Merauke. Eventhough you are from different ethnic groups, Undip unify all of you into one.

In Undip there is no primordialism or ethnicity, there are no Papuans, Javanese, Batak, Bugis because we are all people who love Republic of Indonesia, so we are one, we are people of Indonesia,” he said.

Rector said that in Undip it is not permitted radicalism, ethnicity primordialism, racism, etc. There is no place in Undip for deviant ideology against Pancasila. “Let us promote and carry on Undip’s ideas, such as hard work, honesty, on time, tolerance, love each other, innovative, noble spirit, responsible, humble, and tawakal (perfect trust in and reliance on God),” he said.

“In Undip, students are educated for spreading ‘virus of loving each other’ and spreading rahmatan lil alamin (a mercy to all creation) after they graduated. Therefore, I firmly do not permit all measures of hazing and bullying while they are studying in Undip because the measures are crimes and violations of human rights,” Rector said.