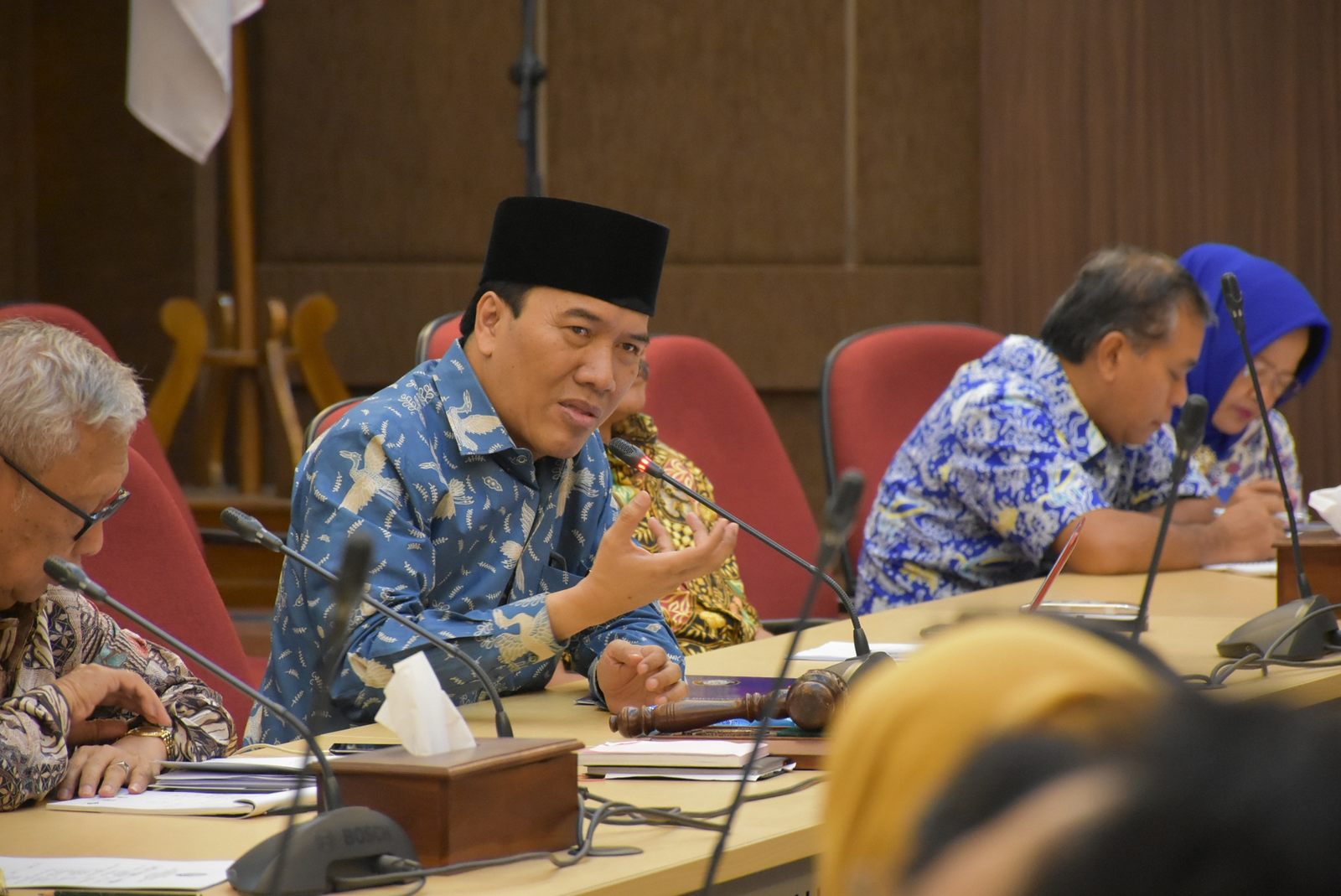 Thursday (23/5) the Academic Senate of Diponegoro University held a Focus Group Discussion (FGD) eventat the Undip Tembalang Academic Senate’s Main Session Room. The event was attended by all professors, professor councils, and Undip academics. The event was aimed at harmonizing academic performance, educational quality assurance procedures and refining the proposals of professors in the Undip environment.

The FGD presents 4 panels or discussion materials, which are; Undip’s Organ Alignment, Academic Quality Assurance SOP, Completion of SOP Undip as suggested by the Professors, and Academic General Policy.

“We already have an additional 5 new professors whose decrees have already been issued, two of which were confirmed in June 2019, while there are 2 additional candidates that whose names have been on the ministry table,” said Prof. Sunarso.

The Undip’s Rector on this occasion expressed his gratitude to the speakers and attendees for the holding of the FGD event. Prof. Yos added that in order to advance Undip’s performance, there are several aspects that must be considered, namely about institutional, student affairs, publication, innovation, research, and the acceleration of professors.