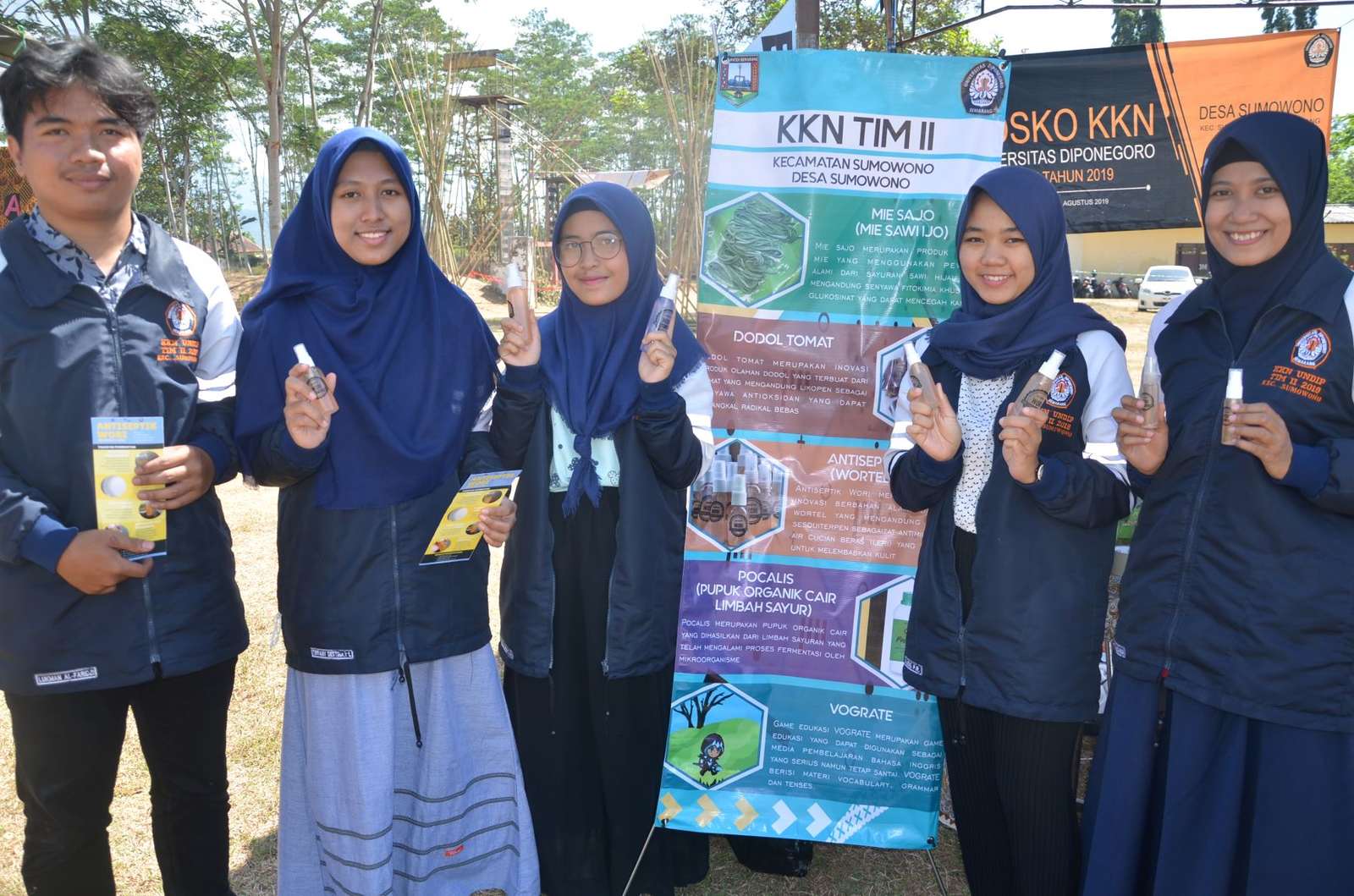 According to Tiffany and its group, at the time of socializing this product to the public, there were apparently many people that got interested in making it themselves because it was made from carrots and water from washing a rice. Tiffany explained that the steps in making this antiseptic is quite easy, peels a carrot and wash it clean, add a little water then blend it, then just filter the mix. For leri, it can be made from water from washing a rice twice. Both ingredients were added with 70% alcohol with a ratio of 2: 1: 1.

“The mixture of this ingredients is homogeneous if being shaken and the antiseptic is ready to be used in parts of the body that needs it especially hands. The composition of this antiseptic is 50% carrot juice, 25% water from washing a rice, and 25% alcohol,” continued Tiffany. Tiffany and its group hope that people will become more aware of their health by starting with small things, such as using Wori antiseptics which the ingredients do not harm the environment.

The Utilization of Turmeric to Eliminate the Livestock Stools Odor

According to Diyan Fitriyani, Muhammad Fadel, and the student of community service team from Kemawi Village, Sumowono Sub-district – Semarang, turmeric or curcuma domestica besides being used as supplementary food for livestock to improve metabolism and anti-bloating for cows, the water can also be utilized as a way to kill germs and neutralize the smell of livestock stools in a cattle shed, such as a chicken coop or cow shed.

“The steps to make it is quite easy, finely mash the turnip and soak it with water then just filter it. The first filter can be used as a mixture to feed or drink for livestock, the second filter that is not concentrated can be used for deodorizing stools. Just put it in a spray bottle and it is ready to use,” said Diyan.