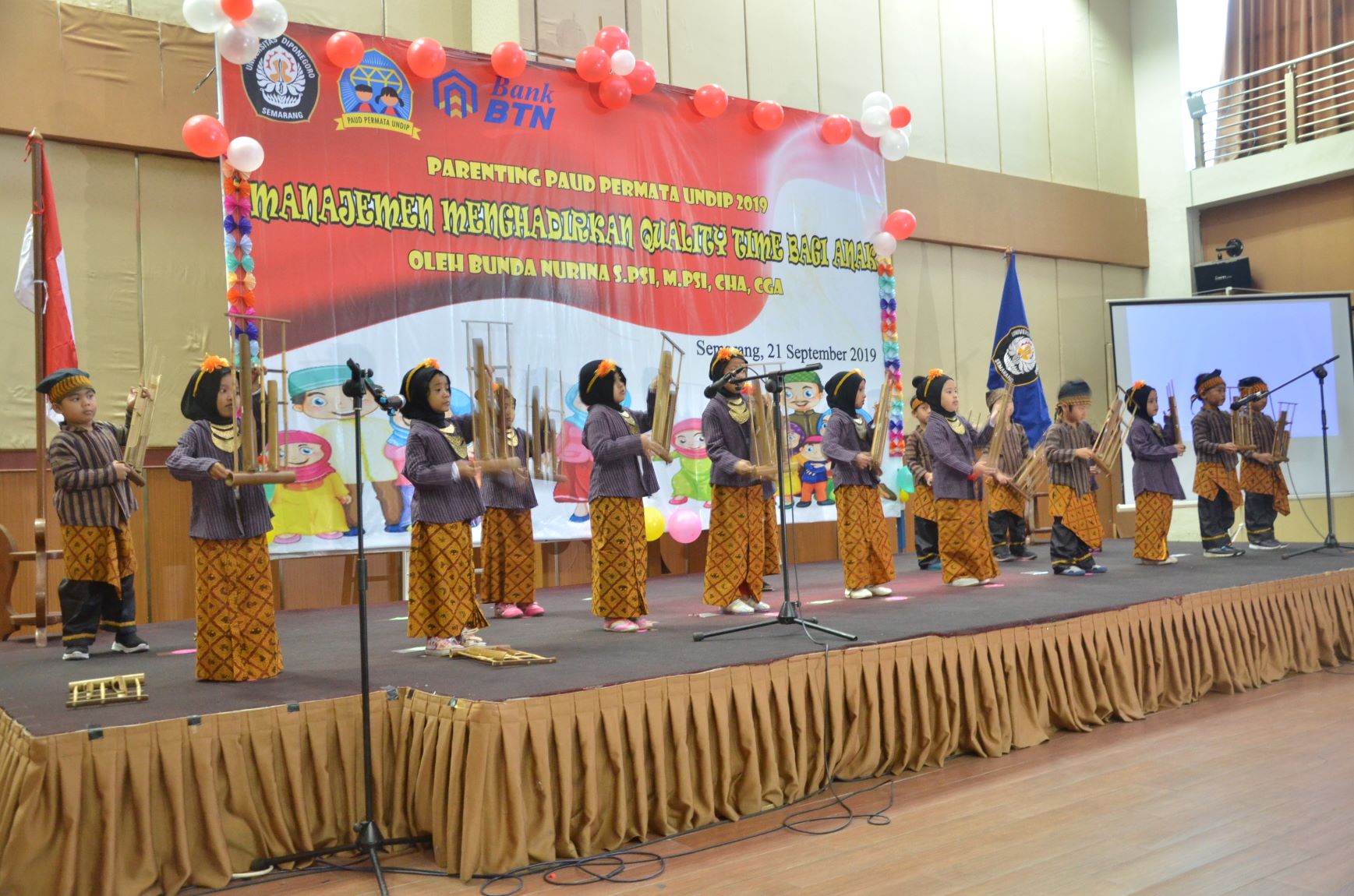 The event also featured a performance from PAUD Permata students, such as dancing, choir and angklung. The show-off performance is intended to hone the skills and courage of students to appear confident without losing the original nature of children who are funny and adorable.

According to the Rector, by looking at the performances of children, we will see the greatness of the children when they did something wrong as for example is when dancing, even though they are wrong they are still giving its best on public.

Bunda Nurina, S.Psi, M.Psi, CHA, CGA as presenters of Parenting with the theme of Management Presents Quality Time convey that children’s characters in the future are formed from their past, for that the character of children must begin to be formed early on.