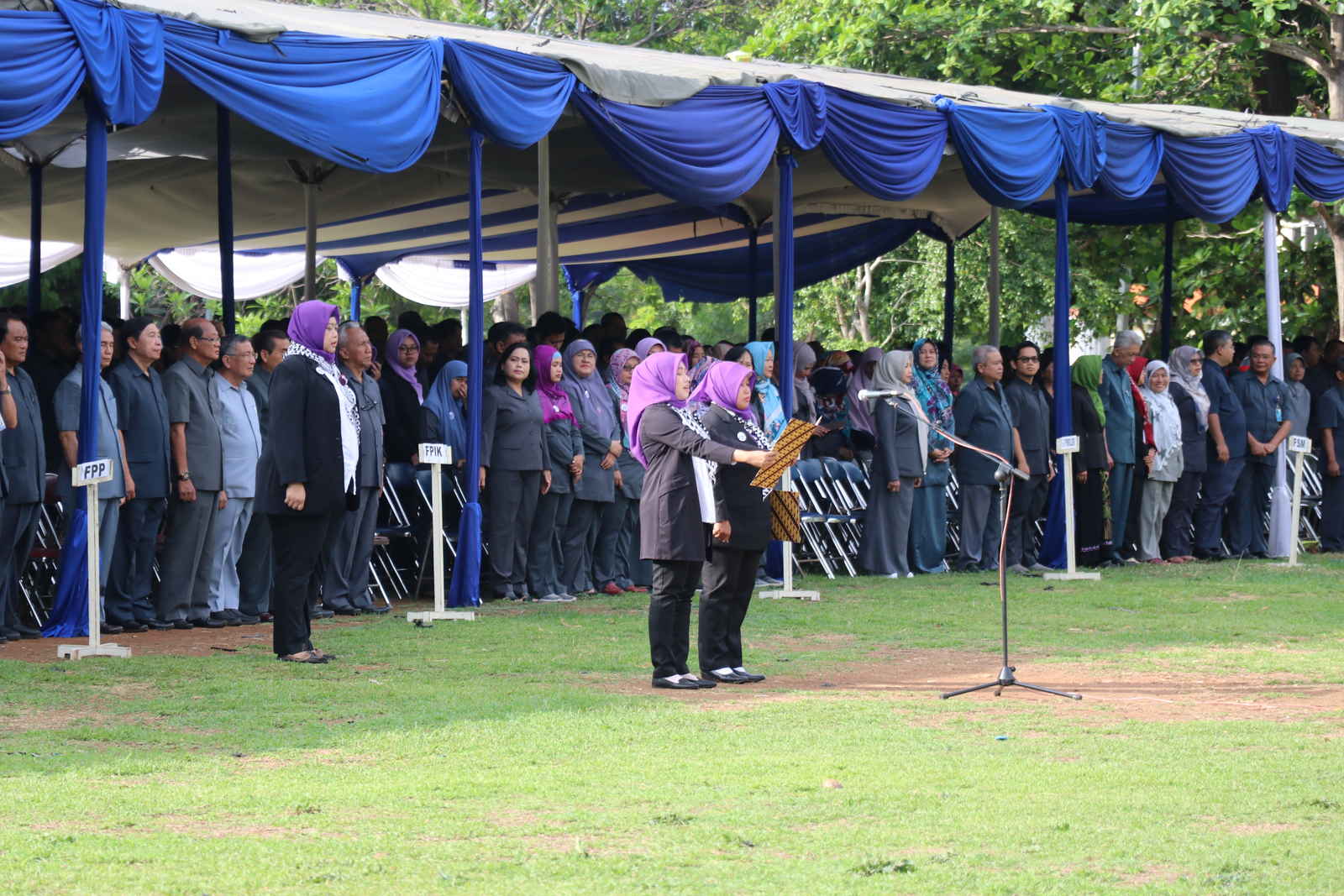 In his speech, the rector read the written speech by the Minister of Women Empowerment and Child Protection. This Mother’s Day ceremonial was becoming the first step for national development in women empowerment. “The Mother’s Day celebration is always celebrated every year on December 22nd as a national day and a milestone for Indonesian. Nowadays, Indonesian women tend to be aware and active in receiving equal opportunity in various field of development.” It is hoped that the women will be more empowered by having the same opportunity for better Indonesia.

On the ceremonial of Mother’s Day celebration, the brief history of the annual Mother’s Day celebration was being read. It was as an appreciation for the political struggle of women who held the First Indonesian Women’s Congress on December 22, 1928. All of the ceremony officers were women; there are lecturers from the Faculty of Public Health. At the end of the ceremony, they sung Hymn and Mars Dharma Wanita by Dharma Wanita Choir Diponegoro University.