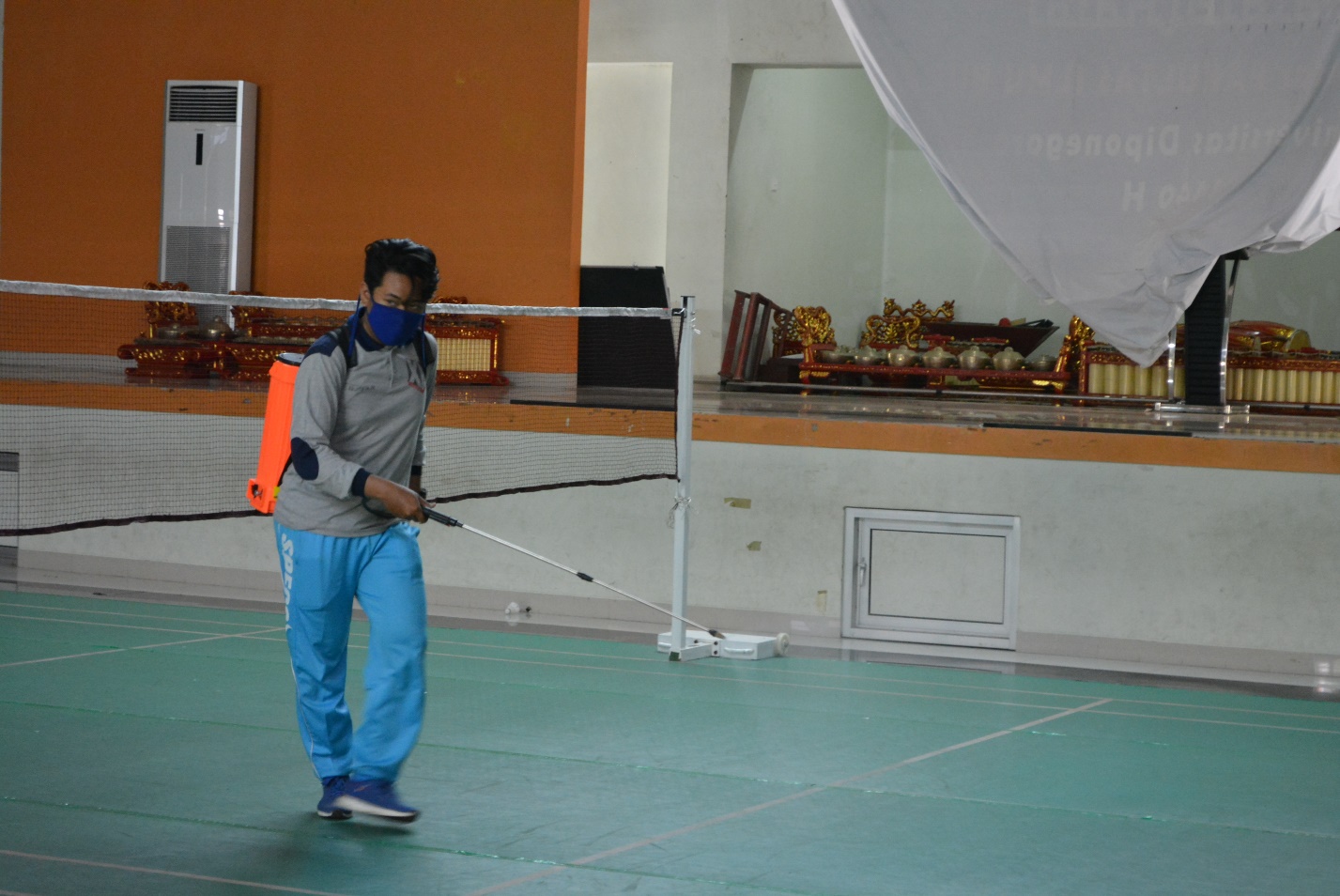 Diponegoro University is holding a series of events on the 63rd Anniversary includes badminton and tennis tournaments. During the pandemic period, UNDIP collaborated with the Diponegoro Disaster Assistance Response Team (D-DART) to carry out several preventive efforts to break the chain of the spread of Covid-19. The activities carried out are spraying disinfectants on the field which will be used for badminton tournaments on October 7th and tennis tournaments on October 10th.

This disinfectant spraying is carried out at the venue for the tournament, which is Undip Faculty of Humanities (FIB) Badminton Court and Undip Rusunawa Tennis Court on Tuesday (6/10). Spraying disinfectants using chlorine liquid is a mitigation step (action to reduce the impact of a disaster) as an effort to prevent the transmission of Covid-19. “Spraying is actually mitigation, means prevention where activities will be carried out. So, before the activity is carried out, hopefully this place will be sterile, “said dr. Bayu Widjasena, M.Erg., Representative of the D-DART Faculty of Public Health (FKM).

Even though the tennis tournament will be held on October 10, the spraying of this disinfectant is still carried out today. This is because the disinfectant liquid is proven to be effective for up to nine days with the minimum number of people going back and forth to the room. The team of volunteers from D-DART is apparently not only involved Undip educators but also students from various faculties at Undip.

Furthermore, Bayu explained that the tournament participants which were from Undip internals will still comply with the health protocol as recommended by the government. This activity is of course carried out in commemoration of Undip’s 63rd Anniversary. According to him, while this activity has a positive impact and complies with existing health protocols, the activities can still run. “This activity is in commemoration of Undip’s Dies Natalis, it’s a shame if there are no activities at all and this is also healthy. The principle is that health protocols and spray mitigation must be carried out,” said Bayu.