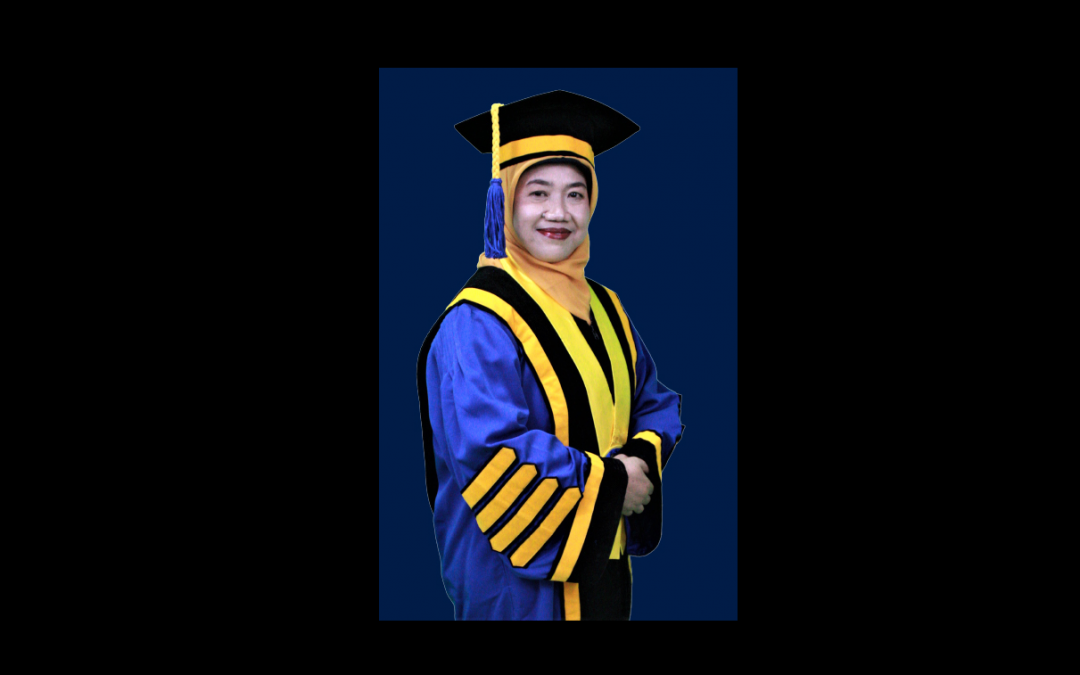 SEMARANG – Lecturer of Department of Accounting, Faculty of Economics and Business Diponegoro University (UNDIP), Prof. Dr. Indira Januarti, SE, MSi., Ak, CA; said the implementation of ethics-based governance can prevent fraud in the organization. Reflecting on the existing cases, fraud can be prevented if the strengthening of organizational culture is carried out.

In her inauguration as a professor in the field of accounting at Faculty of Economics and Business Undip, Indira said that there are still many cases of fraud in Indonesia indicating that the implementation of governance is still limited to mechanistic and regulatory, tends to ignore ethics and elements of sustainability. “Governance is carried out to the extent that it is mandatory, there are regulations that require it. Meanwhile, the voluntary nature is still lacking,” said Indira when delivering a scientific speech entitled “Fraud Prevention through the Implementation of Ethics-Based Governance” at the Open Session of Undip Academic Senate, on Friday (4/6/2021).

Based on the survey results of ACFE (Association of Certified Fraud Examiners) Indonesia, it can be seen that the first factor (27.6%) of fraud incidents is due to weak internal control caused by the leaders’ attitude which cannot be set as example. The second highest percentage of fraud perpetrators is the manager position (29.4%) and the third is at the leadership level (23.7%).

Meanwhile, the causes of financial statement fraud are due to lack of supervision by supervisors, excessive compensation, less independent auditors, and inadequate control systems. As a first step, fraud can actually be identified through financial statements. By comparing the ratios in the financial statements of previous years, if there are noticeable and significant changes, further analysis of the background of these changes can be carried out to determine whether these conditions are reasonable or not.

Based on the 2016 and 2019 ACFE Indonesia surveys, fraudulent financial statements increased from 2% to 6%. An example that caught the public’s attention because it involved big companies and big names is the repeated fraud cases at PT. Garuda Indonesia, including bribes of € 1.2 million and US $ 180,000 or worth 20 billion rupiah, and in the form of goods worth US $ 2 million. This case is involving its former Managing Director. The bribe was given by Airbus SAS and Rolls-Roys for the purchase of 50 Airbus aircraft engines during 2004-2014.

Another case that occurred at PT. Garuda was the smuggling of Harley Davidsons and Brompton bicycles which involved the President Director of Garuda and resulted in the decreasing of stock prices. There was another Garuda fraud case involving its subsidiaries in 2019 related to the provision, installation, operation, and maintenance of connectivity service equipment.

The first woman who becomes a professor of accounting at Undip, and the second woman who became a professor at Faculty of Economics and Business Undip emphasizes that fraud is an unlawful act that is carried out intentionally for certain purposes, such as manipulation or giving false reports to other parties. The action can be carried out by individuals from inside or outside the company with the aim of obtaining personal or group benefits that harm other parties directly or indirectly.

Indira, who completed her undergraduate, postgraduate and doctoral Accounting Studies at Undip, argued that the company no longer focuses on the owners (shareholders) but on all stakeholders consisting of management, employees, community, investors, creditors, government, suppliers, consumers. This will have implications for better accounting discipline because accounting is not only about financial statements, but includes the concepts of governance, accountability, social and environmental reporting.

The company can continue to exist if it can create new value for stakeholders. The existence of information disclosure by relying on technology functions is a demand and cooperation with partners is carried out with a time orientation for the long term.

The key to success of the implementation of governance is the leadership as the highest decision maker. One of the important things that is often stated in the code of ethics in every company is to include integrity and objectivity. Leaders who have high integrity are expected to set an example. This is in accordance with the motto of Ki Hajar Dewantoro “ing ngarsa sung tuladha, ing madya mangun karsa, tut wuri handayani” which means that the figure in the front be an example, in the middle as an encouragement, in the back as a motivator. It is hoped that governance can be implemented properly by the leaders who have integrity, uphold information disclosure and transparency. Communication with supervisors, both internal and external, becomes an effective collaboration to prevent fraud. Thus the company can maximize value for all stakeholders. The creation of value for stakeholders can be realized because of the harmony of performance and performance responsibility.

The supervisor of about 11 courses mentioned that the performance of corporate governance is related to efforts in developing and using effective strategies to respond positively to pressure, namely by increasing compliance with systems and processes for better performance. The conformity of the company’s performance is manifested in the accountability of the company, regulated by company regulations and accounting standards, the adequacy and reliability of company reporting, and the effectiveness of the risk management system.

Conformity not only helps financial success, but can create sustainable corporate value by paying attention to the triple bottom line, namely profit, planet, people. Sustainability can be achieved when the company earns an economic profit (profit), then it is used to establish partnerships (people) and improve the environment (planet).

Regarding her achievement in achieving the highest academic degree as a professor, she hopes to be an inspiration to mothers. “In the midst of teaching, researching and taking care of the family, the position of a professor can also be achieved,” said the person who claimed to have passed the entrance test as a lecturer but the inauguration was postponed because she was single.

To be sure, the wife of Ir. Slamet Supriyanto and the mother of K. Eka Yanindra, S.T., apart from family encouragement, the hopes of both parents that education is an important thing is her spirit. The great hope that is pinned by her father by giving the name Indira – taken from the name of the Prime Minister of India, Indira Gandhi; now realized. At least Indira becomes the first woman to hold the position of a professor of accounting at a well-known university with the status of a Legal Entity State University.

“Actually, my goal after graduating middle school is to continue to Teacher Education School so that I can immediately work as a teacher. But parents pushed to enter high school and suggested studying at Undip. Therefore, I am very grateful that my dream of becoming a teacher is given the opportunity to become a professor,” she said. (PR team)