dr. Martha Ardiaria (Lecturer of Faculty of Medicine Undip): Loving Traditional Art is not Shameful Thing in the Modern Era 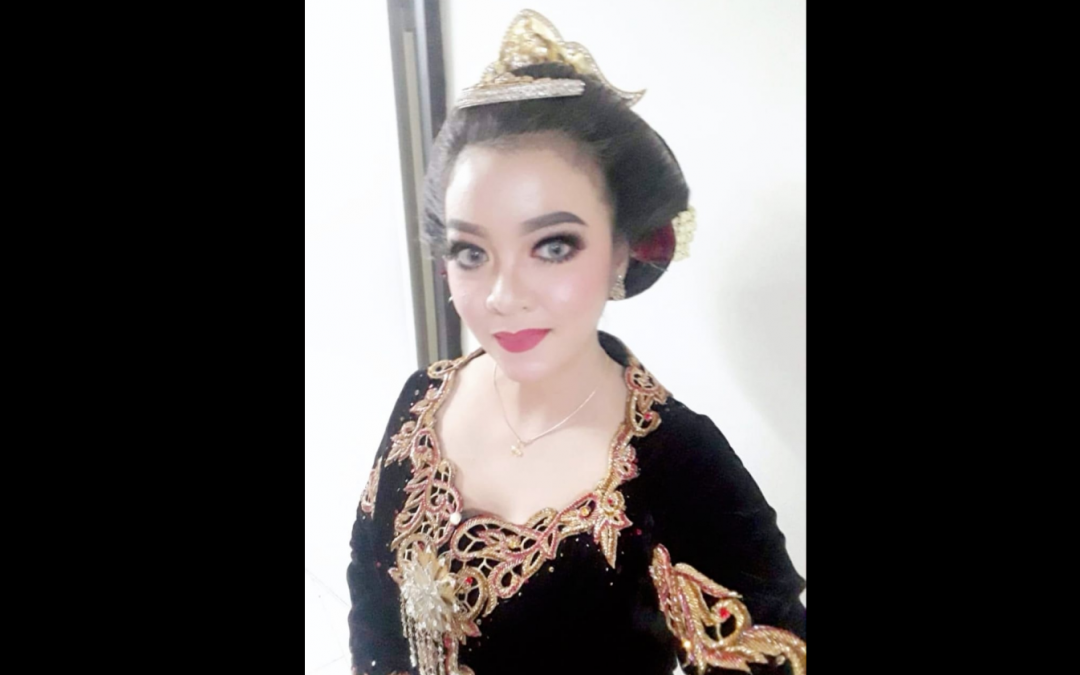 This swift globalization era certainly opens up opportunities for many foreign cultures to enter, but for dr. Martha Ardiaria, Lecturer of Faculty of Medicine at Diponegoro University, remains steadfast in loving Indonesian culture with a focus on traditional dance.

“I am a person who is bound by identity and feel comfortable with the identity that is attached to myself, including tradition or cultural arts. So I love our cultures because it’s part of self love, and it happens naturally. Every culture has its strength and weakness. As for myself, I am always comfortable wearing my own clothes because I don’t use the standards that other people use to judge good and bad, appropriate or inappropriate and so on. I set my own value, this is in the context of loving one’s own culture. So on the basis of being comfortable being myself with a cultural identity, that’s what makes me always proud of my own art or culture, even though others’ cultures are also good. I am not anti-foreign culture but I prefer to describe myself as appearing as I am and loving who I am, including my culture and customs,” she said.

“The contribution I can give to the community is by participating directly in art events, whether in dancing, singing, or wayang (shadow puppet) events. I was once a member of Ngesti Pandowo Puppet Art Group Semarang and regularly performed every Saturday night, or at other special events. For singing events, I was once a member of Campur Sari Group at Bank Jateng and as guest of monthly program on TVRI Central Java,” she continued.

dr. Martha indirectly wants to convey the message that traditional art is not something to be ashamed of, or outdated, or less prestigious. Art is a matter of taste, all good, by their own standards. And art is not a black and white world, art has many spectrums, has its own advantages and should not be compared.

“I never had the view that an art has a superior position than other types of art. In a broader scope, I want to raise awareness about the value of art that a person’s preference to choose what they like do not require approval from other parties. So we like what we really like, do not just tossed around with the flow,” she said.

At Undip, dr. Martha also has the opportunity to become the supervisor of Student Activity Unit of Arts (dance and choir activities). She tries to explore the minds of today’s students about what makes them prefer popular culture (eg. Korean Pop culture) than our traditional arts. This can be described one by one, the reasons why some people think that traditional art is something ancient so that concrete steps can be taken to protect traditional arts to not to be extinct. It is unavoidable that there are some things that may need to be modified because it is natural that what is not adaptive will become extinct eroded by time.

In the midst of her busy schedule as a lecturer as well as a doctor, she can still divide her time to practice dance or to have performances. “There will available time when it comes to do things you love, with good time management, which means not procrastinating so that the activities do not pile up. When I work, I don’t think about anything other than work, as well as when I’m performing arts or other activities. It takes experience to be able to balance various aspects of life. Even though it doesn’t always work, until now I still have to learn,” she said.

dr. Martha likes the stories ofwayang purwa, which are also played inwayang orang (human shadow puppet). The story is mostly based on the Ramayana and Mahabharata books. According to her, the philosophy of wayang stories is very deep. Wayang itself means shadow, or it can be interpreted as a picture of the stories that occur in this world. The thing that is very often described by wayang is human character. In wayang, there is no absolute character, there is always a speck of good in something evil, and vice versa. No black is truly black, and no white is truly white. For her, this value is important, because it makes us try to understand what someone is thinking or doing, for example, it is not easy to judge something because everything is relative. And the end is to practice empathy, feel what other people feel, and all of that is also something that is needed in the medical profession.

“I have danced since kindergarten, so the stage is everywhere, but in general I have performed at schools or colleges, in several agencies, hotels and cafes in Jakarta. While studying in Jakarta, I became a Balinese dancer, then in several art buildings in Semarang, Jakarta, and Surakarta. I have also participated in wayang orang festival at RRI Surakarta, and represented Undip in Indonesian Night Market at Indonesian Night Market 2012. I think dancing is in parallels with meditation, because when I dance my mind relaxes, time seems to stop, life is no longer being rushed by something. In such conditions happy hormones are produced so that our perspective on life or problems becomes different, more relaxed. Even from physical movement, if it is done seriously and regularly, it can be counted as physical activity that is equivalent to sports. So this dancing activity is good for mental and physical health,” explained dr. Martha.

“Be comfortable with yourself, there is no need to feel inferior or superior to other cultures, because all have their own charm, like flowers with their own kinds of beauty and all beautify nature. Be honest with yourself, thus what is not good in ourselves or our culture should be eliminated, and good things are being maintained. Likewise, when we adopt foreign cultures, there must be a filter, not all of them are adopted outright. Go to the ends of the world, fly as high as the horizon, but never forget who you really are. The subtlety that exists in arts should be used as an exercise to sharpen one’s conscience, so that one is able to feel what is good and what is not, to be used to do good deeds,” she conveyed her messages to the younger generation.

As an Undip lecturer, she hopes that Undip academic community will be more accepted by a wider community. “Hopefully Undip graduates will have superior competencies as a form of their learning achievements. It shows that Undip can produce independent graduates who spread benefits, live meaningful lives, and not be part of massive natural destroyers. Besides the national and international academic achievements of Undip’s lecturers and students, Undip’s excellence is unquestionable,” she concluded. (Linda – Public Relations)