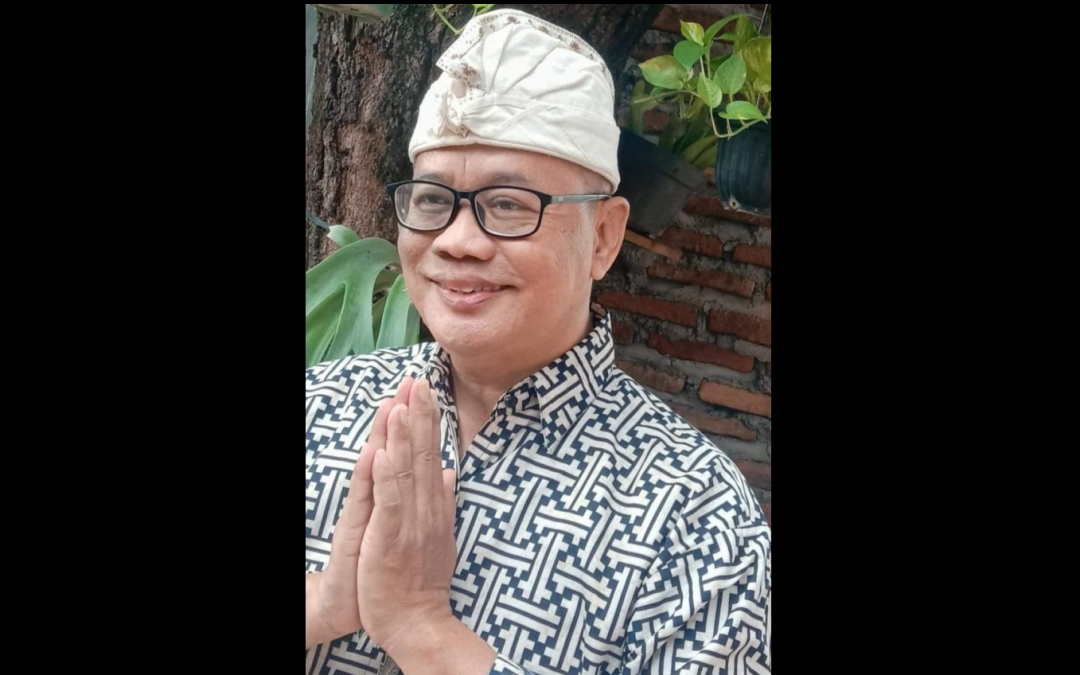 The 76th Anniversary of the Republic of Indonesia is celebrated in the midst of the struggle against Covid-19. Even though this year Indonesia is still plagued by a pandemic, it does not decrease the enthusiasm of the people in welcoming Indonesia’s Independence Day. The public can still feel the spirit of commemorating Independence Day by online, starting from the flag ceremony, to participating into online competitions.

“The Covid-19 pandemic that we are facing together will further strengthen our social solidarity which has become a national tradition, namely the spirit of ‘Gotong Royong’ / mutual cooperation. It’s good that we interpret ‘Gotong Royong’ not as a magic spell, but rather a call to care for others with empathy and willingness to dedicate ourselves and our possessions to help fellow citizens in need. In this sense, we can celebrate this Independence Day with gratitude to God Almighty through compassion for our brothers and sisters who have survived Covid-19,” said Drs. Slamet Subekti, M. Hum., Lecturer of History, Faculty of Humanities, Diponegoro University.

“This compassion can be manifested in various forms, such as volunteering for health workers, ‘jaga tangga’ (guarding the neighbors) movement, ‘Canthelan’ movement which provides packages of vegetables and basic necessities that are hung in front of the fence and free for community, and so on. These movements are possible to be carried out starting from the awareness of citizens who feel called upon to do something for the common good. It is the government’s obligation to overcome the Covid-19 pandemic, but we citizens are also called to contribute in the spirit of ‘Gotong Royong’,” he continued.

He said that Independence Day for the Indonesian people through the momentum of the Proclamation of 17 August 1945 was essentially liberation from the shackles of colonialism. Since Indonesia became independent, it has the sovereignty to determine the fate of its own nation. In this sense, the first dimension of our country’s independence is political – to borrow Bung Karno’s term that independence is the “Golden Bridge” to the glorious future of Indonesian nation. This is the first political capital owned by our nation to formulate an agenda for the future about how to develop this independence, by building various political, economic, socio-cultural, and defense-security infrastructures.

“Fortunately we have visionary founders of the country by first uniting all components of the nation as social capital. Here is the importance of the basic philosophy of the state, Pancasila, as the binding value that unites all the nation’s children with extraordinary diversity. In short, our nation’s post-independence agenda is to develop a cultural strategy to build Indonesian nation. The development aims to realize national goals based on the core-culture of our nation as stated in the values of Pancasila,” he explained.

According to him, talking about nationalism and the spirit of love for the homeland (patriotism) is a conditio sine qua non – which must exist to confirm the identity of a nation. Any country consciously instills nationalism and patriotism into its citizens, including to the younger generation. The experience of the Fascist countries for example, the cultivation of nationalism and patriotism are carried out by means of indoctrination; different from democratic countries using a cultural approach. “I agree with the cultural approach, in the context of making citizens aware of their rights and obligations in the context of fulfilling human rights.”

“I am one of those who are optimistic about the function of education as an effective medium for the transformation of the values of nationalism and patriotism. Experience shows that the learning model of Pancasila and Citizenship Education so far needs to be packaged more attractively by providing free space for students to directly see how the political superstructure and infrastructure in this country are carried out. The experience can be gained from activities such as visits to executive, legislative, and judicial institutions at the national and international levels. From these visits, students will know firsthand, and in turn can perform critical analysis based on a theoretical framework on state practice in the field,” he said.

He further said that during this pandemic, of course, many of us face limitations, for example it is not possible to visit directly in groups to the Mayor/Regent Office or open meetings of Regional House of Representatives. However the visit activities can be replaced by visiting the related Website / Youtube Channel, in addition to provide extra discussion rooms (virtual discussion) with utilizing information technology facilities. The ‘learning by doing’ learning model with active involvement of students is important to open insight, and this is difficult to achieve with a mere theoretical learning model.

“For the millennial generation who live in the world of information technology, of course they face bigger global challenges than my generation who entered college in the 1980s. I think it’s important to build optimism, and I think this applies to all generations. In essence, whatever the study program we take and the profession we have in the future, with optimism and blessings of God, we can dedicate it to be a good benefit. Therefore, it is better for us to remain enthusiastic and committed to celebrate this independence with achievements according to our respective positions and achievements,” he concluded. (Linda – Public Relations)