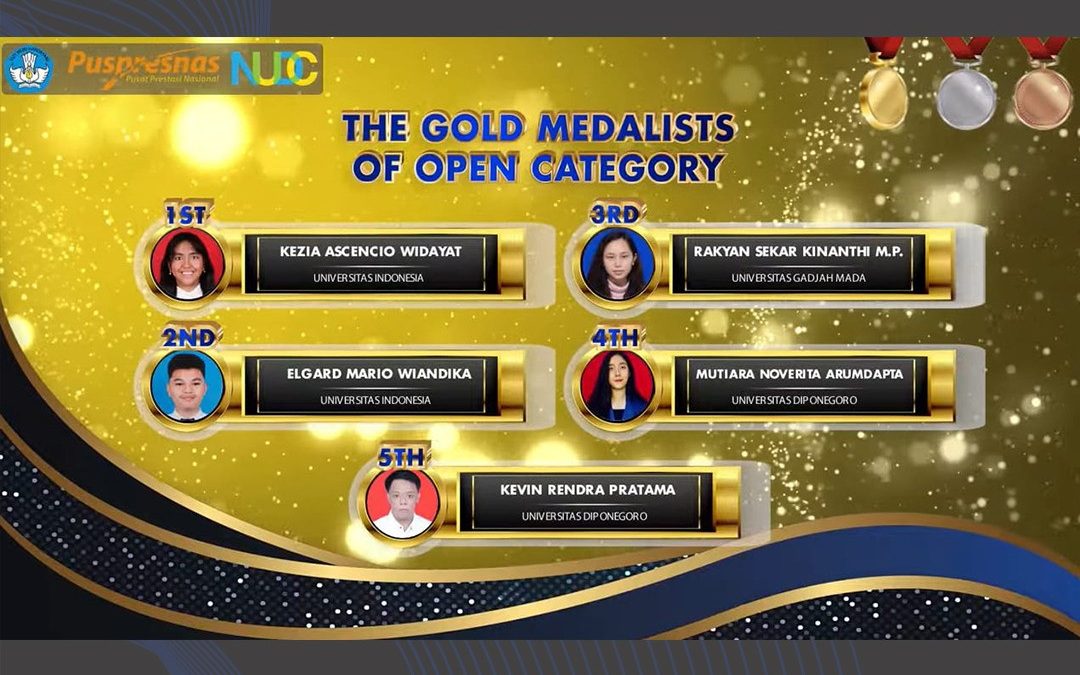 He added that this achievement brought Undip to become the 3rd National Joint Champion, meanwhile in Open Category Championship, Undip managed to occupy the Co-2nd Runner Up.

“Undip congratulates the students on the achievements in NUDC and KDMI events. Hopefully it will be an inspiration for the fellow students,” added Agus.

“I feel that this competition is the biggest event for English debate competitions throughout Indonesia. It is a milestone that is expected by me and also many friends of debate community to take part in this competition,” said Mutiara at NUDC Awarding Night & KDMI National Level 2021 which is broadcasted through Youtube channel of Ministry of Education and Culture of the Republic of Indonesia, on Saturday (04/09).

NUDC and KDMI are annual events that bring positive impacts for students throughout Indonesia since they can show their best skills in critical thinking and communication both in English and in Indonesian. These events are also increasing self-confidence, developing networks between universities, and fostering a sense of unity and pride to diversity, nation and culture.

In his report, Head of National Achievement Center, Asep Sukmayadi revealed that the total participants who took part in this competition were 672 students from various universities throughout Indonesia.

NUDC and KDMI were officially opened by the Director General of Higher Education on August 24th 2021 and will last for 11 days until September 4th 2021. The competition, which has been running since 2008 was held to create Pancasila students who think critically, creatively, and globally.