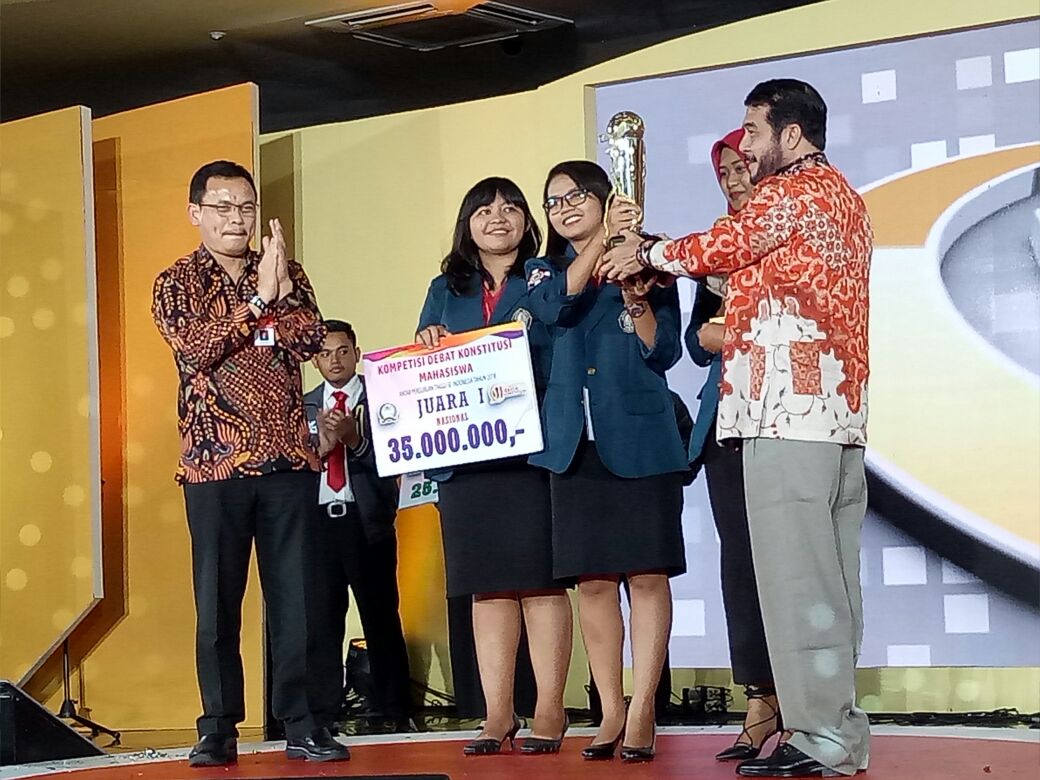 Dean of Faculty of Law Prof. Retno Saraswati addressed her appreciation to the students representing Undip for the competition, and she was very grateful for the students’s achievement. “I hope this achievement can be transfered to their juniors, for keeping the achievement in the next year national debate competition,” the professor of Constitutional Law said.

The annual debate competition has been organizing by Indonesia Constitutional Court since March 2018. The competition took place in some phases, from Phase of Elimination, Regional, and National. In the Elimination, there were 161 participants teams of higher educations, and 72 teams passed from Elimination and went to Regional phase. In this Regional phase, participants divided into 3 groups, those are West, Middle, and East in accordance with their origins. Each region has 24 teams participants. And from this phase, 8 teams went to next level, i.e. National phase.

Reached by media, Robertha Nimas, one of member Undip team debate, said that she is very excited for this achievement. She said, the event is the most prestige of law debate competitions in Indonesia. Because, it is not easy to keep survive and to go to the next phase. Moreover, the competitors have excellent competencies. She also explained that Undip team has ever failed to be number one at Regional round, and the team was only to be runner-up of Middle Regional phase. However, their hardworking as a team and learned by experiences, finally the Undip team was able to be National champion and took home the rotating trophy. “I think, result never betray its process. All of our efforts and goodwill finally paid us and Undip a happy end,” the student, who will immediately write final essay, said.(ND/HMS)