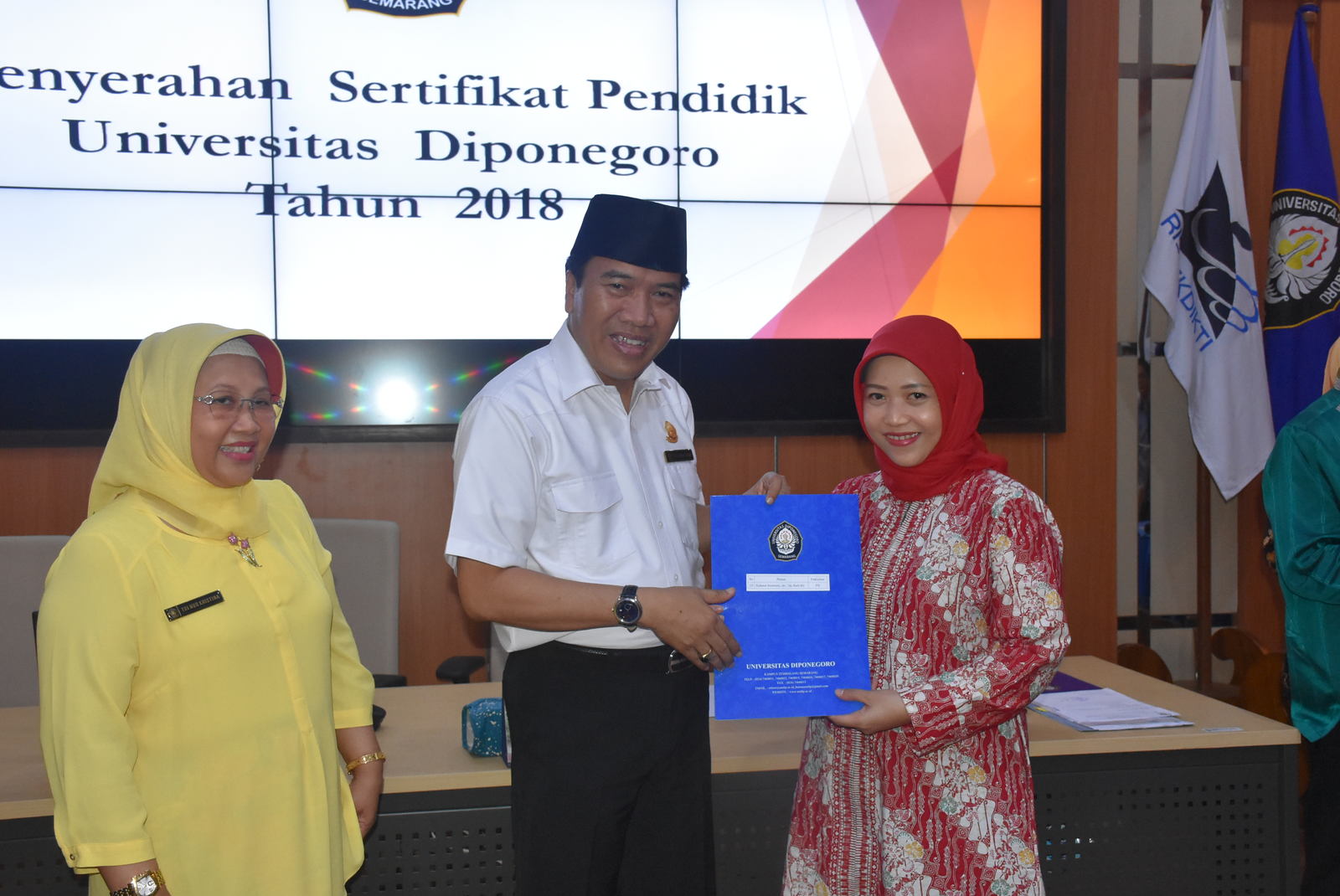 Rector of Diponegoro University (Undip) handed educator certificates to 33 lecturers on Wednesday (5/12/2018) at the Rector’s Hall, Undip Campus of Tembalang.

The Undip Rector Prof. Yos Johan Utama said that with the certificates, the lecturers  have responsibilities as not only teacher but also educator.

“Now you are acknowledged as not only a teacher but also an educator. By receiving the title of educator, there are legal, social and academic responsibilities that you have to meet,” the Rector said.

“As an educator, the most important thing is integrity. The integrity is shown at a clear direction:  get doctoral quickly,  to be professor quickly,” he said.

“Undip is running, so run with us. Undip need more doctors, more professors and more research,” he said.